It could be described as the most mythical country in Latin America. When a traveller speaks of Mexico, Hispanic civilizations, colours, adventure and exoticism are the first words spoken. With its 122 million inhabitants and its rich and legendary culture, Mexico will seduce young and old alike. With its white sandy beaches, cactus deserts, turquoise water, the 2nd most populated country in Latin America offers a diversity of breathtaking landscapes. Beyond its natural resources, Mexico also has a very rich culture, the result of encounters between Spanish and pre-Columbian civilization. With its colours, its typical dishes and its major archaeological sites, Mexico will make travellers wander in the midst of many wonders

It is impossible to visit Mexico without discovering one of the most wonderful creations of nature. Located in the state of Oaxaca, the "Hierve el Agua" site consists of two gigantic waterfalls 30 and 12 metres high, frozen in time. The waters composed of calcium carbonate and sulphur have created a true work of art in the rock in the middle of this green nature. To do so, you must take the Mitla road, but beware, however, the site is not easily accessible, hence its absence on most tourist routes.... You can also swim in the small springs, rock baths made by Mother Nature, whose temperature rarely falls below 25 degrees. Classified as a UNESCO World Heritage Site, Hierve el agua, which means "bubbling water" in Spanish, is a site that is highly appreciated by tourists and locals alike.

Located on the Yucatán peninsula, Chichén Itzá is an ancient Mayan city, classified as a UNESCO World Heritage Site since 1988, and is one of the most visited archaeological sites in this part of Mexico. The pyramid of Kukulkan, also known as the "Castillo" - castle in French -, from the top of its 24 meters is considered one of the seven new wonders of the world. You can also discover the Temple of the Warriors, and El Caracol which means "the snail" in French. The name Chichén Itzá means "at the edge of the Itzas well" and takes its name from its location and the Itzas tribe. The Toltec architecture holds an important place in this city.

128 km from Cancún, in the province of Yucatan, lies Tulum, a "fortress" in Maya. This archaeological site is the only city built by the Mayans by the sea in the 6th century. A well chosen place since this site would have been a high place for commercial business. Abandoned after the conquest of Yucatan in 1544, the Mayans reportedly continued to frequent Tulum to celebrate ancestral cults. Perched on its rocky point, its main building, nicknamed "El Castillo", overlooks the entire beach and the Caribbean Sea. At its feet: turquoise water, fine white sand, a beach as far as the eye can see without any construction and a Mayan temple in the background. All this overlooked by the ruins of Tulum. A paradisiacal place only 10 minutes from Xel-Hà

They are to Mexico what Venice is to Italy. At the time of the Aztecs, Mexico City was a huge lake where the population developed chinampas - floating gardens for vegetable production. Today, only a very small part of this lake remains, in the Xochimilco district. The cause: the drying up by the Spaniards, who had gone in search of the Aztec treasure. Listed as a UNESCO World Heritage Site since 1987, the Xochimilco canals are one of the country's largest tourist attractions. Every day, a multitude of multicolored boats, the trajineras offer visitors a small piece of Mexican identity. Embarking on this kind of floating market means discovering craftsmen, local food and mariachi groups

Translate: the pepper filled with sauce. Chili, a chilli pepper, is one of the flagship products of Mexican cuisine. Its revisits are many, but the traditional recipe remains that of the chilli pepper stuffed in sauce. This dish was born in the state of Puebla around 1821. Legend has it that, to celebrate Mexico's independence and the arrival of Agustin de Iturbide, their saint, as the country's new emperor. The chili in nogada has the 3 colors of the Mexican flag. The dish therefore consists of roasted green poblanos peppers, stuffed with cooked meat and fruit. The whole is covered with a white walnut sauce. To add Mexican colour, pomegranate seeds and parsley cover the whole thing. This dish is frequently served during national holidays such as Cinco De Mayo

The village of San Agustinillo is located one kilometre south of Mazunte. The inhabitants who used to fish for marine turtles have now turned to tourism. It is a pleasant village, not yet fully developed (part of the bay is still unspoilt) which offers a more family atmosphere than Zipolite and Mazunte. Hotels and restaurants line up along a main street along the beach. So wherever you are, the sea is never far away. The waves are stronger than in Mazunte, which makes it possible to practice body-surfing and even sometimes surfing. However, part of the bay is quite quiet, protected by rocks.

The caves of Cacahuamilpa

The Cacahuamilpa caves are considered among the most beautiful on the planet. They are more than 2 km deep and you can admire beautiful stalactites and stalagmites several meters high. Inside the caves, there is total darkness on most of the path. For several years, the Mexican government has had lighting installed to highlight the beauty of the limestone formations, but for safety reasons, the caves can only be visited as part of guided tours. As the caves are huge, the visit is long and takes a little more than 2 hours. In addition to visiting its various lounges (which can be over 80 metres high), you can also choose to get a little wet and swim down the underground rivers.

Mexico City is a contrasting palette of what you can see elsewhere in the country. The people of this city are a mixture of ethnic groups, living in working class neighbourhoods with their very lively markets, and on the other hand, in very rich neighbourhoods. Mexico City alone produces 40% of the country's economic wealth. Most foreign companies are represented here. Culturally, the city has an impressive number of quality museums and is ranked 4th in the world for the number of theatres it hosts. The richness of Mexico's capital is such that visiting it - if only to try to do so - gives a better understanding of the soul of Mexico.

The island was discovered by Hernán Cortés in 1534, who initially named it Île des Perles because of its abundance. A century later, the Spanish sailors Juan de Iturbide and Francisco de Ortega renamed it the name it now bears. Even more than an island, it is an archipelago located 25 kilometres north of the city of La Paz. It is a refuge for many species of birds and marine mammals, including sea lions and dolphins. The whale shark, the largest known fish, is visible in the area between August and February. Surrounded by an intense blue sea that turns turquoise as it approaches the coves of fine sand, it is an ideal place to hike, kayak, dive and snorkel. 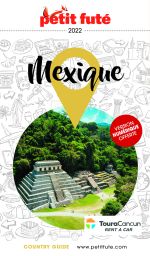 Where to go in January? Where and when to go: destinations and advice

To start the year on the right foot, there's nothing like a little getaway! But where to go in January? Here are a few ... Read the article

South America is known as a land of foodies, with fine, spicy cuisine, diverse influences and unique combinations of ... Read the article