It is the largest of the Ponant islands (83 km²) 14 km off Quiberon. All the landscapes are gathered there: fertile fields, arid moors, cliffs and jagged coast of the Atlantic facade with the famous needles of Port-Coton and the astonishing cave of the Apothicairerie, beaches of fine golden sand facing the continent. It is not surprising that great names have come to caress it with their words, their brushes and their music. Prévert, Claude Monet, Courbet, Matisse, Vasarely, Flaubert, Proust, Derain, Colette, Sarah Bernhardt... have all come to draw inspiration and reverie from its beauty

The Palace and the Vauban citadel

A land appreciated by famous artists, it has since lived mainly from tourism. Four municipalities make up the canton of Belle-Ile. Around these four towns, there are more than a hundred villages, some of which have only a few houses. Otherwise, you can buy your fresh products every morning on the market of Palais (all year) or on Sunday morning in Locmaria. Taste the tomatoes, strawberries and melons of Belle-Ile, you will be surprised by their quality

Le Palais is the "capital" of the island, both administratively and economically, and is the smallest and most "populated" commune with about 2,580 inhabitants. Its port is the main gateway to the mainland. Le Palais offers the visitor a unique military historical heritage in France, with its fortified urban enclosure in which one likes to stroll. The town is bustling in the summer with the arrival of boats and you can enjoy strolling through the local morning market

Fortified by Vauban, the "Cuirassé de l'Atlantique" overlooks the port of Palais. This remarkable military architectural complex, recently renovated, still retains traces of the fortified castle of the Dukes of Gondi and Retz that the changes made until the 19th century have not erased. The construction of the urban enclosure was only completed between 1802 and 1877. This set of ramparts, ditches and bastions is a unique and intact testimony to the military architecture of the 19th century and a pleasant and rewarding place to walk around. Privately owned since 1960, it houses a museum that tells the fascinating story of Belle-Ile, its illustrious men and artists who loved it. You can discover the daily life of sailors and fishermen. Temporary exhibitions are organized there. Housed in the Citadel, the varied collections bring back to life the great hours of Belle-Ile: its rich history, the daily life of the people of Belle-Ile in the past and the memory of the generations of artists who found inspiration there following Claude Monet or Sarah Bernhardt

Bangor and its famous rocks

Founded by monks from across the Channel around the 6th century, Bangor is the island's inland town. Its low white houses huddle around the church of Saint-Pierre-et-Saint-Paul which replaced an old Romanesque chapel. It also has the wildest territory on the island and the most exposed to the south-west winds. The rocks with spectacular shapes are legion. Starting with the unavoidable Aiguilles de Port-Coton, undoubtedly the most famous site on the island. Many painters have been fascinated by the beauty of these jagged rocks. Among them is Claude Monet, who produced more than 30 paintings and drawings around the Aiguilles de Port-Coton. The name Port-Coton comes from the foam which, when whipped up in heavy weather, forms large foamy flakes comparable to cotton.

For swimming, the pretty beaches of Herlin, Kérel or Donnant find refuge on the rocky coast. Donnant, nestled below the cliffs, is superb and imposing. This beach of fine golden sand, which regales the eye with an exceptional landscape, is in summer a paradise quickly taken over. People don't come here for the peace and quiet but for the spectacle of its waves, which make it a privileged place for surfing and body-boarding enthusiasts.

Finally, you can't miss the Goulphar lighthouse, designed by Augustin Fresnel. Its tower measures 53 metres. After climbing its 213 granite steps followed by an iron staircase, one reaches the lantern. On a clear day, the panoramic view of the island and the mainland, from Lorient to Croisic, is simply magnificent. It is one of the most powerful lighthouses in France.

Highest point of the island, this town founded in 1070 now has 872 inhabitants divided into 33 villages. Locmaria differs from the other communes by its more developed agriculture, its dense habitat, its important hamlets and its almost total absence of maritime activities. Its gentle and wild coastline offers the highest cliffs of the island as well as the beautiful and large beaches of Port-Andro, Samzun and Grands Sables. With its 2 km of fine sand, it is the longest beach of Belle-Ile. Like all the beaches of the interior coast, it is well sheltered from the prevailing winds. Its exposure gives it sunshine throughout the day and there are many shellfish to be found. Supervised in July and August, it is perfect for water sports. You should also take a look at the church of Notre-Dame-de-Locmaria. It is the oldest religious building on Belle-Ile. It has a 17th century choir and an 18th century bell tower. A legend tells that Dutch pirates having broken their mast had cut a tree in front of the church. Our Lady deformed the trunk, which was rendered unusable. Many pilgrims used to come to thank Our Lady of Bois-Tors.

This adorable little port, which offers a landscape all in pastel, the second commune of the island, has long had fishing as its main activity. Sauzon welcomed the first fish canning factories in 1843, but today, although there are still some fishermen mainly with traps (lobsters, lobsters, spiders ...), its port activity has turned to the pleasure. This commune presents astonishing landscapes as well as unmissable centers of interest like the Pointe des Poulains. With the Aiguilles de Port-Coton, it is the most visited site of Belle-Île, a must-see whose superb reputation is not usurped. Every year, no less than 150,000 visitors come to admire the breathtakingly beautiful scenery. Dominated by an automated lighthouse and autonomous thanks to the presence of solar panels, the Pointe des Poulains offers a unique and exceptional panorama. In good weather, you can see Groix, Lorient and the whole of Quiberon Bay. People also come to Sauzon for the coastal path, the property of Sarah Bernhardt, the menhirs Jean and Jeanne or the bird reserve of Koh Kastell. Located on the wild coast of Belle-Ile, this reserve, created in 1962, is home to one of the most beautiful seabird colonies in the region. Its entrance is protected by mounds which act as ramparts. Several colonies of black-legged kittiwakes, brown gulls, herring gulls, crested cormorants and oystercatchers can be admired here

The Apothecary's Cave is also in the area. Among the many caves that dot the coast of Belle-Île, this one is probably the most famous... and the most beautiful. It owes its name to the cormorants that once sheltered there, resting on the inner corbels of the rock like jars on the shelves of a pharmacy. Because of the dangers it presents, access to the Apothecary's cave is forbidden, but the panorama offered by its site on the wild coast and the moor is unique.

When is it open? As soon as the weather is fine

How to get there. Head for Quiberon, then, from the ferry terminal, two ships and a speedboat in the summer, provide a 45-minute link between Belle-Île and Quiberon all year round 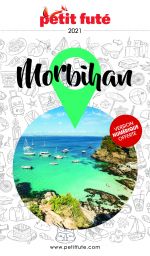