The oldest temple in Tokyo is also the most popular. In the surrounding streets, there is a permanent festive atmosphere.

Situated in the heart of the Asakusa district, it is hard to miss this gigantic and colourful complex, which is as much a Buddhist pilgrimage as it is a big fairground. It is the place where the Tokyo inhabitants gather to celebrate special occasions in one of the most famous places in the city. Indeed, Sensō-ji is nothing less than the oldest temple in Tokyo, and is the centre of many celebrations throughout the year. The Sanja-Matsuri, a festival that celebrates the three founders of the temple, takes place in May and attracts crowds. In July, the temple is right in the middle of the Sumidagawa fireworks festivities, and in August, it dances to the rhythm of the Samba festival. For all these reasons, it is one of the city's must-see visits. And the rickshaw pullers waiting for the barge at the entrance of the temple should not contradict us!

Legend has it that the temple was founded in 628 by two fishermen who had hauled in their nets a golden statue of Kannon (goddess of compassion). With the help of a rich merchant who taught them the teachings of the Buddha, they built the temple to protect it. The Hon-dō, the main building, dates from 1651 but was destroyed along with the Nio-mon portal and the pagoda during the World War II. A replica of the Kannon-dō was erected as early as 1950.

The entrance to the temple is through the Kaminari-mon gate, which is on Asakusa-dōri. Built of wood, this imposing red door was burned down and rebuilt in concrete in 1960. Two terrifying guardians, the god of wind (Fūjin) and the god of thunder (Raijin), flank the gate as a gigantic red paper lantern with kanji inscriptions descends in its centre. It is under this lantern that all passers-by stop for the traditional souvenir photos. From the door, the long Nakamise shopping street stretches out, lined with souvenir shops. Going up this street leads to the second door, the Hozo-mon. The Hon-dō is located north of the Hozo-mon gate. A formidable copper censer gives off smoke with which the faithful baste themselves. To the southwest of the beautiful garden, designed by Enshū Kobori, is a monastery, the Denbōin, and a five-storey pagoda, the Gojūnotō. At 53.3 meters, it is the second highest pagoda in Japan. Although the building has existed since 942, it has been destroyed and rebuilt many times and the present building dates from 1973. Relics of the Buddha are located on the top floor.

Opening time and information on SENSŌ-JI 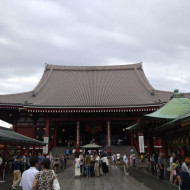 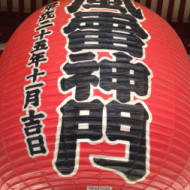 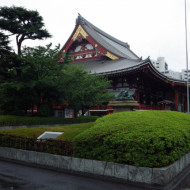 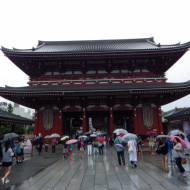 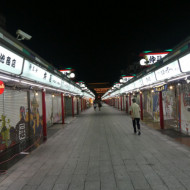 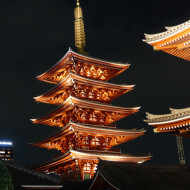 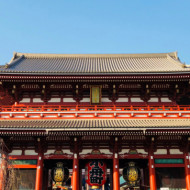 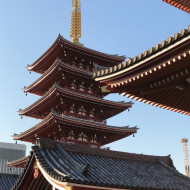 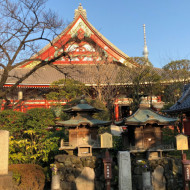 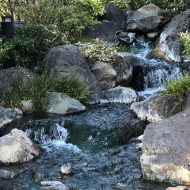 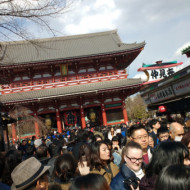 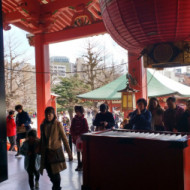 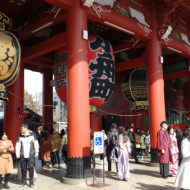