The Essentials of Berlin

The third most visited city in Europe, the German capital is, with its 3.5 million inhabitants, in permanent transformation. After the fall of the Wall in 1989, Berlin regained its role as the political capital of a reunited Germany. The city is also the European arty reference. East Berlin has a unique effervescence where concepts are made and broken down. A vibrant city that remains a first-class historical destination. From the Island to the Museums to the Brandenburg Gate and places of remembrance such as the Holocaust Memorial, Berlin is both creative and modern and steeped in history. 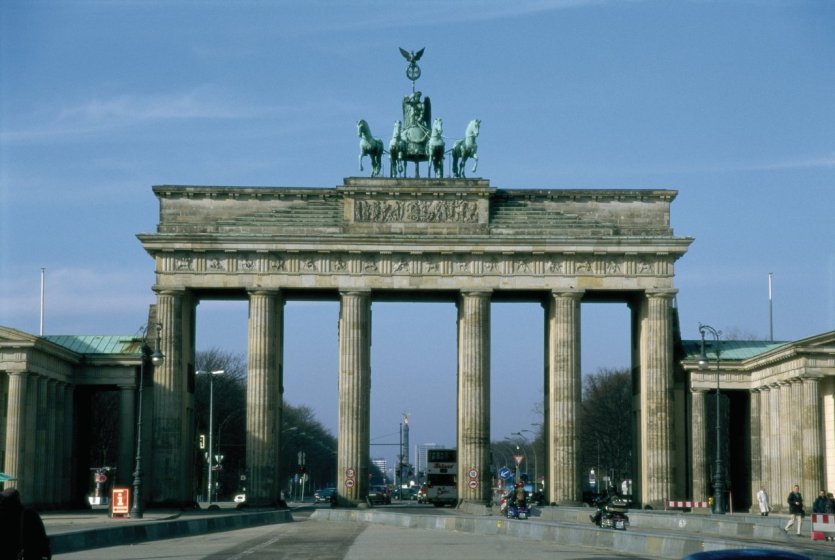 This is Berlin's most emblematic monument! Built between 1788 and 1791, the Brandenburg Gate is the last rescuer of the 18 Berlin doors. Located in the old West Berlin, its neoclassical architecture is inspired by the Propylés of the Acropolis of Athens. The king of Prussia, Frédéric Guillaume II, was looking for an ideal architecture to highlight Unter den Linden Avenue. At the top of the building stands the quadrige, representation of the goddess of Victory. During the Cold War, the Brandenburg Gate symbolized the division of the city. Visitors to the west were on the platform to look across the Iron Curtain. The Brandenburg Gate now means the reunification of the country. Such a powerful symbol that it even appears on the German coins of 10, 20 and 50 cents. 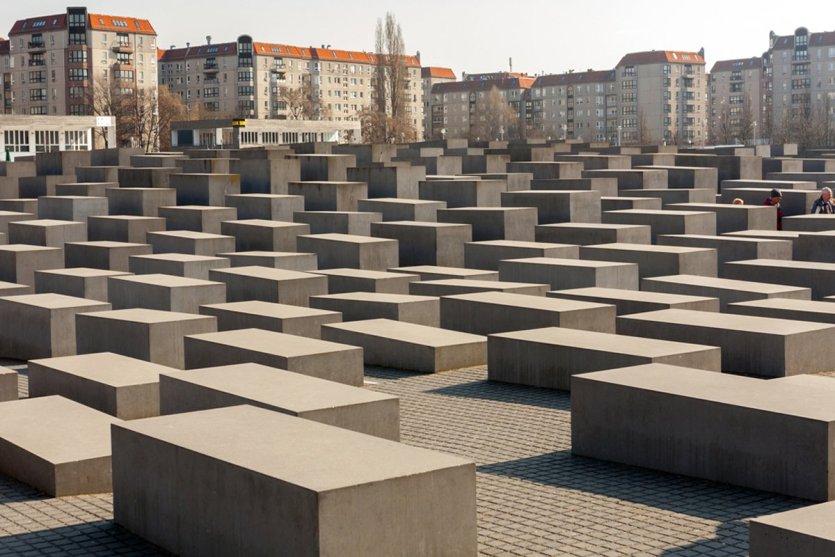 In Mitte's neighborhood, not far from the Brandenburg Gate, the Memorial to the murdered Jews of Europe stands. This package is dedicated to Jews victims of genocide perpetrated by the Nazis: The Shoah. Work of architect Peter Eisenmann, the Holocaust Memorial was inaugurated in 2005. On a surface of 19,000 m 2, 2,711 stalls are located at the location of the Goebbels bunker. These large concrete blocks are both a huge cemetery and a labyrinth, symbolizing the sadness and anguish of the Jewish people. The stalls are all of different sizes and the soil is deliberately unequal. The more visitors get into the Memorial, the more austere the atmosphere is. Germany is signing a work of memory. 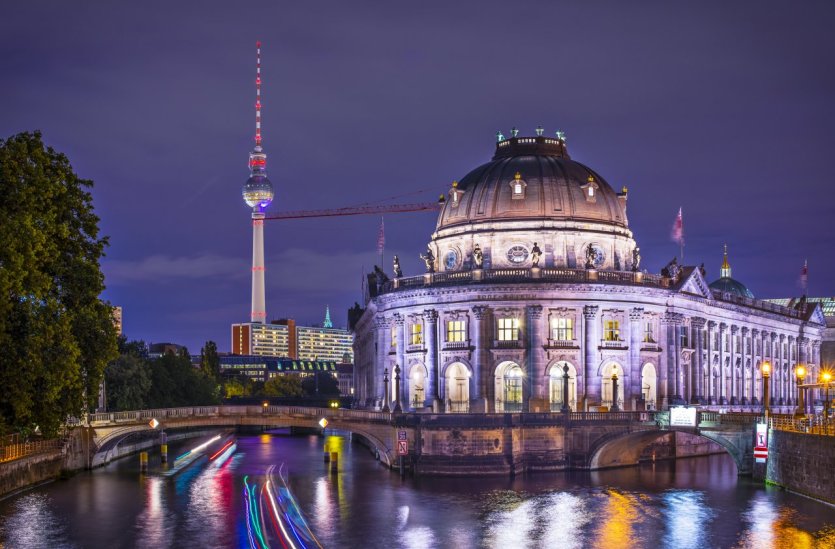 Culture lovers will have to satisfy their envy with one island: five museums! Classified as UNESCO World Heritage Site, the Island Island site was built between 1824 and 1930. On this small island of the river Spree, direction the famous Pergamonmuseum archeological museum, the Neues Museum and the Buste de Néfertiliti, or the Bode Museum. Everything is to be seen! Most works come from the private collections of the Prussian royal family. The Pergamonmuseum attracts more than a million visitors every year from all over the world. The latter come to admire Pergaman Grand Altar, Milet Market Gate and Ishtar Gate. UNESCO defines this island as: " An outstanding example in a central urban environment of the Ideal of Enlightenment to make art accessible to the greatest number. " 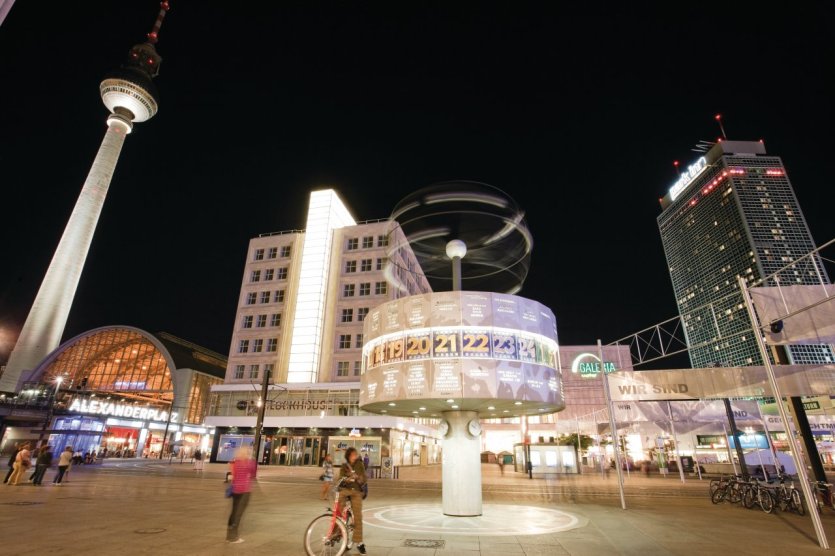 In the 17th century, Alexanderplatz was only a cattle market, then a wool market, called the Oschenmarkt. In 1805, during the visit of Tsar Alexander I, this market was renamed Alexanderplatz. The "Alex" for the Berliners was the centre of the former East Berlin, the showcase of the GDR communist regime. Today, this immense square is the nerve centre of the city. Metro, bus, tram... All transport passes through Alex. While it owns Berlin's largest shopping centre, Alexa, it is also famous for its monuments, emblems of socialist aesthetics 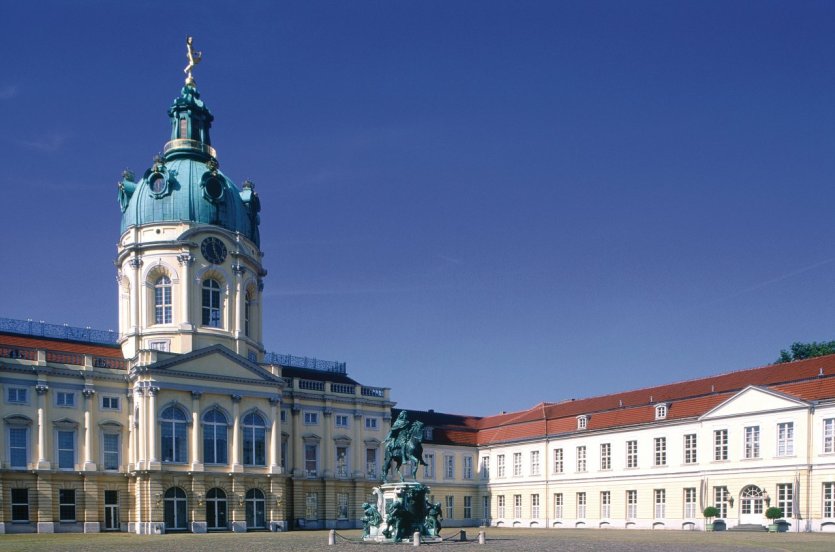 It is the largest and most beautiful residence in Berlin. Built at the end of the 17th century by Frederick III, Charlottenburg Castle was originally the summer residence for Sophie-Charlotte of Hanover. When he became King of Prussia, Frederick I of Prussia decided to enlarge the castle. The latter took the name Charlottenburg when his wife died. All generations then modulate the castle to suit their tastes. Inside, the old wing, the oldest part of the castle, contains the rooms of Sophie-Charlotte and Frederic I. The new wing allows visitors to discover Frederick the Great's collection of paintings and the Shinkel Pavilion, which hosts temporary exhibitions of contemporary art. Visiting Charlottenburg is also a detour to its English garden. 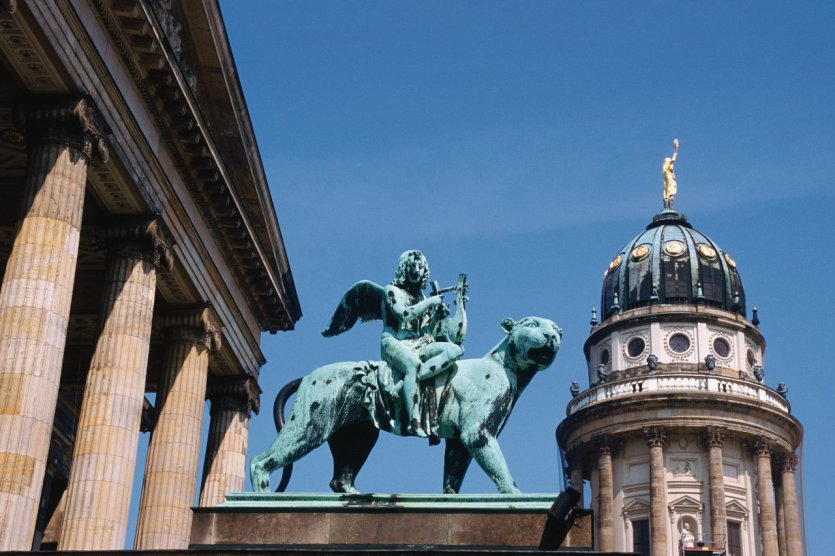 This is undoubtedly the most beautiful place in the capital. Renowned for its atmosphere of old Berlin, Gendarmenmarkt offers visitors a discovery of the city in the time of the kings of Prussia. It was in 1700 that this place began. King Fréderic 1 st wanted a neighborhood for French Protestants, expelled. His name 'the people of arms'came from the regiment that was set up on the square. Renowned for its architectural richness, Gendarmenmarkt is known for its two cathedrals. One German: Deutscher Dom. The other French: Franzosischer Dom. Another incredible monument: The Konzerthaus, an emblematic concert hall in Berlin. In the center of the square is a statue of the great poet Friedrich Schiller. 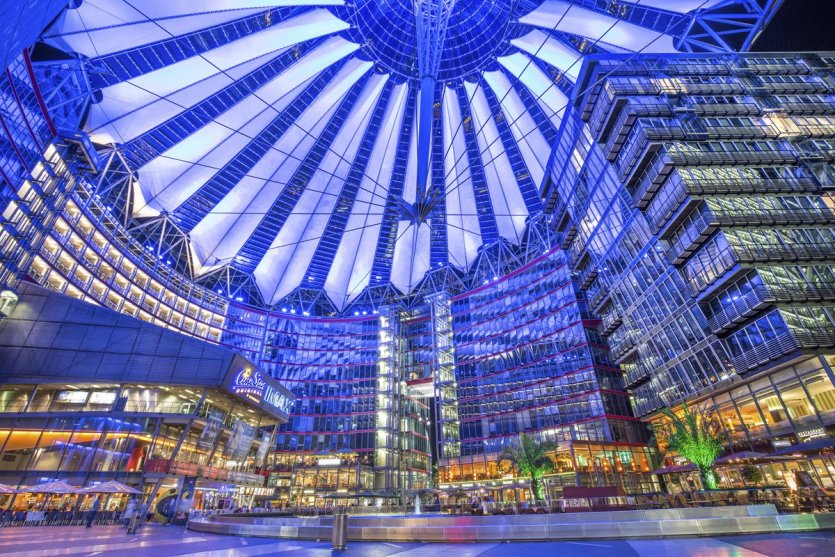 This is the image of urban renewal that is transforming Berlin! Long before the Cold War, the Potsdamez Platzwas one of the most important European convergence centres. During the Second World War, this square was the victim of intensive bombardments. Located in the middle of the demarcation between East and West Berlin, Potsdamer Platz was a kind of no-man's-land, designed to discourage escapes to the FRG (West Berlin). Since the fall of the Wall, there have been many initiatives to bring this historic place back to life. Today, we feel like we're in some kind of parallel city. On one side the Sony Center, on the other side the Marlene Dietrich Platz. The 68,000 m2 city appears to be surreal. Everything has been built with special materials, in copper shades, specially designed for the square. Its construction made it the largest construction site in Europe. 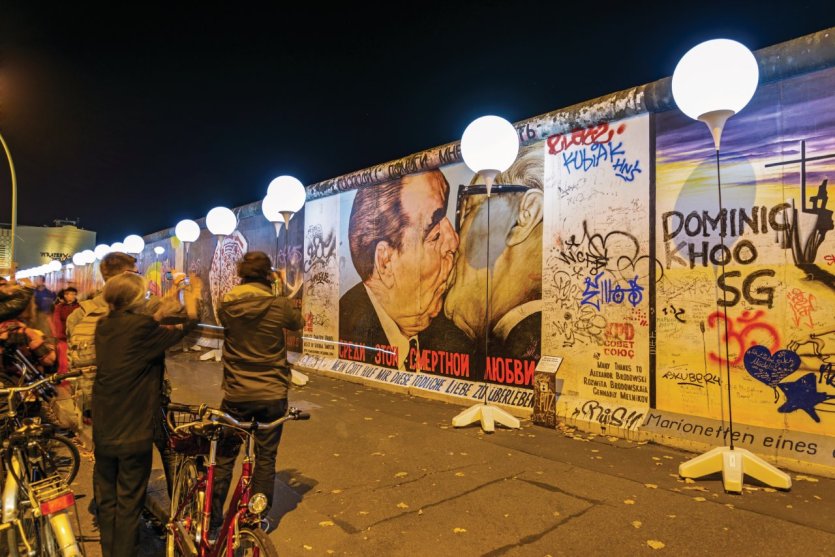 A real open-air museum, East Side Gallery is nothing more than a piece, still standing, of the old Berlin Wall. Located in the former East Berlin, on the edge of Mühlenstrasse, it is the largest open-air art gallery in the world. Over 1.3 km, there are more than 100 paintings. When the wall fell in 1989, artists from all over the world came to immortalize the fall of the Soviet regime. Paintings were already the main attraction on the west side of the wall, today, the rest of the block is dressed in a thousand colours. Some works are well known such as Dmitri Vrubel's Kiss of Friendship between Enick Honecker and Leonid Brezhnev or Birgit Kinder's Trabant. The paintings reflect Berlin's bohemian personality, a kind of surrealist images, pacifist statements, mixed with political messages 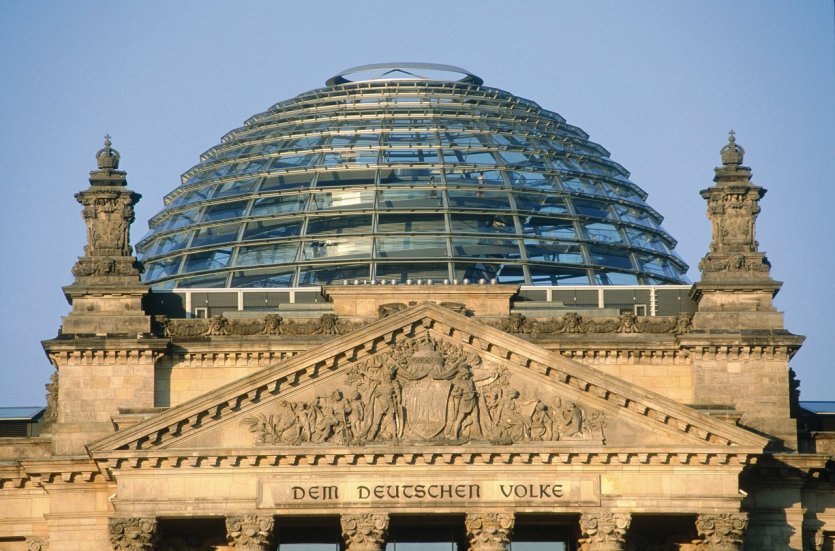 Built between 1884 and 1894, the Reichstag Palace was, during the Second Empire, the seat of the Reich (the Assembly). In the style of the great Italian Renaissance, the monument was partially destroyed by fire in 1933, just one month after the beginning of the Third Reich. During the Second World War, the palace was totally destroyed by bombardments. It was not until 1970 that it was completely restored. The Reichstag was completely transformed, the original dome was rebuilt, this time more modern. The central cone brings light into the meeting rooms. This glass roof also symbolizes the transparency that must prevail in an assembly. The motto, inscribed on the front of the palace, emphasizes the importance of the nation: "Dem Deutschen Volke" (To the German people). The Reichstag Palace is open to visitors, who can enjoy an exceptional view of the capital from the top of the dome 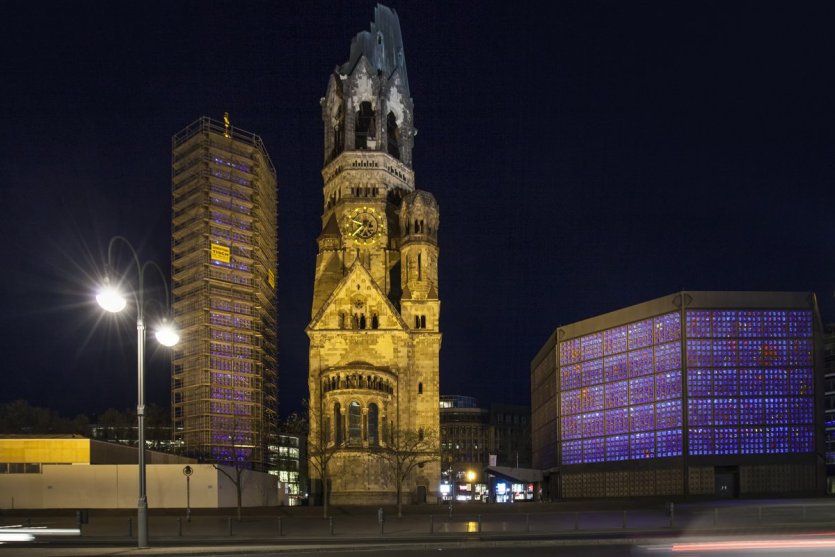 As the symbolic centre of West Berlin, the Church of Remembrance sees itself as a memorial of peace and reconciliation. Built between 1891 and 1895 in memory of Emperor William I, the Church was destroyed in 1945 by aerial bombardments in April. It was not until 1956 that the renovation was carried out. A consolidation, all in glass, was then created. Composed of 20,000 blue glass blocks, the Berliners give it the name "Poudrier. "The interior is just as surprising. In the centre, a golden Christ floats above the altar. The Memorial Church contains a Russian Orthodox cross and the famous Madonna of Stalingrad, made by Kurt Reuber in 1942. With its gutted silhouette, this church is a symbol of Berlin's heavy past and the city's duty to remember. 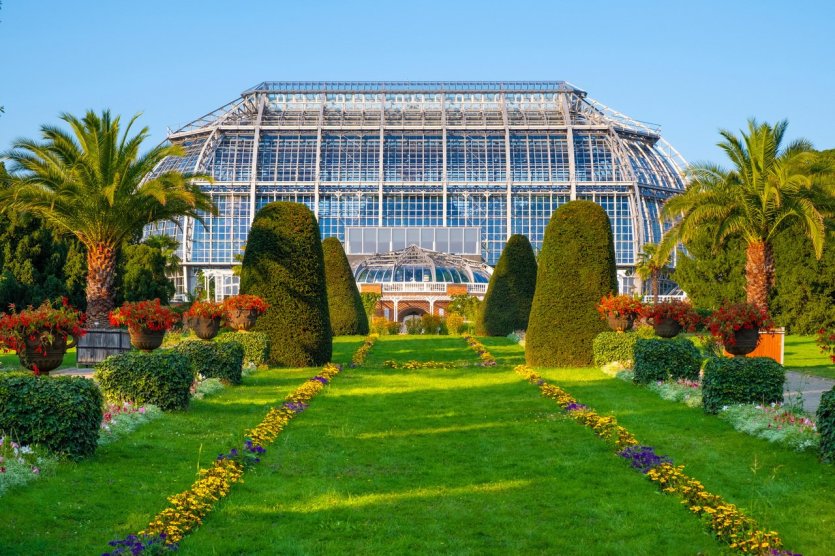 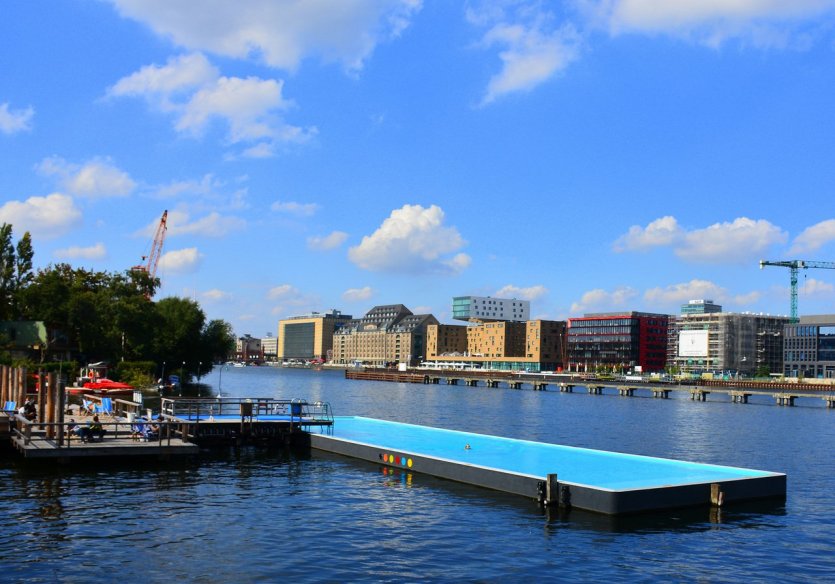 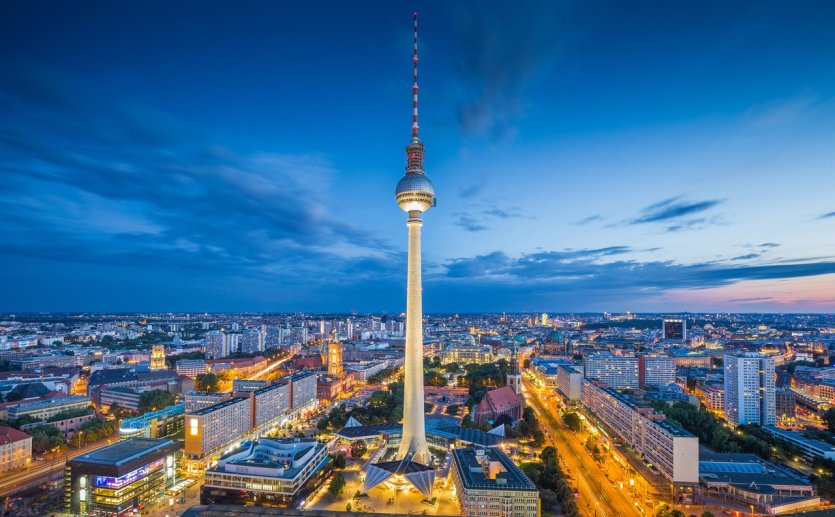 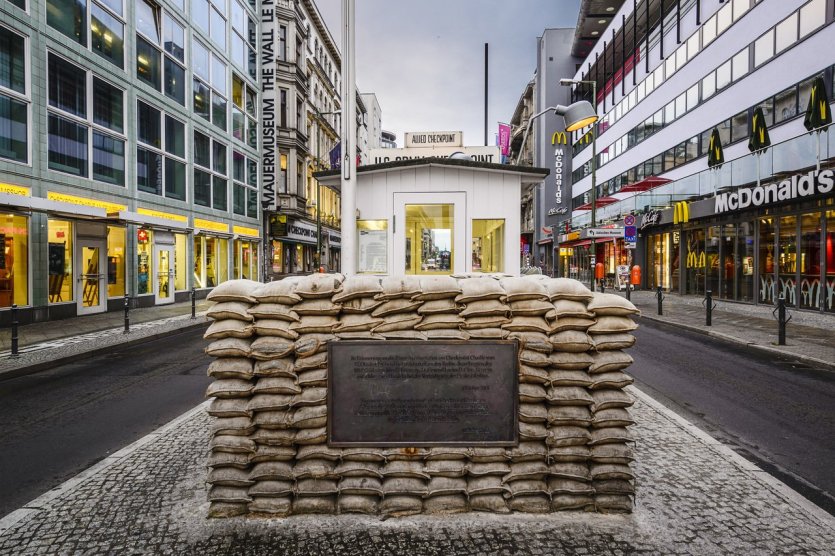 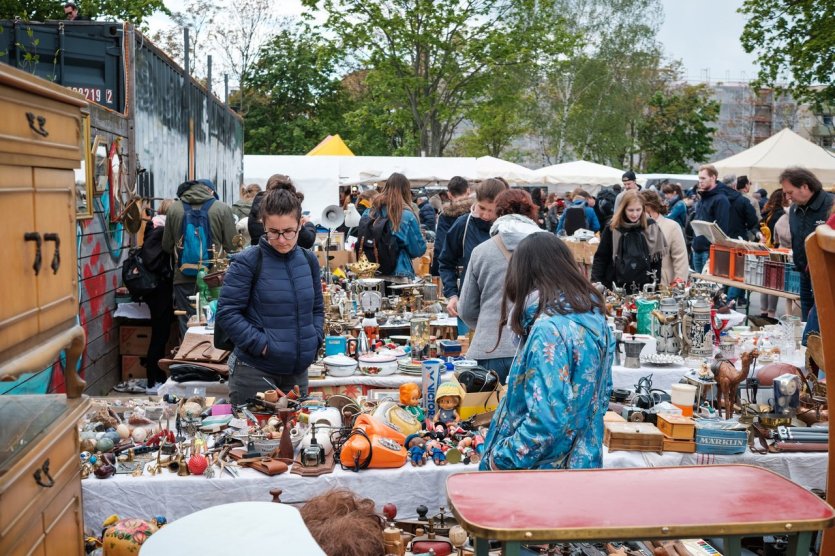 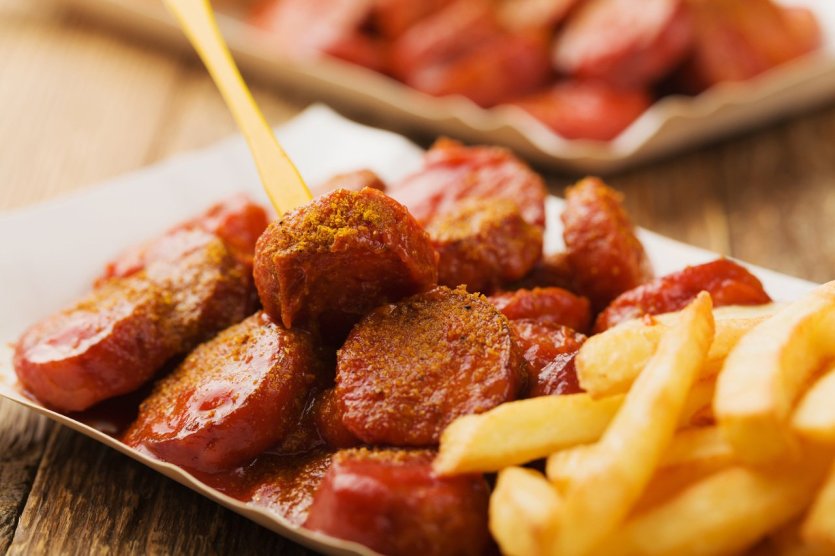 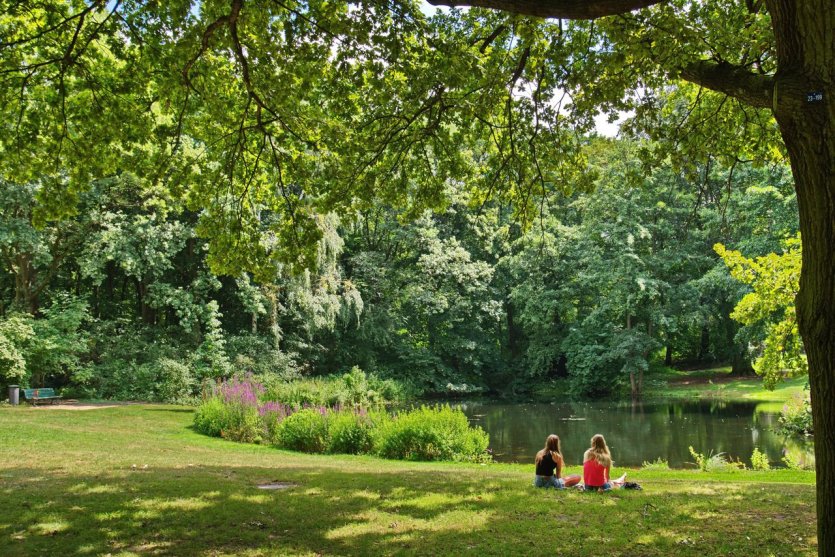 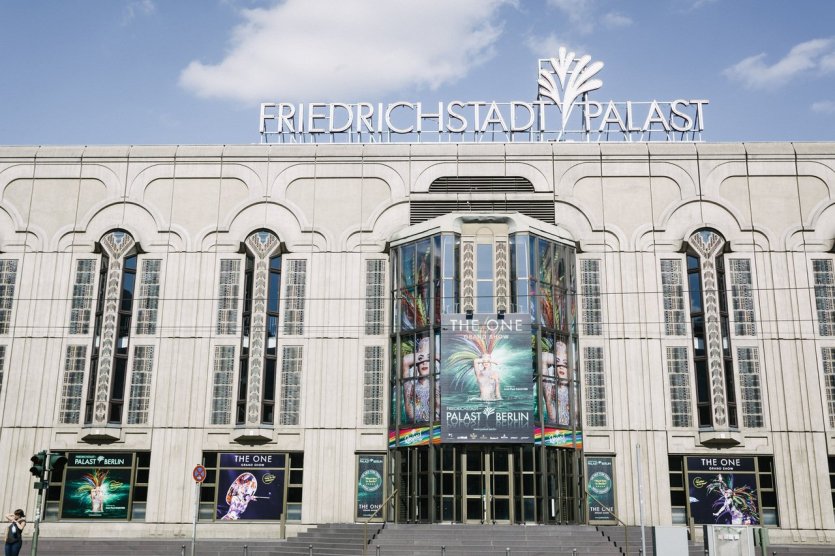 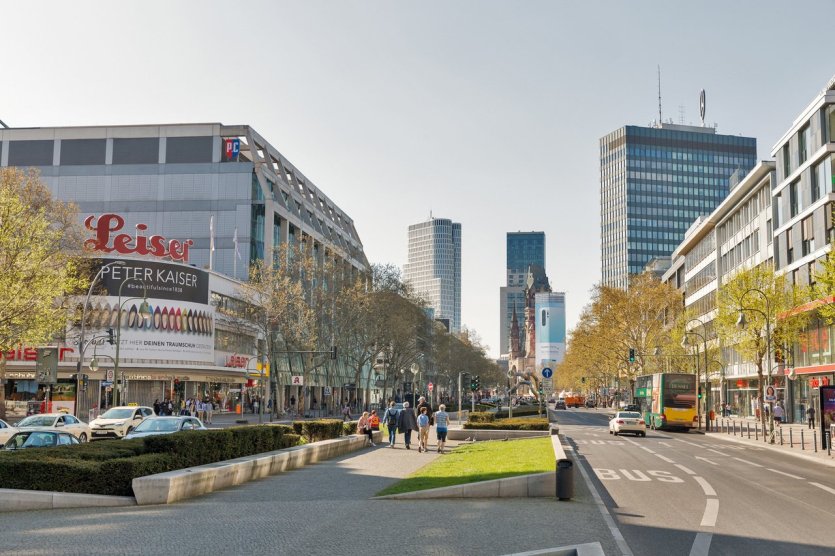 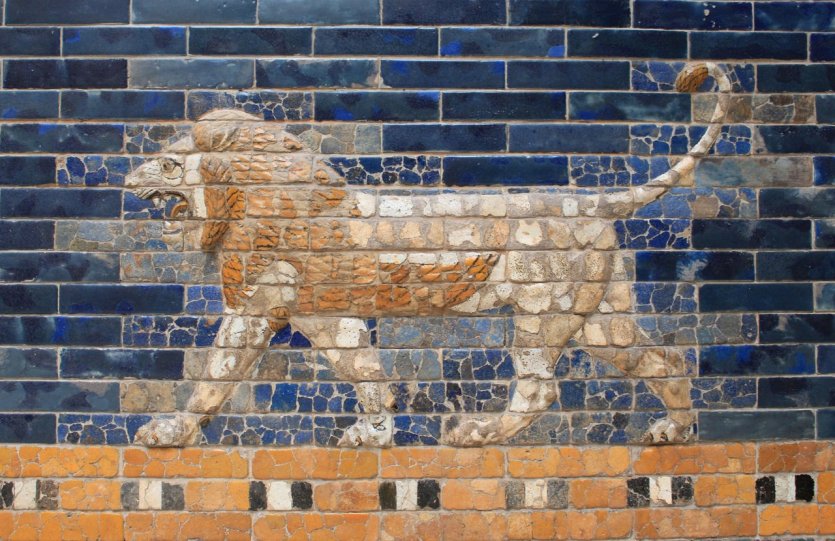 For an unforgettable holiday with friends, a bachelorette party or a change from the usual family trips, there's nothing ...
Read the article

Berlin has been THE fashionable capital for some years now. Young people from all over Europe are thrilled by its ...
Read the article