The National Museum of the History of Khakassia houses fabulous anthropological, archaeological and historical collections devoted to the Khakassian peoples and the republic, including an exceptional collection of rock drawings and stone idols from the Khakasso-Minusinsk Depression. These astonishing statues are displayed in the open air with their faces facing the sun. From the beginning of the 18th century, they attracted the attention of archaeologists, captivating with their look, their intensity, their vivacity, their mysterious wisdom. To date, more than 150 of them have been counted, all carved in granite or sandstone. Forty flat stelae and high reliefs reaching 2.5 to 4 m in height are displayed in this museum, where they constitute the most important collection in Russia. You can admire, among others, a moving representation of an old woman of the Kurtouyak-Tache tribe, with a realistic face under her conical hat. Engraved on her chest, you notice the sign of the pogo (symbolization of the sun). Another specimen, extremely attractive, is called the Venus of Chirin: it is a female figure with a face half-humanoid (upper part), half-animal (half-open mouth).

These monoliths once dotted the steppe and river valleys, and were also found at the crossroads of roads and paths. After the Second World War they were collected by archaeologist A. Lipsky and entrusted to the Abakan Museum. They all had their own name and vocation. Revered, they brought success and prosperity; they were also associated with religious rituals (ancient cults of fertility, sun, moon and sky). In addition, stone baba have been discovered in many Bronze Age burials. It was only in the 1960s that it was possible to affirm that the majority of these monoliths had been carved in the Minusinsk Depression at the beginning of the 2nd century BC. Some are still the subject of rituals, such as the representation of the mother-in-law, whose face is greased with lard or cream in addition to offerings.

Not far from Abakan, in the Moguilnaïa steppe (tomb), near Salbyk, one can explore many mounds. Only a few natives are able to guide visitors. The largest mound in the region, the Great Salbyk, dates from the 2nd century BC. (rocks up to 60 t and 6 m high). 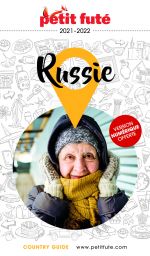