Central America: 7 countries and at least as many good reasons to go there

When we think of Central America, we think above all of the breathtaking landscapes of Costa Rica. However, this exceptionally rich language of land holds many other treasures. Because Central America is no less than 7 countries located between Mexico and Colombia: Belize, Guatemala, Nicaragua, Honduras, El Salvador, Costa Rica and Panama. Seven lands, like so many pretexts found to discover volcanoes, natural parks, colonial villages, Mayan cities, paradisiacal islands or exceptional scuba diving spots. In short, preparing an itinerary in the region allows you to enjoy the winning trifecta nature-culture-plage. And, not to spoil anything, it is safe to walk around, contrary to some popular belief. Not a minute to waste to prepare your tour through the 7 wonders of Central America.

The region is above all strongly influenced by Mayan culture. In the heart of Belize's parks, human history was written thousands of years ago and can be read today through the visit of Mayan temples and pyramids, scattered throughout the country and whose mysteries are still being uncovered today. The same feeling of discovery in Guatemala where the traveller is transported in the heart of the Petén rainforest, like an adventurer, among Mayan archaeological sites. Unavoidable, the major site of Tikal is one of the only sites in the world to be listed as a UNESCO World Heritage Site, both on natural and cultural grounds. Its superb temples scattered throughout the countryside make it a unique visit. During your trip to Honduras, you will learn that the Mayans occupied the current territory from about the 1st century AD. Before mysteriously disappearing from the year 900, they formed the most remarkable civilization in Mesoamerica. And the incredible ruins of Copán are there to remind us of that. Finally, El Salvador also has many Mayan archaeological sites. The most emblematic is the Mayan village of Joya de Cerén, listed as a World Heritage Site by UNESCO in 1993. As he was buried under the volcanic ashes, he was nicknamed "Pompeii Maya"

Central America also has a large number of colonial cities. The Spanish colonial style in architecture is characterized by the contrast between the simple and solid construction and the baroque ornamentation from Spain. In El Salvador, a short visit to the churches of Panchimalco, Suchitoto and Juayua will give you a good overview of this architecture. In the field of private buildings, Spanish colonial architecture may appear to be more charged with European and Arab motifs and influences. The colours are warm, ranging from red to white and including yellow and ochre tones. In Nicaragua, León and Granada are two jewels of the colonial and neoclassical era. In Guatemala, the conquistadors built many palaces, monasteries and churches in the Spanish style from the beginning of the 16th century to the end of the 19th century. Antigua is a perfect example of this colonial architecture. Its Mozarabic Andalusian patios and gardens and the facades of its churches and administrative buildings in the Renaissance and Baroque styles form a remarkable blend. To cope with the many earthquakes that hit the former capital and destroy part of its heritage, the buildings do not exceed one floor. The ruins, particularly the remains of the great earthquake of 1773, still recall the tragic episodes of the city today, and add to its charm. There are also superb examples of colonial architecture in Panama, particularly in the Casco Antiguo district, the historic centre of the capital Panama City. There are beautiful, colourful houses from another time. The majority of these buildings are restored or in the process of being restored, in compliance with the criteria defined by UNESCO.

Finally, it is important not to forget to visit the typical and colourful markets of the region. This is certainly the best way to get as close as possible to local traditions. Brightly coloured, they are above all the meeting point for villagers and merchants from remote highland areas. They are at the heart of the economy and play a major role in the region's social relations. The Chichicastenango market in Guatemala is one of the largest and oldest markets in Central America. But there are also remarkable ones in Belize, Panama, Honduras and Nicaragua

It is certainly the region's number one asset: Central America is a real sanctuary for a "natural" holiday. In its pristine and magnificent landscapes, it contains nearly one-tenth of the world's biodiversity protected by countless natural parks. In Belize, you can stroll through an exotic jungle and through reserves or parks that cover nearly 60% of the country. Thus, nature lovers will be able to meet exuberant fauna and flora, which can be tamed as the days go by

Panama is a true natural bridge for the circulation of species from the north and south of the continent. The isthmus concentrates one of the richest biodiversity on the planet and presents a palette of contrasting landscapes and atmospheres: from coral archipelagos to wild beaches bordered by lush vegetation, from the wet tropical forests to the cool mountain ranges.... There is something for everyone!

If you travel to Costa Rica, you will discover that the country's real treasure is its "green gold": 5% of the planet's biodiversity, one of the richest in the world. One third of the territory is protected as a nature reserve, to the great benefit of the local fauna and flora. A pioneer in terms of sustainable development, Costa Rica is developing sensible and environmentally friendly tourism: hotels are even rated on these criteria. Active and sleeping volcanoes, lush jungles, clear waters and rich seabeds, fresh air on mountain tops... the four elements are represented.

Honduras is also a small ecotourism paradise. The highest mountain peaks are covered with ancient and mysterious tropical forests. The coasts in both the north and south are enriched with vast wetlands protected by abundant mangroves. Not to mention the northeast of the country, which is home to a large area of tropical jungle called "La Mosquitia" and listed as a World Heritage Site. And the entire length of the north coast is bathed by the Caribbean Sea. You will find plenty to explore, between lagoons, white sandy beaches and mangroves. Finally, the Lancetilla Botanical Garden and the impressive Pico Bonito National Park will also offer you a unique and intimate view of the rainforest

We will then head for El Salvador for a tailor-made trip and thus attack its 25 volcanoes. It is also the territory with the largest number of volcanic mountains in such a small area. Still a confidential destination, it also offers visitors an opportunity to be among the pioneers of international tourism! For enthusiasts, there are also active or sleeping volcanoes in Guatemala, Costa Rica and Nicaragua. It is also in these areas that you can discover the mythical coffee plantations of Central America. It is a real pleasure to cross them at random from the mountains and their small colonial villages. Because coffee is the miracle crop of the region. Taking advantage of the high altitude volcanic soil, a constant and spring temperature, while having marked seasons, coffee has found in these regions an ideal soil to produce this unique taste, undoubtedly the best in the world. Today, millions of coffee plants are pampered there and nowhere else in the world does coffee achieve such productivity and quality

A seaside and underwater paradise

Whether on the Caribbean Sea or Pacific Ocean side, there are many heavenly beaches. To find the most beautiful beaches on the Caribbean coast, head for Belize, Honduras and Panama, while El Salvador lays its sandy beaches on the Pacific side. But, above all, Costa Rica and Nicaragua have the immense advantage of spreading out on both coasts and having crystal clear beaches of breathtaking beauty. A godsend for lovers of idleness and water sports. Among the latter, the most popular is still scuba diving. And people come from all over the world to enjoy the incredible spots of the region

Panama's warm and crystal clear waters are home to an incredible marine fauna that is a delight for fishing and diving enthusiasts. As the country is still little known, its scuba diving sites have not yet been invaded. The island of Coiba, whose main asset is its great biodiversity, is a site that is still preserved but which attracts a growing number of fishermen and divers, you can see some amazing monsters! Snorkelling is also very popular. The good spots are very accessible and you will find someone to transport you everywhere.

Honduras also has some underwater jewels. It is even one of the best diving sites in the world. Near the northern coast are the "Islas de la Bahia", composed of three large islands and more than sixty islets known for their coral reefs, the second largest on the planet after Australia. A coral reef that is also found in Belize. The hundred or so islands that surround it also allow it to attract the most knowledgeable divers and fishermen, who have come from all over the world in the footsteps of Captain Cousteau. Belizean waters are full of extremely rare animal species that can be easily discovered. For our great pleasure!

When? When? It can be visited all year round, depending on the activities chosen. But the dry season lasts from November to May.

How? How? To make the most of the region, it is possible to organize tailor-made tours in Central America across several countries: whether to discover the exuberant nature, colonial cities, beaches, etc. 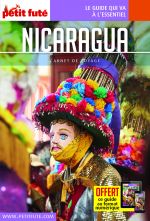 To travel, it is not necessary to roll in gold. Backpackers or itinerant travellers know this very well, apart from air ...

Driving holidays: What is the average cost of maintaining a used car per year?

For a car owner, the question of the average cost of maintaining a used car per year is a logical concern. In fact, it's ...

Cologne, one of Germany's most important cities, is undoubtedly THE metropolis of the Rhineland. With its one million ...