It is in the heart of Central America, with Honduras in the north and Costa Rica in the south, that beautiful Nicaragua is located. A well-preserved colonial heritage, lush jungles populated by tropical and wild fauna, heavenly beaches, Nicaragua is a destination known for its majestic lake, not far from which is the country's capital, Managa. For the traveller, the country is both a cheap and still very authentic destination, due to the few tourists who venture there. However, its reputation as a dangerous country should be put into perspective: by preparing your trip well, you have absolutely nothing to fear. The Nicaraguan tourist guide is more than recommended in this respect, giving the traveller a wide range of the country's wealth. From the capital we will head towards the fabulous city of Granada and its splendid cathedral, then we will head towards Ometepe and its two volcanoes located in the middle of Lake Nicaragua, to then swerve on the Pacific coast, San Juan del Sur being a perfect surf spot... for example! It is quite possible to survey Nicaragua in a thousand other ways. Put your preconceived ideas aside and go for it, Nicaragua is a sublime country!

What to visit Nicaragua?

When to go to Nicaragua?

When to go to Nicaragua? It is the summer holidays of Europeans (July and August) but also from late December to February (which corresponds to the Christmas holidays and the school holiday season in Nicaragua) that constitute the country's two high tourist seasons. It must be said that the best time to go to Nicaragua is during the dry season, which extends from November to April, when the weather is pleasant and not very rainy, and it can even be very hot in January and February! The period of Semana Santa (Holy Week, just before the Easter weekend) is a time of high attendance and, as during the Nicaraguan summer holidays, hotel rates tend to rise! From May to October, the rainy season is not necessarily unpleasant, showers almost never last more than a few hours, except perhaps from mid-September to the end of October. To the question "when to go to Nicaragua?", the answer is all year round, so October aside

Nicaragua's weather depends on its tropical climate: humid on the Atlantic coast, dry on the Pacific coast, and temperate in the central regions. The dry season runs from November to April (Nicaragua's temperatures are particularly high from January to the end of February), while the rainy season runs from May to November, with heavy rains from mid-September to the end of October and an almost two-week dry period, usually in July.

Nicaragua is, along with Honduras, the cheapest country in Central America. This should be tempered, however, by the recent tourist boom in Nicaragua, with luxurious hotels and other tourist facilities growing here and there, which tend to drive up housing prices in general. Unless you don't pay much attention to cleanliness, it is in housing that most of your budget will go. For the rest, we get away with it.

You do not need a visa to enter Nicaragua. A passport valid for six months after your arrival is sufficient. You are given permission to travel for 30 days from the date of entry into Nicaragua, after paying a tax of US$5, payable at the airport or border crossing from Honduras or Costa Rica, but also a customs tax of US$2 if you cross land borders, and sometimes even a municipal tax of US$1 (as in Peñas Blancas to reach Costa Rica, for example).

No vaccination is required to enter Nicaragua, but vaccines against tetanus, diphtheria and hepatitis A are recommended. The most cautious (and adventurous) will add hepatitis B and typhoid fever. Plan your vaccinations several weeks before departure. It is also necessary to take precautions against dengue fever and malaria (put mosquito repellent, a long-sleeved t-shirt and pants in high-risk areas near standing water). Finally, if the water is drinkable in Nicaragua, fragile stomachs will prefer it in bottles, especially on the coast.

How to go to Nicaragua? Our advice & tips

Until recently, Nicaragua was not very touristy, but it is gradually opening up to foreign travellers. Some agencies, generally used to working at the same time with neighbouring countries (Honduras, El Salvador and Costa Rica), offer turnkey tours combining flight, accommodation, transfers and entrance tickets to the main points of tourist interest.

To get to Nicaragua by your own means, a plane ticket (from about €700 to €900 per round trip from Europe) is sufficient! It may be wise to plan a little in advance the tour you wish to follow, so that you can book the accommodation accordingly, you will make substantial savings. On the security side, Nicaragua does not have a good reputation and yet it is becoming increasingly safe. Just avoid walking alone at night in Managa and everything will be fine.

Flying is the fastest way to reach the lost corners of the east coast, but the rates are rather high. However, we recommend it to reach Corn Island, San Carlos and Puerto Cabezas. The boat is the king's means of transport in the east of the country, whether it is a ferry or a lancha (a hard motor boat). The bus and taxi will do in town. You can also rent your own vehicle, provided you are familiar with Nicaraguan traffic regulations!

Nicaragua from the Pacific to the Caribbean

The exploration of the Caribbean coast 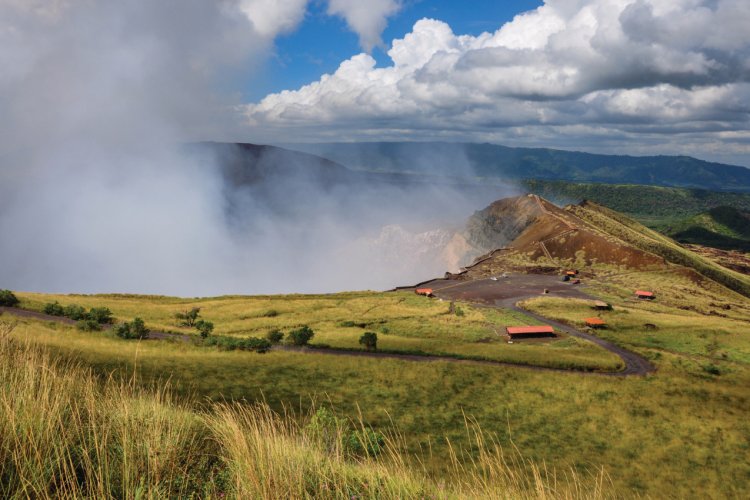 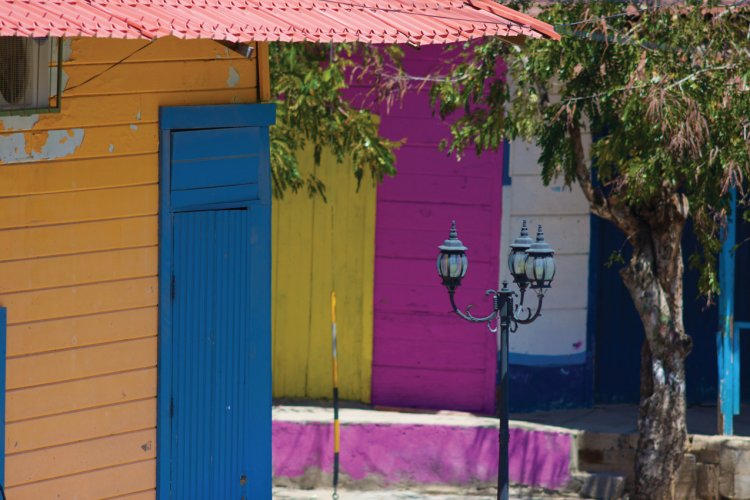 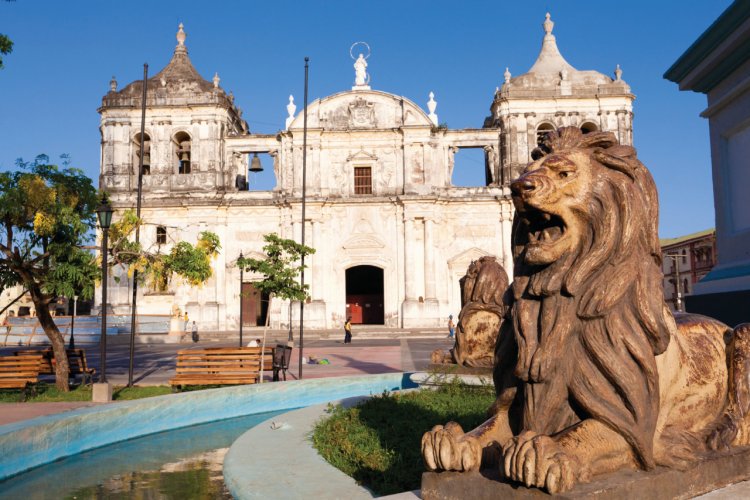 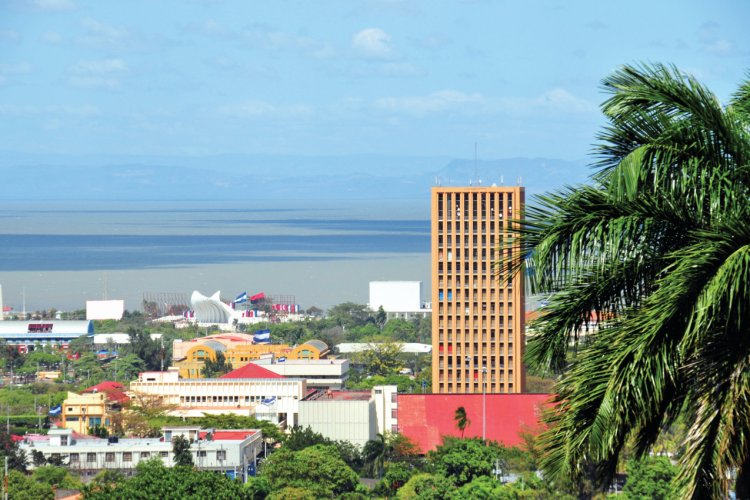 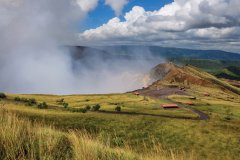 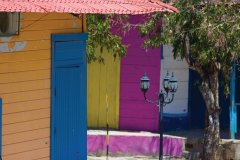 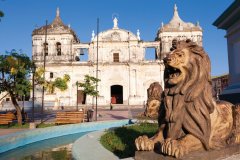 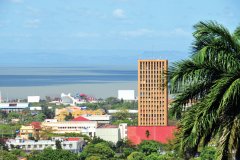 When to go to Nicaragua? It is the summer holidays of Europeans (July and August) but also from late December to Febr...
Read more about it

Nicaragua's weather depends on its tropical climate: humid on the Atlantic coast, dry on the Pacific coast, and tempe...
Read more about it

Nicaragua is, along with Honduras, the cheapest country in Central America. This should be tempered, however, by the...
Read more about it

You do not need a visa to enter Nicaragua. A passport valid for six months after your arrival is sufficient. You are...
Read more about it

No vaccination is required to enter Nicaragua, but vaccines against tetanus, diphtheria and hepatitis A are recommend...
Read more about it

To get to Nicaragua by your own means, a plane ticket (from about €700 to €900 per round trip from Europe) is suf...
Read more about it

Until recently, Nicaragua was not very touristy, but it is gradually opening up to foreign travellers. Some agencies,...
Read more about it

Flying is the fastest way to reach the lost corners of the east coast, but the rates are rather high. However, we rec...
Read more about it

In order to help disabled children in Nicaragua, Lauriane and Mauricio have created the project "Otro Mundo". Their idea is to build a place to welcome and accompany people with disabilities and their families. Located in San Marcos, the beneficiaries will be welcomed in an idyllic setting: one hectare where a farm is surrounded by nature and all the animals that live there. Otro Mundo has several objectives: to create a school for ...

Latin America is a fascinating part of the world. The South American continent is indeed home to unique landscapes, mythical places and sites steeped in history on the same land. From the discovery of the history of pre-Columbian civilizations to the long hours spent strolling through splendid cities with colonial architecture and monuments of incredible beauty, there are many experiences awaiting travellers in search of authenticity and a ...

To travel, it is not necessary to roll in gold. Backpackers or itinerant travellers know this very well, apart from air travel, which can be expensive - even if we had already given you some good tips to help you get it at the best price, once you get there, there are several ways to save. Certainly, palaces and starred restaurants are to be banned in order not to exceed your budget, but eating a sandwich in front of a splendid landscape is ...

Don't miss the next full moon in Nicaragua!

The Nicaraguan-based Pachamama Travel & Adventure agency organizes "Full Moon Tours" during the full moons. The month of March is rare on the lunar calendar, there were two full moons on March 2 and 3. It is well known that many rituals can be practiced during these events. Now Full Moon Tour events can also be added to the rituals! ...