The Chaîne des Puys, symbol of the centre of France

In the heart of the Massif Central, the Volcans d'Auvergne Regional Nature Park covers approximately 400,000 hectares. The Auvergne Volcanoes Park is at once an immense territory of greenery and forests, shaped by glaciers and dotted with lakes, a unique group of volcanoes, the youngest of which are barely cooled, a preserved nature that shelters a variety of flora and fauna, and finally a rural society with quality architecture and authentic know-how, punctuated by the agriculture that has been shaping the landscapes of the Auvergne volcanoes for centuries. To discover the volcanoes of Auvergne, there is nothing like hiking on the many trails set up in the park to criss-cross the many volcanic sites such as the Puys mountain range, the Sancy massif or the Cézallier plateau. The volcanoes of Auvergne are also a traditional cultural heritage through ancient volcanic stone architecture, 4,000 km of rivers with multiple lakes, a local gastronomy rich in exceptional cheeses, world-famous mineral waters, national nature reserves such as those of the Chaudefour Valley or Chastreix-Sancy. Finally, there are 150 communes spread over an entire territory, from Cantal to Puy-de-Dôme, and therefore the possibility to visit towns such as Clermont-Ferrand and discover, at the same time, the fascinating history of several Auvergne cities.

In addition, on Monday 2 July 2018, UNESCO listed the Chaîne des Puys and the Limagne Fault as a World Heritage Site, thus becoming the first natural site in mainland France to receive this prestigious distinction

The puy de Dôme is the Auvergne of green tourism and volcanoes. Moreover, the puy de Dôme, a dormant volcano of the Puys chain and a major site in France, gave its name to this department of the Massif Central. This territory, which shelters part of the very vast regional natural park of the Volcans d'Auvergne, is made up of a succession of typical micro-regions around their mountains and valleys. Notably: the country of Combrailles, of gorges in cascades, of lakes in ponds, where the Sioule river flows, the valley of Riom-Limagne, fertile and soft, the Sancy of the volcanoes, the Val d'Allier with the picturesque country of Issoire, the Livradois-Forez around Thiers, capital of cutlery. You can ski or take the waters, go hiking (3,900 kilometres of marked trails!) or, on the city side, visit Clermont-Ferrand, the capital of Auvergne, rich in religious heritage with the Notre-Dame-du-Port church and the Gothic cathedral Notre-Dame-de-l'Assomption. It is here that you will find the museum dedicated to the Michelin tire epic and, nearby, Vulcania, a leisure park on the theme of volcanoes. Other tourist highlights include the Auvergne animal park (Arde-sur-Couze), perched at an altitude of 700 metres. Imagine giraffes in the mountains! The riches of this department can also be discovered by following thematic routes: the route of the water towns, the route of the Auvergne wines and the route of farmhouse cheeses, Saint-Nictaire and goat's cheese tomes combined.

Less well known than its brother the puy de Dôme which, although smaller (1,465 m), stole the show, the Sancy is nevertheless one of the most beautiful natural places in the region. Summer and winter alike, this 1,886-metre massif abounds in activities. With its alpine-like crests, its steep paths, its beautiful lava needles (Dent de Rancune and Crête de Coq), and its immense meadows where large herds of salers and aubracs perpetuate the pastoral tradition, it offers a breath of fresh air far from the city. To climb to the top, the cable car falls steeply and is completed by walking. The latter is ideal in good weather and allows you to admire a wide panorama from the 650 km of trails. Lakes of volcanic origin give rise to refreshing swims in Aydat, Chambon or Guéry. You can also find water at La Bourboule or Le Mont-Dore with revitalising benefits. But the charm of the mountain is also nested in the white coat of winter. With 85 km of ski slopes at Le Mont-Dore and Super-Besse, the massif is spoiled, especially as snowshoe walks or walks in the snow are very enjoyable given the scenery

The Lemptégy volcano, unique in Europe

If you would like to learn more about the volcanism of the region, we highly recommend a visit to Lemptégy! A 15-minute drive from Clermont, the site is unique in Europe for what it offers: a visit to the heart of an authentic volcano. First, a dynamic film will present you with aerial views of the geology of the Puys mountain range and the formation of the Lemptégy volcano. Then it's off for the grand tour by little train or on foot, punctuated by rich, didactic and exciting stages and explanations through the crater and around its chimney. The tour is adapted for children with an audioguide designed to learn while having fun. A very captivating experience. For those who want more, a reduced rate pass allows you to add the Stone Cave at Volvic to your tour. New from April 2019: the dynamic 4D attraction "The Volcano 'Express" will reveal all the secrets of the formation of the Chain of the Puys and the Limagne Rift, registered with UNESCO since July 2018.

The National Nature Reserve of Chastreix-Sancy is located in the glacial valley of the Fontaine Salée, covering an area of 1,895 hectares. A reserve since 13 July 2007, it is managed on behalf of the State by the Parc naturel régional des Volcans d'Auvergne and the Office national des forêts. It is home to 87 different natural habitats in an excellent state of conservation. The most exceptional environments are found in the ridge areas. These include, for example, plant groupings of cliffs or high altitude grass and lawns, which are very rare in Auvergne. Magnificent peat bogs and beautiful beech woods are scattered all over the area. Lappish willow thickets, a protected species in France, occupy the banks of the streams on the steep slopes of the Sancy. 1,058 plants are inventoried, 121 of which are protected or endangered. Six are only present in Auvergne. The fauna is remarkable and essentially mountainous, with mouflons, chamois, marmots, roe deer... 132 species of birds have been observed, as well as the presence of extremely rare butterflies, including two endemic subspecies, the apollo and the bistort copper. The nature reserve is criss-crossed by several hiking trails, to which access is free. The GR4 and GR30 cross the crests of the massif. Three short hiking trails partially cross it. One goes around the Chaudefour valley, while the others start from Chastreix or Chareire (Picherande). Breathtaking landscapes, wild nature, exceptional flora and remarkable fauna, extinct volcanoes... not to be missed!

The only park in Europe on the theme of volcanoes and phenomena on planet Earth, Vulcania offers you a family adventure combining emotions and discoveries in the heart of the volcanoes of Auvergne. Each season, Vulcania offers new attractions in addition to the existing ones (The Awakening of the Giants of Auvergne, Dragon Ride, Abyss Explorer...). In particular, you will have the choice between the film Dans les yeux by Thomas Pesquet, which will transport you on the incredible space journey of the French astronaut, on one of the biggest screens in Europe (415 m2), and the show Volcano Drones, which will explain how drones can provide technological support to volcanologists in the field. The park offers activities for children from the age of 3 years and older, including the Cité des Enfants, a real place of experimentation for little scientists, and the many indoor and outdoor playgrounds in the world of Pitoufeu.

When? All year round, but the arrival of fine weather is obviously ideal for walks and lunches in the sun.

Go there. By plane, train or car, direction Clermont-Ferrand

Useful. To best prepare for your getaway. 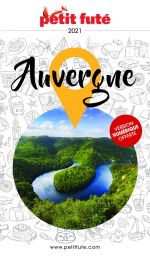 Top 10 destinations to visit during the next winter holidays

Summer is about to end and for some, it's already time to think about the upcoming winter holidays. As we keep saying, ...

Lovers of green and hilly landscapes, the discovery of the Massif Central is always a special moment. After renting a ...

UNESCO's World Heritage designates natural and cultural properties of outstanding universal value to humanity. It was in ...

The puy de Dôme, the beauty of the Auvergne in winter

A major site, symbol of the Auvergne, the puy de Dôme attracts more than 500,000 visitors every year. To approach it, ...