The Musée National de la Marine is a network of museums located in two major cities in Brittany: Brest in Finistère and Port-Louis in Morbihan. A stroll through the museum is an opportunity to observe splendid collections on different themes, with the sea as the main theme. It should be noted that the museums are located in the heart of a monument for one and a historical site for the other, places not to be missed in cities where you can take the time to take an interest in both the architecture and the history. The Musée National de la Marine is also a place where temporary exhibitions, workshops and other cultural events take place and contribute to the influence of the two cities. Finally, it should be noted that the network goes beyond the borders of Brittany, as the National Maritime Museum is also present in Paris, Rochefort and Toulon.

A trip to the National Maritime Museum in Brest

You have to go to Brest Castle to visit the National Maritime Museum. The place is one of the few monuments in the city to have resisted the bombings of the Second World War, and it is interesting to know that in the Middle Ages, it was considered one of the strongest castles in the world. The tour alternates between the interior and exterior. Through the rooms, but also through the Gallo-Roman foundations to the Vauban fortifications and through the bastion and the walkway, the public crosses 17 centuries of history. The museum reveals a rich heritage which bears witness to the important naval adventure of the Brest Arsenal and the French Navy. The collections include masterpieces of naval decoration, models, elements of emblematic naval ships and submarines. Not to mention an immersion into the heart of the Lapérouse expedition, the life of the convicts and the role of the city in the American War of Independence. The other interest of the site is to offer beautiful views of the harbour, the ports and the river Penfeld.

The Musée National de la Marine in Brest also offers choice temporary exhibitions, currently with a tribute to the official painters of the Navy who have passed away since the last edition of the Salon de la Marine, in 2017, as well as the event "Plein soleil", for which students from the École Européenne Supérieure d'Art de Bretagne - site de Brest, have carried out two projects in connection with the collections of the Musée National de la Marine and the château. One of these projects focuses on the viewpoints with works visible from the museum or the city. And then there are the unmissable guided tours accompanied by a cultural mediator, as well as the dramatised tour "Two emperors on a canoe", during which two actors offer a wandering tour leading from the National Maritime Museum, at the castle, to the Emperor's Canoe installed in the Capucins Workshops. The experience is to be enjoyed all summer long.

A stroll through the National Maritime Museum in Port-Louis

Located in one of the most beautiful citadels on the French coast, the National Maritime Museum in Port-Louis offers not only its rich collections but also sublime views of Lorient harbour, the island of Groix, Larmor Plage and the Pointe de Gâvres. It offers the public two themed tours. The first, "Rescue at sea", is dedicated to the fraternity of the seafarers. From the first sailing boats to the heliportation practiced today, we can see the evolution of rescue methods and the deep sense of mutual aid that reigns in the marine world. Among the pieces to be seen is the lifeboat Commandant Philippes de Kerhallet, launched in 1897 at the Augustin Normand shipyard in Le Havre and which is to this day the most preserved French lifeboat. The second section, "Ocean Treasures", is devoted to underwater archaeology. It features pieces from the museum's old collections, plus the Mauritius collection and a donation from Franck Goddio, a French underwater archaeologist known for having discovered the underwater city of Thônis-Héracléion in the Bay of Aboukir in 2000.

Among the events not to be missed at the National Maritime Museum in Port-Louis, the exhibition "In the footsteps of Admiral Pâris", a presentation until January 2022 of some of the many plans, watercolours and models of the exceptional sailor, draughtsman, watercolourist and the man considered to be the originator of naval ethnography. Various fun workshops offered to families throughout the summer also allow them to learn more about the history of the citadel.

A network that extends beyond Brittany

The National Maritime Museum is now a vast network that aims to promote the history of the French coastline and its specificities to visitors, as well as to highlight the rich collections that stem from it: paintings, various objects, art, weapons, boats, etc.

After discovering the two sites in Brittany, the public can choose to visit the other museums in the network, which are located in Paris, Rochefort and Toulon. In the capital, the Musée National de la Marine is located in the Palais de Chaillot and will open to the public in 2023 after a period of renovation. The museum will highlight France's maritime identity and history, but will also raise awareness of the challenges and issues surrounding the sea.

In Rochefort, the museum is housed in the Hôtel de Cheusses. The collections include ship models, machinery models, paintings, sculptures, tools, weapons and other navigation instruments. So many elements that help to understand the Rochefort arsenal. You can also discover the history of the royal arsenal of Louis XIV and Colbert from the 17th to the 20th centuries and in the courtyard of the museum, a life-size replica of the famous raft that saved the crew during the tragic story of La Méduse is presented. Another place to visit in Rochefort is the Old Naval Medical School, a unique place in France founded in 1722. It is here that for 240 years, surgeons aboard warships were trained. Today, the school is presented as it was at the end of the 19th century. You will discover collections of anatomy, zoology, botany and ethnography, not forgetting the exceptional scientific and maritime library.

Finally, in Toulon in the Var, the National Maritime Museum is a site that houses a very fine collection of galleys and vessels emblematic of the maritime tradition in the Mediterranean. It also highlights the establishment of the navy in Toulon and the way it has impacted the development of the city.

From Brittany to Charente-Maritime on the Atlantic coast, via the Mediterranean coast and Paris, the network around the Musée National de la Marine maintains important links with local maritime cultures. It also offers rich and varied exhibitions, and in addition to revealing the treasures of French maritime history to visitors, it is keen to make adults and children aware of the need to protect this essential element of nature that is the sea 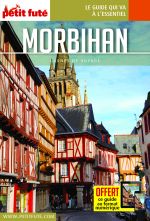 There is a little paradise in the south-east of France, a place that offers the feeling of going far, far away, to meet ...

There are no bad omens under these umbrellas. Inaugurated in 1997 - the year Thessaloniki was designated "European ...

Discover the village of Nakatosa and its succulent bonito

Located in Japan's Kochi prefecture on the island of Shikoku, the charming fishing village of Nakatosa is a well-known ...

Flaubert 21 : escapade in Seine-Maritime for the bicentenary of the birth of Flaubert

2021 is the bicentenary of the birth of the writer Gustave Flaubert. And the Department of Seine-Maritime is ...