Andra, the French national agency for radioactive waste management, has a storage facility located in the Manche department, more precisely in Digulleville, a commune of La Hague. This centre, which is currently being closed, no longer receives waste packages and is preparing for a monitoring phase lasting several centuries. It is also involved in the development and attractiveness of the region. Thus, in connection with its mission to preserve and transmit the memory of radioactive waste, the structure sponsors various cultural projects and works in collaboration with local players. The Manche storage facility is currently hosting a beautiful exhibition to mark the 500th anniversary of the birth of Gilles de Gouberville. The diary of the Norman gentleman, which was discovered in the middle of the 19th century, contains precious information on the life of his time in the Cotentin region. It was no surprise that Andra's Normandy disposal center wanted to pay tribute to him on its premises.

The National Agency for Radioactive Waste Management is a public industrial and commercial establishment under the supervision of the Ministries of Energy, Environment and Research. The Agency fulfils a mission of general interest by storing and isolating waste until its radioactivity decreases and it no longer presents a risk to humans and their environment. Andra has an underground laboratory, an eco-library and a technology centre in the Meuse and Haute-Marne regions; two surface storage facilities in the Aube region; and a storage centre in the commune of La Hague in the Manche region.

The Manche storage centre (CSM) was created in 1969. It has been managed by Andra since 1979. Between 1969 and 1994, the site received 527,225m3 of low- and intermediate-level radioactive waste packages. It is no longer used today and will be closed in about 50 years. The teams on site are responsible for monitoring the center and its environment and, if necessary, making changes to ensure that the impact on people and the environment remains very low. It is a totally transparent structure in terms of its activities, since it is also in charge of dialoguing with elected officials, associations and the media in order to inform them about the center's past and present activities. The CSM also has the role of preserving and transmitting important data on storage to future generations.

Why is Andra's Manche disposal centre proposing an exhibition on Gilles de Gouberville?

As we mentioned in the introduction, the Manche Disposal Centre attaches great importance to the preservation of heritage and the transmission of the memory of the Cotentin region. This concerns its own activity of course, and Andra is carrying out work in order to pass on the main data from its site to future generations, but also everything that contributes to making the area better known to the general public.

When the Gouberville committee asked Andra to join in the celebration of the 500th anniversary of the birth of the Norman gentleman, the Agency did not hesitate to get involved in this initiative aimed at promoting and transmitting the local heritage. Today, the public can visit the reception building of the Manche storage center to stroll around and discover the captivating exhibition "500 years of transmitting memory with Gilles de Gouberville".

Andra's mission is to transmit information for centuries. And this is exactly what Gilles de Gouberville did by becoming, in spite of himself, a formidable transmitter of memory about life in the Cotentin region in the 16th century. The exhibition looks back at the discovery in the 19th century of the diary of the Norman gentleman, an officer in the Water and Forestry Department, a mine of information on life at the time and on significant historical events. The 1,600 pages of his book, which he wrote between 1552 and 1562, evoke the life of the peasants and craftsmen he met during his travels in the region. We also travel around the Hague, from the manor of Saint-Nazaire to Gréville-Hague where he often visited his sister in poor health, passing by the fort of Omonville-la-Rogue, where he supplied wood.

Gilles de Gouberville was not a writer in the strict sense of the word, as Annick Perrot, historian and member of the Gilles de Gouberville committee, points out, but his "livre de raison", a diary of accounts, is a formidable testimony to his time. The exhibition is also an opportunity to discover how information circulated and how memory was preserved and transmitted 500 years ago. Other highlights of the event include the reissue of Gouberville's diary, a full-size facsimile of one of Gouberville's original handwritten notebooks from 1553, and an illustrated notebook on "Journey to Cotentin with Gilles de Gouberville" by Kévin Bazot and the Committee.

Plan a visit to the Andra storage centre in La Manche

Going to see the exhibition on Gilles de Gouberville is also a good opportunity to take part in a guided tour of the Manche storage centre. These tours are free and take place from Monday to Friday. During the two-hour tour, the guide begins by introducing the activities of Andra and the center, before going on to discover the various control installations of the center and its environment. We pass through the water collection chambers for measuring and analyzing water, and then we are shown the devices that monitor wind, rain and air. For professionals and students, more technical and customized visits are also offered.

To find out more about the La Manche disposal center, the public can also consult Andra's quarterly Journal, which reviews the center's activities and news. Comprehensive and very clear dossiers cover topics related to radioactive waste management in France. In accordance with Articles L.125-15 and L.125-16 of the Environmental Code, the Manche disposal center publishes an activity report every year. Like the Andra Journal, it can be consulted on the website www.manche.andra.fr 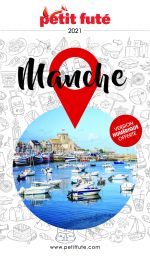 As the United States finally opened its borders at the beginning of the month, it's time to finally go and put down your ...

5 surprising destinations to discover on a trip to Italy

There is not one, but several good reasons to discover Italy. Few countries are able to combine architecture, ...