The fortifications of this castle have almost eight centuries of existence. When King John without Earth lost Normandy to France in 1204, Guernsey chose to remain loyal to the English king. The island immediately felt threatened by the French and the islanders decided to build Castle Cornet to protect themselves. Construction began in 1206 and lasted nearly twenty years. During the war of Hundred Years, French and English fought him hard and spent several times hand in hand, after fierce battles.

As military techniques progressed, the castle was constantly strengthened and modified. During the civil war in England, the governor of Guernsey, Peter Osborne, retired and defied the rest of the island who had taken part in Cromwell. The castle experienced a siege of almost nine years, where he received the very valuable support of Jersey, remained loyal to his sovereign. More than 100,000 cannons were fired against the castle.

In the restoration of the royalty, he was Sir John Lambert's former general of Cromwell, who feared that he would take over the estate. But Lambert had become peaceful again, and he occupied his captivity to develop the gardens of the castle, which can be visited today. In 1672 there was a dramatic accident. In a violent storm, lightning fell on the ammunition deposit, exploding. The breath collapsed the dungeon, taking the logis where Lady Hatton was, the wife of the governor, who died buried.

During the Napoleonic era, for fear of a new attack by the French, Castle Cornet was modernized and armed with formidable guns, which would never serve ever. When hostilities between English and French ended, the castle served as a arsenal, prison and barracks. His military function was abandoned until 1940, when Germans were invaded by the Germans. They painted parts of the castle in order to integrate it into their defensive devices, the Atlantic Wall.

The gardens are maintained with very English care. The many pieces of the fortress have a wide variety of exhibits, 5 small museums are housed there: Royal Guernsey Militia Museum, Maritime Museum, 201 Squadron RAF (Royal Air Force 201 Squadron Museum), Royal Guernsey Light Infantry Museum (former armory of the castle presenting a collection of weapons from the Middle Ages to these days)) and a painting gallery, The Story of Castle Cornet Museum. 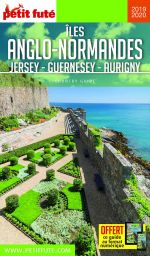