Caernarfon Castle was built between 1283 and 1330 by Edward I to consolidate his military advance. He wanted to make the castle a mixture of styles, combining the walls of Constantinople, hence its unusual polygonal towers, and Roman grandeur.

A strategic and political location, it was here in 1969 that the nomination of the candidate for the crown, Charles, son of Elizabeth II, as Prince of Wales, took place. Since 1282, when the English defeated Llywelyn the Last, the last "Welsh" prince, the title of Prince of Wales has become that of the aspirant to the British Crown. This custom and title can be traced back to Edward I of England, who promised the Welsh that he would give them a prince who was born in Wales and did not speak English. Edward II, born in Caernarfon, spoke neither English nor Welsh. It was not until 1911 that Lloyd George, the Welsh Prime Minister, demanded that the nomination be held in Wales, in Caernarfon. In the castle is exposed the throne specially designed for the occasion, as well as a specimen of a chair and everything that was made for the ceremony.

Giant playground, the castle of Caernarfon can be discovered through towers and underground passages, cul-de-sacs, ramparts, spiral staircases? Also don't miss the Castle Museum and the Royal Wales Rifle Museum. 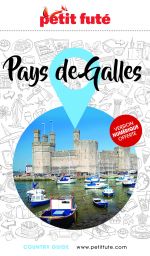