It is the place and main artery of the historic Třeboň. We are far from the impressive dimensions and the perfect alignments of the square Přemysla II II of České Budějovice. Masarykovo is in the long, slightly curved, somewhat penchée. It is bordered by beautiful Renaissance and Baroque houses whose arcades and colours form a superb urban panorama. They are all as beautiful as others, but some differ a little. The old town hall (Radnice) is easily recognisable with its high tower (30 m), its gallery, its small shaped dome and its clock. It dates from 1562, but has undergone some very visible changes. In front of you, the hotel du Petit Cheval Blanc (Bílý Koníček), the oldest of the city. Its exuberant facade and turrets are the stars of the square. In the middle of Masarykovo Namesti stands a Renaissance fountain and an inevitable column of the Plague dedicated to the Virgin, which, since 1780, recalls the terrible epidemics of that era. She is the work of Leopold Huber. Next to the tourist office is a small theatre in the early th century, which kept beautiful decorations and its little period dressing. It is one of Bohemia's oldest theatres.

A traditional market is held on the place all Saturday in summer.

Masarykovo náměstí Třeboň
You are the person in charge of this place, click here 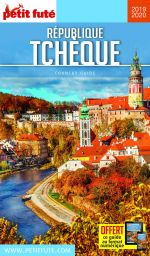