The Golden Temple is the most sacred Sikh place of worship in India, a marble and gold setting built for Guru Granth Sahib. Enter through the main gate: the Clock Tower; go down a few steps and open your eyes: in the middle of the sacred basin, 5 m deep, stands the superb Golden Temple. Majestic white marble building encrusted with precious and semi-precious stones, topped with a dome of more than 600 kg of gold, made of inverted lotus flower. The Sikh community of Birmingham regularly contributes to replace the gold leaf. The lotus flower symbolizes the Sikh rule of conduct: lead a pure life. The architecture of this building mixes Mughal and additional influences. If you can, go once at night and go back the next day.

Take the Parikrama - the white marble path that runs around the temple - and walk on the carpets if you don't want to burn your soles. Photos are only allowed around the pool. Inside the sanctuary there are guards of massive build, dressed in an orange uniform and armed with spears. Families sleep, eat or drink in the shade. Pilgrims, tourists and curious people relax, rocked by the reading of the book Saint Granth Sahib and the hypnotic songs. Men bathe, keeping only their turban and underwear in which they wedge their dagger. A weapon that Sikh women also carry as a shoulder strap on their salwar-kameez. After the ablutions, the faithful gather at the temple

To enter it, you must cross the Guru's Bridge or Guru Bridge. The temple houses the object of all veneration and attention: the original copy of the Granth Sahib, covered with pink silk, kept on the first floor. Priests take turns singing his praises to music.

The crowd flocks there at all hours of the day and especially on weekends (about 100,000 people a day). In the evening, the show is sumptuous: the lighting is reflected in the gold of the temple and the water of the pool.

At 10pm, religious fervour was at its height: the sacred book was brought back to Akal Takhat, the building of the Sikh parliament, for the night. It will remain there until 4am in the morning in summer and 5am in winter. During the day, it is kept in the Hari Mandir Sahib under a veil. At the time of his transfer, a priest loaded the canopy on his head and crossed the bridge in the middle of the crowd. Cries and songs accompany him. The same ritual takes place in the early morning.

The temple also houses a small museum, the Central Sikh Museum (open daily from 7am to 7pm. Free admission). The portraits of the various Sikh martyrs over the centuries are displayed. It contains many relics recounting the history of the gurus. A little boring

If you are a little hungry, take your place in line for the Guru Ka Langar, the collective refectory (see "Restaurants").

It is said that the temple never sleeps, but go take a look at the gurudwara of the temple that welcomes pilgrims for the night. A true city in the city, the temple also has a library, a bank, a tourist office and a train ticket booking office.

Open every day dawn at 10pm. To expose, cover the head, to deposit its personal belongings (cigarettes, bags out of leather) with the instruction of the temple. 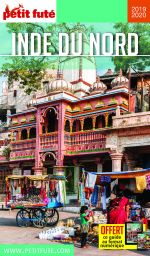