The Casa Terrades, which occupies an entire block of houses, owes its nickname of Casa de les Punxes (house with points) to the arrows that cover its turrets. Built by Puig i Cadafalch in 1905 on behalf of the Terrades sisters, this modernist building has a medieval aspect, with elements reminiscent of the Gothic style. At the top of its main façade, notice the ceramic panel representing Sant Jordi. The visit, which is fascinating, is also interested in the myth of Sant Jordi and its iconography that is omnipresent in Catalan modernism. 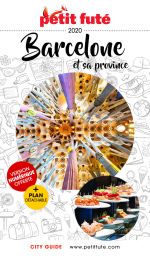