Inscribed on the World Heritage List since 1994, this archaeological complex, made up of an immense network of lines and drawings of animals and plants attributed to the Nazca culture, but about which little is known, is mysterious to say the least... These lines, which cover an area of some 350 km², were discovered by Paul Kosok in 1939. They were then studied by Hans Horkheimer and Maria Reiche, the latter having devoted the last 50 years of her life to them.

Some figures can be seen at km 420 of the Panamericana, 25 km from Nazca, from the top of a 12 m high mirador (S/ 2 the access): a hand, a lizard and a tree. The figures can be clearly seen, but the magnitude of the work is not captured. Also a mirador in Palpa (S/ 2 access).

By plane, you can see the whole area for 30 minutes (prefer early morning departures for less waiting at the airport and because it is often too windy in the afternoon for the planes to take off). The main companies have planes for four to seven passengers going up to 220 km / hour. Beware, it's a bumpy ride! Don't plan to have a big breakfast before taking off... You should also know that the French embassy advises against flying over the lines while waiting for the implementation of safety measures since the 2008 and 2010 accidents.

Some (longer) overflights also pass over the Palpa lines, new figures discovered a short time ago.

transport
accommodation
Stays
On the spot
4.9/5 (9 notice)
Share on 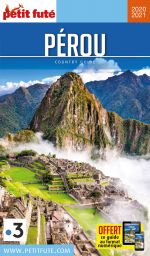