This immense artery runs through the Caribbean Sea from the colonial zone to the outside of the city over a distance of 15 km. On the plans, it bears the name of Avenida George Washington (and also includes the Paseo Presidente Billini to the south of the colonial zone), but for Dominicans it is the Seawall. Two obelisks were erected there in the time of Trujillo. The first called «La Hembra» («female» because of its two columns) celebrated the reimbursement of the country's external debt; it marks the beginning of the colonial city and the beginning of the ramparts that formerly protected the Spanish city. The second obelisk, called «El barón» («male» because it is composed of one column!), erected in 1936, celebrated the first anniversary of the new name of the city, Ciudad Trujillo. It is in the central part of Seawall, that is, between the colonial city and Lincoln Avenue, which has been waiting for families and lovers. This is where you need to go to the kites and enjoy the nightlife of bars, glaciers, restaurants, cinemas and discos. Beware, there are few grey areas, the sun is strong!

It was on Le that the comparsas marched through the capitale of the capital to the sound of African rhythms and drums in July. Pedestals are set along the sea, orchestras take place every night, and drink counters invade sidewalks and streets where the crowd keeps dancing and drinking until the early morning.

Santo Domingo
You are the person in charge of this place, click here 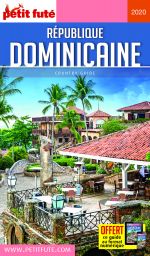