Petit Futé's opinion on THE CHALETS

Along the boulevard, six chalets were built by the architect J. Lefaure, between 1862 and 1864, for the emperor and his entourage. The Chalet des Roses was designed for Achille Fould, Napoleon III's Minister of Finance. It is built in the same style as the imperial chalets, using both stone and brick for the walls, wood for the balconies and cornices, inspired by Swiss chalets as well as American colonial architecture. The Eugenie chalet was built for the Empress Eugenie de Montijo. She arrived in Vichy on 23 July 1863, but left on the 27th, fed up with the presence of Marguerite Bellanger, Napoleon III's mistress. The Emperor's chalet is the second one he ordered. This time its balcony overlooks the park. The ironwork of the door is decorated with the letter N, topped by the imperial crown. The Marie-Louise chalet is the first one he ordered from Jean Lefaure. He only stayed there for one season, as the large balconies on the street were detrimental to his privacy. The chalet of Clermont-Tonnerre, captain, in the security service of Napoleon III, is built on the model of that of the emperor. Two other cottages are established at the entrance of the bridge, one reserved for the housing of the guard of the park, the other for the administration, being used as grant from 1885 to 1932, this last one is destroyed at the time of the widening of the bridge. In the Kennedy Park, the Marquise de Sévigné, represented by a Vichy sculptor in 1996, looks towards the Pavilion, where legend has it that she stayed.

transport
accommodation
Stays
On the spot
4.3/5 (3 notice)
Share on

Opening time and information on THE CHALETS

Open all year round. Every day. Outdoors only. Free of charge.

Members' reviews on THE CHALETS 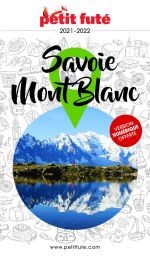