Jamaica is a beautiful Caribbean island. It is home to fabulous scenery, between its heavenly beaches and lively cities. It is also a mountainous territory, suitable for long hikes in the heart of the tropical forest. A former English colony, it has a strong culture and if many people have heard about this mysterious island through the planetary icon that is Bob Marley, you have to go there to see all the diversity of what it has to offer. Whether you want to go on a long trek, enjoy festive moments in the cities or bask on the white sand in the sun, Jamaica is an island to live 100%, here are the must-see.

A visit to Kingston

Capital of Jamaica, Kingston is a mythical city, the cradle of reggae. In the city, the colonial past clashes with Caribbean, African, English and American influences. It is pleasant to wander around the different neighbourhoods to see the murals that are omnipresent. They reveal a cultural breeding ground of high intensity. To see them, you have to go to Parade Gardens or the Trench Town area. Messages of peace are read in this neighbourhood and references to different personalities in music or politics are scattered here and there. Some kind of open-air exhibition. The city is also home to must-see cultural venues such as the Bob Marley Museum and the National Gallery Of Jamaica. And to discover the craft and come back with great memories, don't miss the Craft Market. 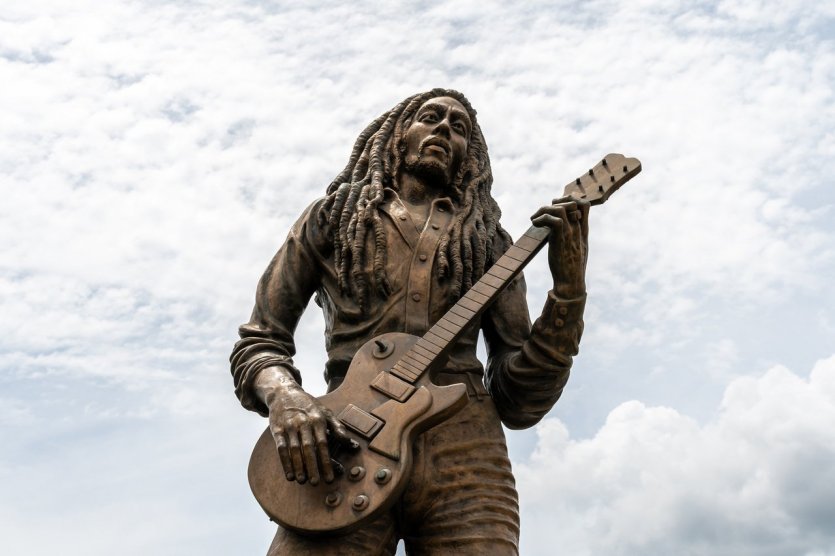 A hike in the Blue and John Crow Mountains National Park

Created in 1990, this national park is the only one on the island. It has been classified as a UNESCO World Heritage Site since 2015 because of its incredible plant and animal diversity. The mountains are home to around 150 species of birds as well as rare animal species. It should be noted that 40% of the flowers in this area are found nowhere else in the world. A good reason to go there and come back with unique shots. It is also in this part of the island that you can climb the Blue Mountain Peak, from where it is good to know that on a clear day you can see the island of Cuba in the distance. 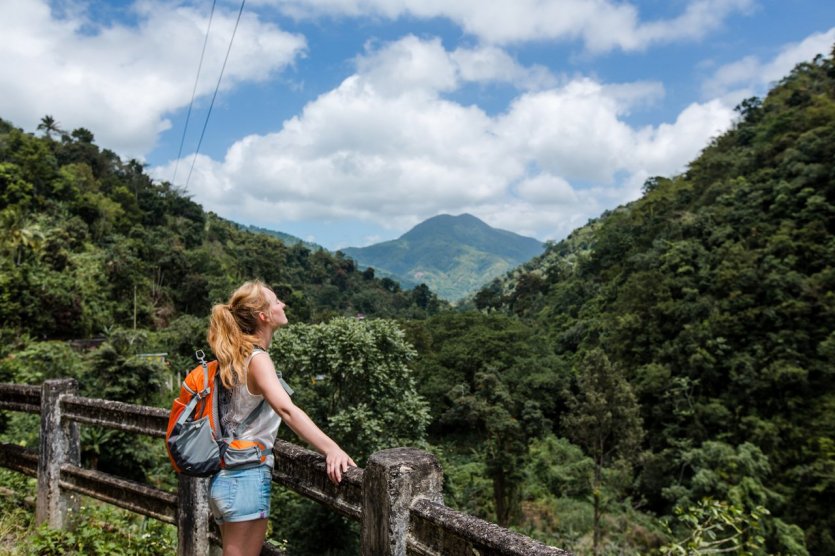 You have to head southwest in Jamaica to get to Treasure Beach, a place that definitely lives up to its name. This place, quiet and secluded from the tourist masses, is a real gem and its attractions seduce travellers in search of authenticity. Everything is simple and you just want to stop time to enjoy the wild beaches and strolls with your feet in the water, while admiring the colorful fishermen's huts. Great Pedro Bay, Calabash Bay, Frenchman's Bay, Billy's Bay are the names of the beaches that attract travellers in search of rest. Treasure Beach is definitely the place not to be missed to relax, enjoy the sea and good food. 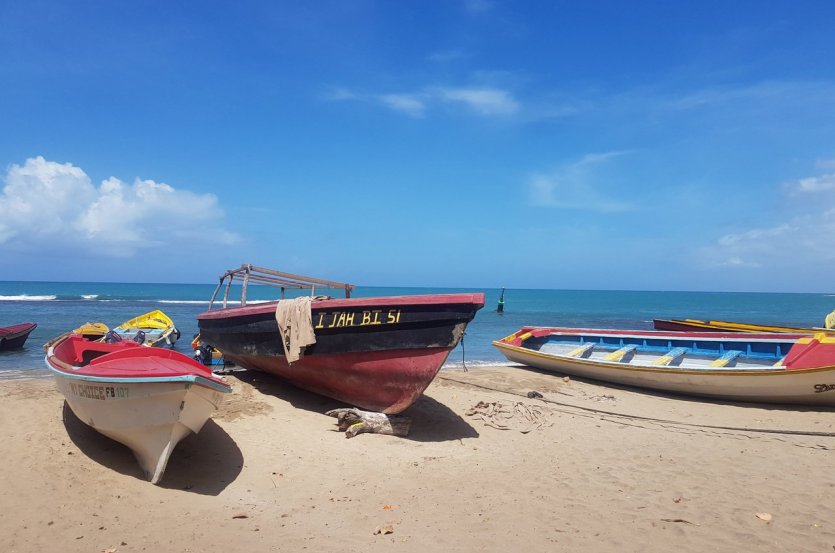 A boat trip on the Black River

Black River is Jamaica's largest navigable river and stretches over 53 kilometres. It is composed of wetland vegetation including various species of palm trees, mangroves and freshwater swamp forests. The best way to discover this part of the south of the island is to board a boat. You can contemplate its lush vegetation and see different animal species, including many birds and crocodiles. It is also in this area that we find the YS Falls, waterfalls that are real natural treasures and in which we have the opportunity to swim 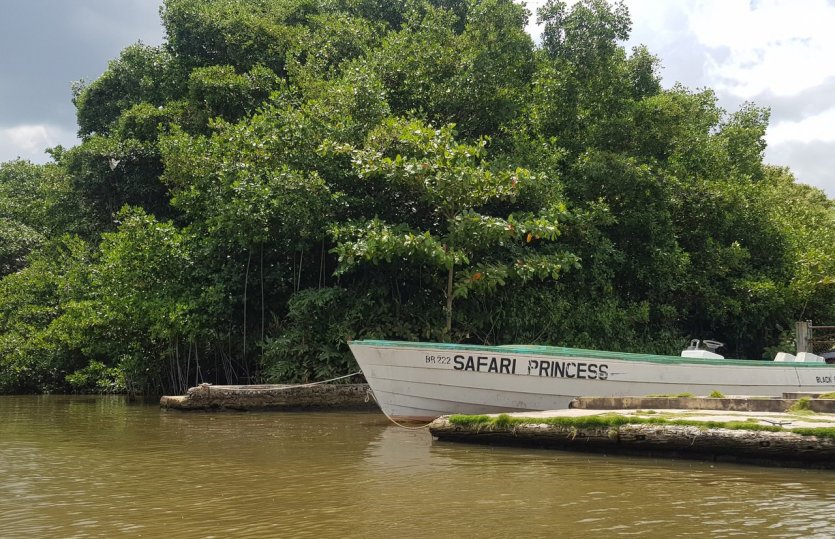 The Cockpit Country is a part of the island that is a true paradise for nature lovers. The area is reputed to have been home to the Maroons in the past, slaves who fled the plantations and settled there to take refuge, as the territory was reputedly difficult to access. Today, there are various hiking trails that allow hikers to penetrate into the heart of the vegetation and observe different species of birds, including magnificent hummingbirds. It is also necessary to take time to admire the rock formations and to go and see the underground caves which are the result of erosion 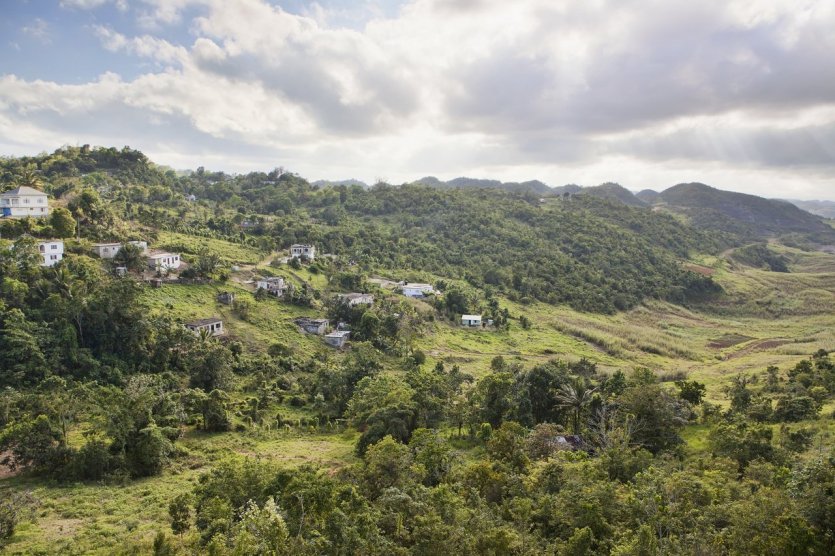 A trip to Falmouth

This port city is a pleasant stopover, to stroll through its pleasant lanes. In many ways it reminds us of Brittany, with its boats in the harbour and the white facades of the houses and buildings overlooking the sea. The presence of a university gives it a certain cultural dynamism and in the high season, it is the boaters who take the streets by storm with their land walks. It remains a commune where it is pleasant to stroll before reaching the very beautiful beaches of its southern coast, which makes the happiness of the families 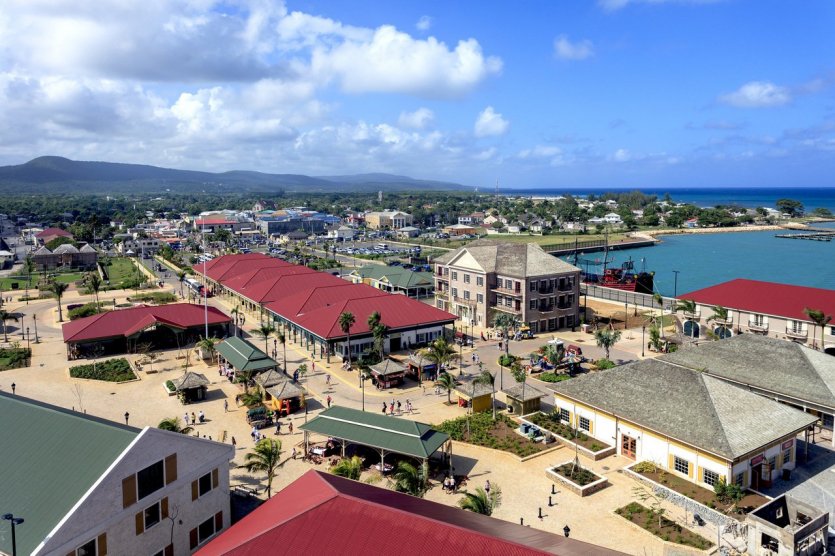 Montego Bay is the second largest city in Jamaica. It attracts many travellers, who come to enjoy its entertainment and one of the most beautiful beaches on the island: Doctor's Cave Beach. This is where you like to put your towel on the sand and take a mask and a snorkel, or even a whole set of diving equipment, to go and observe the splendid seabed. Montego Bay is indeed famous for the translucent colour of its waters and for its fine white sand, a call for long hours of lazing in the sun and for all activities related to the sea. Those who wish can also play golf, always with a splendid view of the turquoise blue water 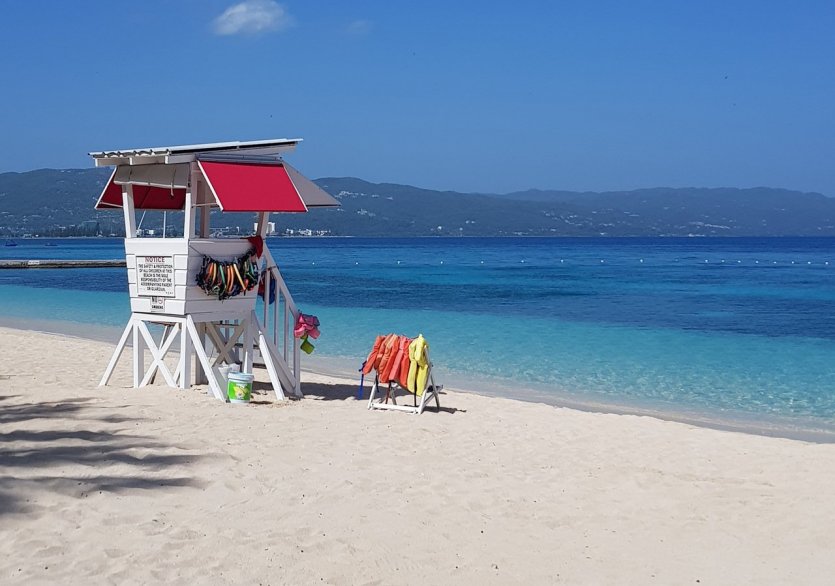 Going to see the Reach Falls

The Reach Falls are spectacular waterfalls that reveal irresistible charms to hikers. You can admire breathtakingly beautiful landscapes. Surrounded by a magnificent forest, they are an area of Jamaica where it is pleasant to practice trekking and take time to stop for a picnic or contemplation of the different elements of nature. Also worth mentioning is the magnificent natural swimming pool formed at the foot of the mountains, where the waters are clear and transparent. Don't hesitate to set off for several hours of hiking, just for the pleasure of bathing and refreshing yourself in one of the most beautiful sites on the island. 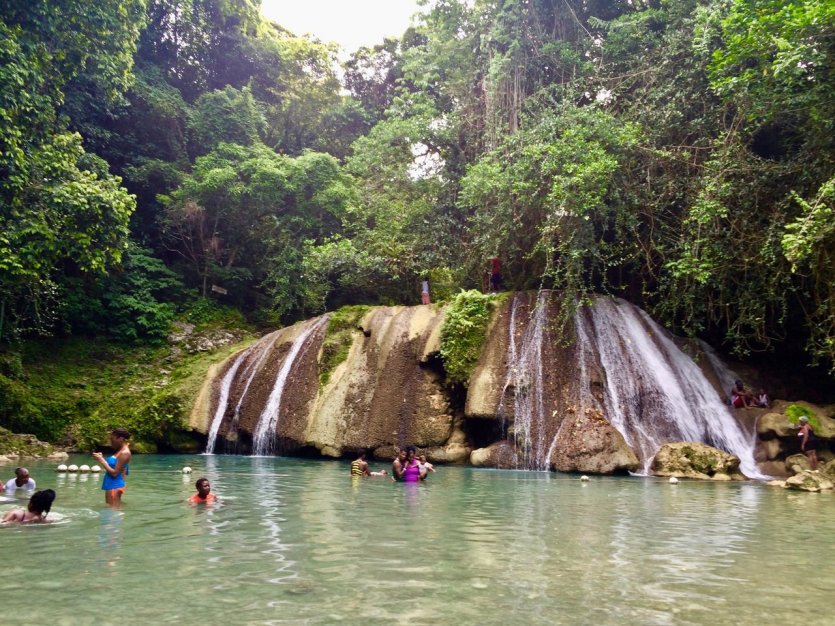 Port-Royal, for its history

Port-Royal is located at the end of a long strip of land south of Kingston. It is a town with a peaceful atmosphere and lives mainly from tourism and fishing. There are some fortifications that remind us that in the past the city was important and that pirates and other freebooters had made it their base. In 1692, the city was totally submerged by the sea, as a result of a terrible earthquake that caused an underwater landslide. The ruins of the old Port-Royal have been covered by corals and are now the delight of divers who come to explore a reef inhabited by many tropical species 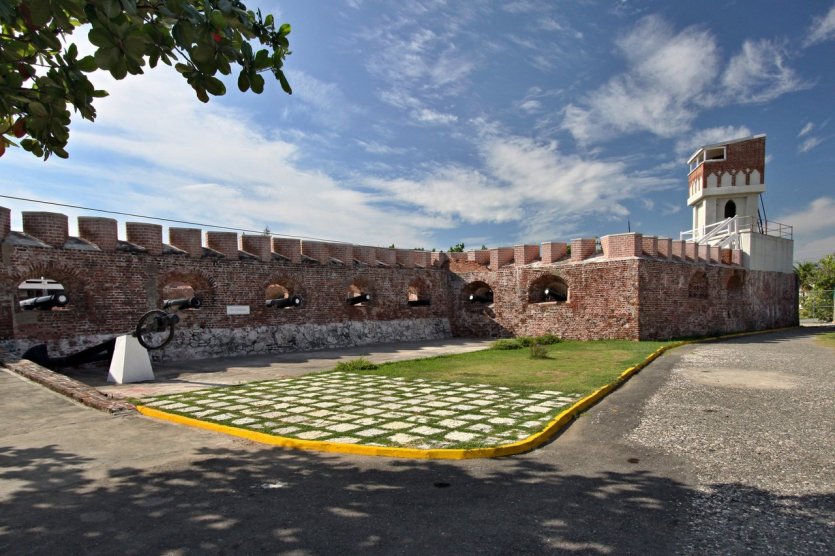 Ochos Rios, an air of vacation

Ochos Rios, nicknamed Ochie by the locals, is a real paradise for holidaymakers. You have to start by strolling through its streets and soak up the Jamaican atmosphere, stopping for example at a bar where there are always reggae or ska tunes to contribute to a resolutely relaxed atmosphere. Then we stop in front of the murals before reaching the handicraft market, where stands of paintings, sculptures and the inevitable record dealers take place. At another time, after passing by the banks of the Turtle River to see the colourful hulls of the boats floating on the water, we end the day at Turtle Beach, to swim in the bewitchingly blue water. 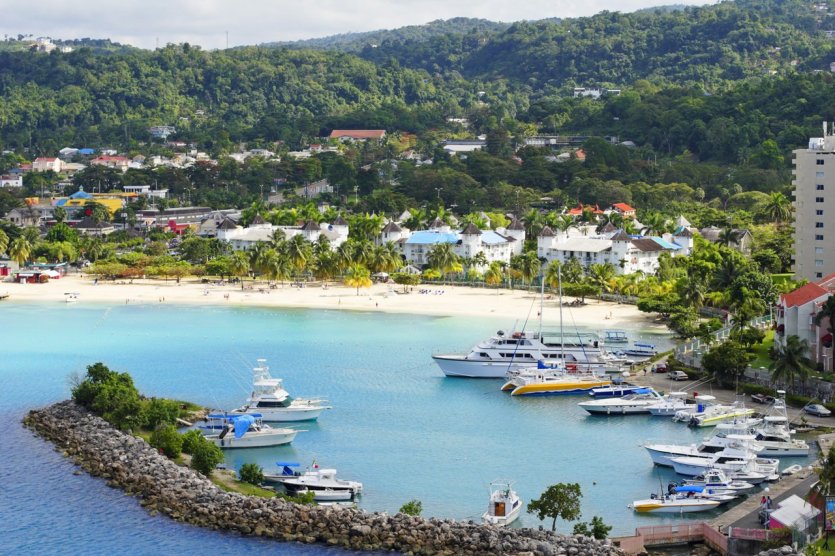 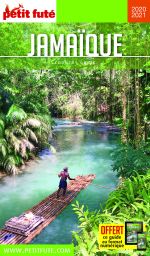 Top 10 heavenly islands to winter on while waiting for the sun to ...

Beware, this top 10 might make you want to pack your bags as soon as possible! Winter is here, with its clouds and lots ...

Be careful, this Top 10 may frustrate sensitive souls! Bad weather is beginning to return, however, on the other side of ...
Read the article

In Jamaica, everyone knows the famous Dunn's River Falls in Ocho Rios, these waterfalls that are followed by a huge ...
Read the article