Where to go this summer? Where and when to go: destinations and tips

Summer is fast approaching and you still don't know where to go on holiday? Don't panic. Here is our selection of summer destinations at low prices to help you make the right choice

Where to go this summer to bask in the sun?

Let yourself be tempted by Sardinia and its magnificent coastline! It's la dolce vita assured. After seeing the Sardinian beaches, you will even find it difficult to visit others. They are beautiful, beautiful, beautiful! Apart from the beaches of the north coast which are often crowded in the summer, you can enjoy quiet beaches most of the time. Between the magical coves with turquoise waters of the Golfo di Orosei and the ultra-fine white sand of most of the beaches in the south of the island, Sardinia's coastline rivals the most beautiful islands in the Caribbean without any problems. In terms of price, they are very soft compared to neighbouring Corsica, even in the middle of summer.

At only 3h20 flight from Paris and bordered by its four seas, Turkey is a pure delight for lovers of beautiful beaches of fine sand and turquoise water. And also for those who want sunshine at low prices as accommodation rates are particularly competitive in Turkey, even during the summer season. Another plus of Turkey: the beaches have particularly pure water. Indeed, the country has 444 "Blue Flag" beaches, an international label that attests to the environmental quality of beaches.

Note for diving fans: in Alanya, since April 2017, Turkey's first tourist submarine called Nemo Primero has been allowing tourists to explore the underwater beauties of the Antalya region. An unusual outing to make between two sunbathing sessions!

For a holiday at a low price too, let's head for Catalonia and its famous Costa Blanca! From Dénia to Torrevieja, the Costa Blanca offers a wide range of very different proposals all along its 200 kilometres of coastline. Very long sandy beaches alternate with small coves. The whole is bordered by all shades of blue. There are also many urban beaches, with everything you need to relax, and wilder ones such as the beaches of Elche between dunes and pine forests.

Where to go this summer to enjoy the splendid nature?

Head for the Atlantic and the Portuguese archipelago of the Azores! Just a few hours flight from Paris, in the middle of the Atlantic, you are in a marvellous little piece of Europe for nature and hiking enthusiasts. These islands of volcanic formation offer fascinating landscapes. The Ponta do Pico, Portugal's highest point at 2,351 metres, is a beautiful ascent and offers a breathtaking panorama. On the island of São Miguel, the fumaroles of Furnas Lake or the crater lakes of Fogo or Sete Cidades are natural wonders. On the island of Faial, you can take a walk on the Capelinhos volcano, which was born in 1958!

Another significant advantage of the Azores is the low prices, which are only slightly higher than those in mainland Portugal.

At 4h30 from Paris by TGV Lyria, you can easily go to the pretty town of Bern in Switzerland for a change of scenery. The absolute must in Berne in the summer is swimming in the city's river, the Aare. This is not a classic bathing but a real little trip along the river. As hundreds of Bernese people do every summer, all you have to do is let yourself be carried along by the current to go down the river. The water is pure and impressively deep blue, and the temperature is just cool enough to recover from the summer heat. On the way down the river you will discover the old town of Bern, founded in the 12th century and listed as a UNESCO World Heritage Site. A unique experience.

Where to go this summer for a culture bath?

After a swim in the Aare in Bern, you should not miss out on a stroll through the city! From 1 July 2017, one hundred magnificent works of art will decorate the streets of the city, to the delight of young and old alike. The exhibition will last 90 days and will end with an auction, the proceeds of which will be donated to charity.

It will then be time to go for a family trip to the exhibition dedicated to Barry, the star of the Saint Bernards, these endearing mountain dogs who have been saving lives for decades. Two hundred years ago, the most famous rescue dog among them died: Barry. The exhibition looks back at the heroic deeds of this dog who became a true legend, but also at those of the Saint Bernards in general.

Summer is also the right time to go on a trip to England, where the prices are still correct despite the summer season and where the weather is finally good!

Last year, lovers of English literature were thrilled because 2017 was declared the year of literature in England. An opportunity to rediscover the texts and life of Jane Austen, whose bicentenary of death was celebrated on July 18th, by visiting museums, houses and going to the consecrated festivals.

Where to go this summer to party?

Just a few hours drive from Paris, Belgium, the Tomorrowland festival will be held like every summer. It will take place in Boom from July 21 to 23 and then from July 28 to 30. It is one of the biggest festivals in the world of electronic music. The popularity of Tomorrowland is such that every year, fans are snapping up tickets and packages as soon as they go on sale. So don't delay in booking your tickets! For the very first time this year, the festival is spreading out over two weekends for even more fun.

If you are a fan of alternative music, we recommend you to visit the green city of Feldkirch, in the heart of Vorarlberg in the far west of Austria. This is where the Poolbar, an eclectic pop festival has been held every summer for over twenty years. It's original because it takes place in a disused swimming pool in the middle of the mountains.

On the music side, the Poolbar's programme ranges from indie pop to metal, hip-hop or folk music, alternating every year between headliners and young talents. All in all, it's a good way to party while enjoying the beautiful landscapes of Austria. And don't worry, the accommodation is affordable!

Find your cheap flight at the best price - Compare 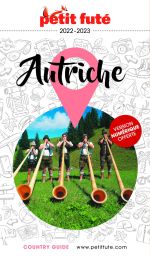 What can we say about Tyrol, the embodiment of the Austrian Alps in the international consciousness? In winter (but also ... Read the article

In Europe, 11 water cities have recently been added to the UNESCO World Heritage List. These cities developed around ... Read the article