History: the roof of the British Isles is nothing but grace and gigantism, above Fort William and the Highlands. Absolutely unmissable during a stay in Scotland, it is on the to-do list of many visitors, from simple tourists to experienced hikers. Its summit is 1,344 m high and was that of an ancient volcano in its most glorious hours, 350 million years ago. Affectionately known as "the Ben", its first known ascent dates back to 1771 and preceded a long tradition that attracts nearly 100,000 people every year. From 1883 to 1907, Ben Nevis was even the site of an observatory where meteorologists worked daily. Only a few ruins remain today, but it is to his presence that we owe the creation of the trail still massively favoured today. The Pony Track (or Ben Path and Tourist Route) was to allow ponies to bring food and equipment to the station to supply its residents. Today, it is the fastest and easiest route used by walkers from all over the world.

Ascent: The Pony Track starts in the Glen Nevis and can be reached at three points: at Achintee (at the Ben Nevis Inn), at the Glen Nevis Visitor Centre or at the Glen Nevis Youth Hostel. The first 570 metres of altitude is reached by following a route that climbs along big stone steps to Lochan Meall an t-Suidhe, a beautiful little mountain loch whose name means "the lake halfway". Don't be too confident though, you have more than half of it left, and it's not the easiest... There is no shame in stopping here, it is a breathtaking place and its setting is magical. A lot of people set their destination here, especially when the Ben has his head in the clouds and the view is no better from higher up. Sometimes it is also almost impossible to go further in winter, when snow and ice have taken over the mastodon. Some also continue northeast, at the foot of the north face and along Allt a' Mhuilinn Creek, for a very long loop back to Fort William. If you have decided to continue to the top, the path follows many zigzags and becomes more rocky and difficult to discern on the ground. Be careful as you reach your goal, cliffs drop steeply on each side and up to 700 m to the north, as you approach and along the huge 40 hectare final plateau. A multitude of cairns help you find your way and the spectacle on arrival is as dramatic as it is vivid for the one who becomes, for a moment, the tallest person in Britain and Ireland. To the north, the Great Glen stretches majestically with Loch Ness in its nest, to the west, Loch Eil unveils the tip of the Spoon of Skye, and to the south the panorama is infinite... The Glen Nevis, the Mamores peak and the Steall Falls waterfall announce a mountain range all bigger than the others, from Glen Coe to Ben Lomond, and Loch Linnhe opens splendid perspectives on Mull and even the distant Paps of Jura.

Distance and time: It takes about 17 km to climb up and down, and between 6 and 9 hours of walking in total. The ideal is to leave in the morning (early is even better) to make sure you take your time. Beware, night falls quickly in autumn.

Race and record: Every year, on the first Saturday of September, the Ben Nevis Race is a race against time on the Pony Track. The record has been held by Kenny Stuart since 1984, who made the round trip in 1h25 .

Tip: don't take this climb lightly. The altitude is not that of the Alps, but 1344 m starting at 0, it counts and that's still almost 4.5 times the Eiffel Tower! Don't forget to be well equipped with equipment and food, a map (OS Landranger 41 or OS Explorer 392), a compass and enough time. Be sure of your physical abilities and, above all, check the weather forecast (www.mwis.org.uk and www.bennevisweather.co.uk). If it is sunny down below, it can be very cold up there and the weather changes quickly. Keep in mind that the summit is always snow-covered and conditions can suddenly change and you can be thrown into clouds and storms with no visibility at all. Finally, if in summer and in good weather, the Pony Track looks a bit like a motorway and it is difficult to get lost, be aware that in winter, it is very often impossible to go beyond Lochan Meall an t-Suidhe without mountaineering equipment and experience. The trail is invisible, covered with snow and ice, and it takes excellent orienteering skills to navigate up to the top, especially in rain, cloud, wind and snow. The more adventurous and experienced climbers also sometimes pass through the North Face, which is much less crowded and above all much more demanding in effort and challenge. Whichever day, season and route you choose, drop by the Glen Nevis Visitor Centre to get some advice and, if you can, let your hosts know your route. Many of the accommodations also have a book for this purpose. There is no charge and we will know where to meet you if you have any problems. It is also possible to hire the services of a guide if you wish to be accompanied 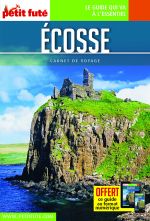