Do you love literature and travel? Then your travels can be an opportunity to visit some of the most beautiful libraries in the world. In addition to housing numerous works, these centres of knowledge are indeed for some architectural jewels. We like to go there for the calm that emanates from it, to perfect our knowledge, but we must not forget to open our eyes wide to contemplate the walls, the shelves, the furniture or the ceilings. From Europe to Asia and the American continent, here is an overview of the most beautiful libraries in the world

1- The State Library of Victoria, Melbourne

This superb library is one of the first free public libraries in the world and the oldest in Australia. It was built in 1854 and contains 1.5 million books and 16,000 periodicals! One reading room is particularly impressive: the La Trobe Room, named after a governor descended from a French family. The room is octagonal in shape, and if you look up to the sky, you will see a beautiful glass dome. The room can accommodate up to 500 readers

The Tianjin library is a pure architectural masterpiece. The figures are mind-boggling, as it covers 33,700 square meters and contains over 1.2 million books. The building is nicknamed "The Eye" because of its spherical auditorium, the work of the Dutch architectural firm MVRDV. This immaculate space has been designed so that visitors can easily move around, stop to read, but also meet and chat. The number of shelves and the height are impressive, but it should be noted that for the moment, the books located on the fourteenth floor and above are in trompe-l'oeil.

3- The Library of Congress, Washington

This library was founded in 1800 and constitutes, with its annexes in Maryland and Virginia, the largest library in the world. There are actually three different buildings: the John Adams Building, the Madison Building and the Jefferson Building. The Jefferson Building is breathtakingly beautiful, with the octagonal Reading Room surrounded by an elevated gallery from which readers can gaze up at the stunning ceilings. The carved busts in the Great Hall are another feature not to be missed. The venue has a large collection of comics and graphic novels for fans.

Beyond the building that was built by Portuguese immigrants and its neo-gothic architecture, the National Library of Rio de Janeiro reveals Art Nouveau decorations, stained glass windows, beautiful staircases and statues. It is one of the largest libraries on the American continent and contains almost 9 million documents. In particular, it has the largest Portuguese-language collection outside Europe. It is undoubtedly a cultural place not to be missed during a trip to the famous Brazilian city

5- The library of Admont Abbey

The largest monastic library in the world is located in Austria, in the region of Styria. Inside this extraordinary place is a superb rococo room housing a rich collection of incunabula and manuscripts. The ornaments above the shelves, as well as the ceilings, are splendid. This place was renovated for four years in the year 2000. The Benedictine Abbey ofAdmont also possesses some rare works: Martin Luther's German Bible and the first edition of the Encyclopaedia by Diderot and d'Alembert

The library of the École nationale supérieure des Beaux-Arts de Paris, dedicated to contemporary art, is set in a décor of woodwork, furniture and antique paintings. The Greek businessman Stratis Andreadis financed its restoration in 1968. It is open to students as well as to the general public, on request. It contains more than 65,640 documents, including 500 titles of specialized magazines and monographs from the 1960s. Lovers of contemporary art, you now know where to go in Paris to perfect your knowledge.

The Malmö library consists of three buildings: "The Castle", which was restored and reopened in 1999, "The Calendar of Light" and "The Cylinder", a building that connects the two and where we find the entrance to the library, the desk for taking information, the desk for returns and a café to relax. The "Calendar of Light" was designed by the Danish architect Henning Larsen and has a contemporary look. We appreciate in particular its large bay window offering a superb view of the park and its colours

This building, attached to the Humboldt University of Berlin, was designed by the Swiss architect Max Dudler. If the exterior may seem austere at first glance, you should not miss the interior to discover the original organization of the spaces. The offices are located on terraces that have been created in a staircase. The symmetry of the space and its repetitive aspect will seduce those who love well-ordered spaces. In addition, the work and reading areas benefit from the natural light that comes through the many openings to the outside.

This is one of the most remarkable university libraries in the world. In Baltimore, the George Peabody Library was built in the 19th century and is named after a prominent philanthropist who wanted to provide a place open to all. The heart of the library is a superb long hall with lateral corridors for books, all on five floors. With its 18 m high atrium, it is not surprising that at the time of its opening the place was called the "cathedral of books". It has a catalogue of 300,000 books, including the first edition of Charles Darwin's "Origin of Species"

Located in Portugal's oldest university city, the Joanina Baroque Library has three large rooms in a row. They are beautifully decorated with ebony and jacaranda tables, a precious wood brought from Brazil, as well as with gilded and polychrome oak shelves. If you look up, you will also see ceilings painted in trompe l'oeil and with an Italian touch. It has important books from the 16th, 17th and 18th centuries and, as an anecdote, the library is home to a colony of bats, whose mission is to hunt down insects that could damage the old books 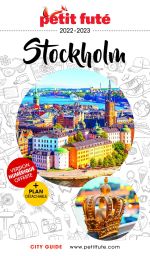 Summer is of course the time when many of us take a long vacation to a place where we can enjoy new landscapes, ... Read the article

As spring proudly settles over France, what if it were time to go for a long weekend of wine tourism in Provence? The ... Read the article