The Sultanate of Oman has many caves, some of which are among the largest in the world, such as the Salma and Teyq caves, several hundred metres deep. Located on the southern slope of the Gebel Akhdar, the Al Hoota cave is the only one on the Arabian Peninsula to be open to the general public. It has the shape of an underground gorge accessible through two entrances: one at 1,040 meters above sea level near the village of Al Hoota, the other at 810 meters above sea level between the Tanuf valley and the city of Al Hamra. The entrance is artificial and located close to the lower natural access. It was created to make the cave accessible to the greatest number of people. The promoters did not go in without a hand and equipped the space with several state-of-the-art facilities: a train to avoid the 400-metre walk in full sunlight to the entrance, footbridges and steps secured by barriers, subtle and well-thought-out lighting, etc. Thanks to these infrastructures, the visit can be made without altering the balance of the environment and in good conditions of comfort despite humidity levels sometimes reaching 90% inside. In order to reinforce measures to minimise any negative impact on this delicate ecosystem, only guided tours are organised in small groups. It is therefore under the guidance of a professional that we set out to explore this fabulous geological complex, which is very old (more than two million years old) and its immense cavities with walls, floors and ceilings lined with stalactites, stalagmites, gours and other formations. As with most of the other caves in Oman, this complex geological system bears witness to a fluvial period and tectonic movements, but also, and above all, to a major erosion phenomenon which is at the origin of the crevices that can be seen.

Discovered in 1960, the Al Hoota cave is 5 km long, although only 500 metres can be visited. It is dug into grey limestone, granular dolomitic rocks and clayey layers. Its largest hall runs for 150 metres and its highest ceiling is 65 metres. Several rare endemic species of insects and crustaceans, as well as bats, are found here. The main cave is also partly traversed by the largest of Al Hoota's underground lakes, 800 metres long, 10 metres wide and 15 metres deep. The latter benefits from natural ventilation. A rare phenomenon, depigmented and blind fishes live there, fed by organic waste transported by the floods during the rainy season. It is an endemic species, the Garra Bareimiae, which one can have the chance to contemplate from an esplanade specially designed for this purpose. On site: shop and restaurant.

Geological exhibition. To initiate or extend the adventure, visit the small museum adjoining the site, which has more than 150 varieties of stone (granite, quartz, limestone, chlorite, etc.), fossilized or petrified wood, coral, etc. Interactive stations explain some of nature's miracles (continental drift, stalactite formation...) while aquariums allow you to discover and observe the animal species that live in the Al Hoota cave: fish, small crustaceans, mosquito larvae and water beetles. 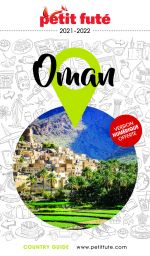