Let's go back in time and history to discover incredible medieval cities. Their unique atmosphere and incomparable charm are the guarantee of a successful getaway, for young and old alike. Europe is full of villages where the presence of minstrels is still felt and where castles are part of the landscape. There are so many of them, that it is sometimes difficult to choose... From Carcassonne to York, here are the favorites of Le Petit Futé

30 km from Namur, Dinant enjoys a special location, between river and rock. Bordered by the Meuse, this charming little town invites you to get lost in its medieval ruins. Its citadel located on a huge rocky spur contemplates and dominates the city. The most sporty will take the 408 steps to reach the summit, the others will prefer the ring road. The view is breathtaking!

The historic centre of Český Krumlov is a UNESCO World Heritage Site for its taverns, galleries and medieval castles, which give it a unique charm. The city also has many well preserved Gothic, Baroque and Renaissance monuments: a surprising but coherent mix of styles! Located 140 km south of Prague, Český Krumlov is the ideal stopover for a trip back in time along the Vlatva River.

Founded by the Romans, York saw the coronation of Constantine, the only emperor to have been crowned outside Rome. A long history for this fortified city in the North of England whose 12th century ramparts still charm visitors. Shopping and history can be linked here as it is home to Europe's oldest shopping street, The Shambles. We've been shopping there since 1086! But the local star is the Gothic cathedral: the largest in northern Europe

Cochem, in the heart of Rhineland-Palatinate, is home to a very charming historic centre, lined with half-timbered houses. Its Reichsburg Castle, built on a hill 100 m high, offers a splendid view of the Moselle valley and its vineyards. Built in the year 1000, its remarkably well restored rooms can still be visited today. Medieval atmosphere, quality vineyards: the Cochem region is the ideal destination for a weekend getaway!

Colourful houses, a sunny coastline... Here, everything breathes Italy, yet we are in Slovenia! Piran, the pretty medieval town, belonged to the Republic of Venice from the 13th century onwards. The Serenissima has shaped its architecture and customs for more than five centuries. Today, both Italian and Slovenian are spoken there. This crossroads of civilizations is one of the best preserved medieval centres in Europe, in the heart of the Adriatic

Between the mainland and the peninsula of Čiovo, Trogir is built on a tiny island in the heart of the Adriatic. With more than 2,000 years of history, its historic centre is a UNESCO World Heritage Site. Its fortress, built in the 15th century by the Venetians on the southwestern part of the island, was completely renovated after the Second World War and today becomes a very active cultural centre and theatre in summer

Perched on a hill in the Tagus Valley, Óbidos is one of the seven wonders of Portugal. Its castle and 12th century wall, admirably well preserved, anchor the city in the Middle Ages. In the heart of its ramparts, a small village with immaculate walls striped in blue and ochre enchants visitors. This labyrinth of narrow alleys leads to lively squares and local craft shops. A little jewel to discover as soon as possible!

How to describe San Gimignano? Few adjectives reflect the unique atmosphere of this Tuscan village. Victim of its success, it is attacked by tourists from all over the world. If we forget the almost permanent crowd in its alleys, it is a dive into the feudal era that awaits us. Its historic centre, classified as a UNESCO World Heritage Site, houses high characteristic towers that symbolized the wealth and power of noble families

Capital of the Kingdom of Spain until 1500, Toledo is home to many multicultural treasures: Romans, Visigoths, Arabs and Jews have laid their stone there. Its historic centre, classified as a UNESCO World Heritage Site, overlooks the waters of the Tagus River. The Alcázar, the fortress that dominates the city, has made history. It has been the scene of many military clashes since the Middle Ages, and today we visit the Army Museum.

Carcassonne is one of the best preserved medieval cities in the world and the largest fortified city in Europe. Surrounded by a double wall and 52 towers, it invites you to travel back in time and immerse yourself in medieval architecture. Its county castle, protected by a moat and 9 towers, is a perfect example. The superb restoration of the city is the result of Viollet-le-Duc's work in the 19th century 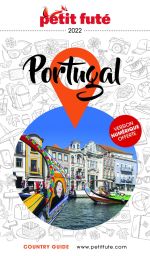