The three glacial cirques of the valley, Gavarnie, Estaubé and Troumouse, are part of the Franco-Spanish site "Pyrenees-Mont Perdu" inscribed in 1997 on the World Heritage List by UNESCO. Of these three jewels, Gavarnie is the most famous. Flagship of the department, it is among the most spectacular and most touristic sites in the country. Indeed, its splendour is breathtaking and its volumes are impressive: 6.5 km in circumference, a 1,500 m high wall and in its centre, like an impetuous heart of 427 m, gushes out one of the largest waterfalls in Europe. This sumptuous scenery is the result of geological movements. In the heart of the Pyrenees National Park, between France and Spain, Gavarnie reigns as a true monument, stretching over 30,000 hectares of landscapes, natural wealth and biodiversity. It has been listed as a UNESCO World Heritage Site since 1997 and on the green list of the Protected Areas Commission. A source of admiration for several centuries, the site has been the source of many legends, retains its mysteries and has long inspired artists, fascinates scientists and seduces mountain lovers, and challenges climbers who have explored this stone wall, a Mecca of Pyreneanism. When Victor Hugo went there, he was ecstatic: "it's the colosseum of nature, it's Gavarnie! ". Starting from the village, 2 to 4 hour hikes will allow you to discover its enchantment.

Open all year round. 1h30 walk to the circus hotel. In winter and spring avalanche risk. 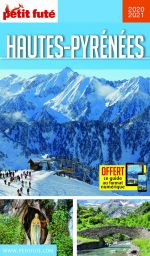