The sun is coming and so are the cravings for escapades! We are generally spoiled in France with many long weekends in April, May and June. So pack your suitcase, it's time to fly to one of these European destinations where the sun will surely be there! Petit Futé offers you its ten favourites where you can go for a long weekend in the sun.

N° 10 - Palma de Mallorca, a weekend in the Balearic Islands

Easily accessible thanks to low-cost airlines - Vueling from Paris, in particular - Palma de Mallorca, capital of the island of Mallorca in the Balearic Islands, will make you dream for a weekend. A city steeped in history, it houses a sumptuous cathedral facing the sea. The beaches are also very pleasant when the heat gets too hot. Take the ferrocarril, a particularly picturesque period train that will take you to Sóller: the panorama during the trip is stunning and the small village very typical. Palma de Mallorca is the ideal idleness city break!

N° 9 - Dubrovnik, pearl of the Adriatic

Dubrovnik is certainly the most beautiful fortified city in Europe. It was reborn from its ashes after the bombardments of the 1991 War of Independence to become an adorable city where it is pleasant to walk on the ramparts, especially at sunset. The old port and the turquoise sea in the distance offer a breathtaking panorama in this Croatian city where Latin and Slavic accents mingle. A jewel to discover, ideal for a long weekend!

Valletta, the capital of Malta, is a concentration of monuments listed as UNESCO World Heritage Sites. It is difficult to know where to turn in this city which testifies to the island's rich past, between East and West. The historic centre is easy to walk through and its cobbled streets all seem to flow into the blue of the Mediterranean... Don't miss the gardens of Upper Barracca, which offer a splendid view of the city.

Famous for its wine and its sweetness of life, Porto is a city full of colour, a joyful patchwork of styles and architecture. The Douro and its boats inspire walking and relaxation, as do the small alleys with their baroque churches. Your taste buds will also be thrilled by the gargantuan Portuguese specialities such as the famous francesinha, one of the best sandwiches in the world!

No. 6 - Athens, the mythical Athens

To discover Athens is to immerse yourself in Greek history... At the foot of the Acropolis, a sense of fullness and grandeur reminds us that these monuments have survived through the centuries. But Athens is above all a city that is lived! Dare to get lost, discover the small taverns where a delicious cuisine awaits you, you will find a festive and popular atmosphere ideal for a relaxing weekend.

No. 5 - Barcelona and its movida

Barcelona and its vibrant nightlife attract many visitors every year. City of Gaudí, it has an architecture of exceptional beauty, rich in colour, like the famous Güell Park. Its cultural dynamism and exceptional setting, at the foot of the Mediterranean, make it one of the most attractive cities in Europe. Close to France, it is the ideal place for a long weekend in the sun!

Easily accessible from Bari or Brindisi, Salento is located in the extreme south-east of Italy, in the heel of the Boot. Its capital, Lecce, is an open-air museum. Reflecting the golden age of Puglia, the baroque leccese decorates all the monuments of the city in a rare elegance... A long weekend in Lecce will give you a taste of the beauty of Salento, a real jewel of southern Italy

N° 3 - Corsica and its beauties

The blue of the sky and the sea, the green of the scrubland, the red of the creeks... Welcome to Corsica! The island of beauty is a palette of natural colours, from Cap Corse to Bonifacio. A region of character, it takes time to discover and conquer it: a weekend will only give you a brief glimpse of the delights of island life. Treat yourself to an enchanting break by booking your flight to Bastia, Ajaccio or Figari as soon as possible.

Capital of the largest island in the Mediterranean, Sicily, Palermo is discovered by forgetting the clichés that stick to its skin. Chaotic, noisy but very endearing, it is certainly one of the most picturesque large cities in Italy. Go deep into the popular alleys, admire the majestic fontana della vergogna, visit its terrifying Capuchin catacombs.... And above all, enjoy the best cannoli, pastries with typical Sicilian ricotta!

No. 1 - Seville, the Andalusian heat

Capital and heart of Andalusia, Seville is an architectural jewel. Its impressive cathedral and majestic Alcázar have been listed as a UNESCO World Heritage Site since 1987. Seville is the flagship city of Spanish history, with many monuments marked by Christian and Muslim cultures that have coexisted there. Every evening, the Santa Cruz district is the heart of the movida... From bar to tapas to wine bar, the festival is in full swing until very late. Seville is the ideal city for a long weekend in the sun, festive and cultural! 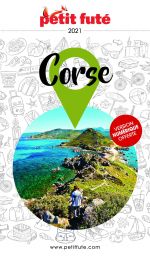 Corsica in winter, an authentic and exotic destination

It is not for nothing that it is nicknamed the Island of Beauty! In the south of France, in the heart of the ...

Corsica, an island of character and exception

This tourist destination is a superlative! It is a festival of pearls and jewels, a succession of beaches and superb ...