The Pyrenees of Catalonia: a choice territory for mountain hiking

Located in the north-eastern part of Spain, between the French border and the Mediterranean coast, the Pyrenees of Catalonia and its peaks reaching 3,000 m in altitude await mountain enthusiasts. The territory is made up of a multitude of breathtaking landscapes that delight those who like to walk in direct contact with unspoilt nature. There are natural parks, the only national park in Catalonia, but also villages with stone houses where you can take the time to stop and observe the heritage, enjoy the local gastronomy and sleep in a country house. Miles and miles of marked trails are open to walkers to cross these mountain landscapes for a day or a multi-day trek. Grande Randonnée (GR) trails and stage crossings, here is a selection of expeditions that lead walkers to focus on the fauna, flora, peaks, meadows and heritage, to come into contact with the locals and to discover the history of a unique territory.

On the way to the Long Distance Trails

Catalonia has 30 long-distance footpaths (GR), routes of more than 50 km that are marked and maintained by the hiking federations. They allow you to enjoy the many riches of the region: the coastline, the heritage, but also the striking landscapes of the Catalan Pyrenees. Among these paths, the GR 1 starts at the exceptional site of the Greco-Roman ruins of Empuries on the Mediterranean coast, and then crosses the Iberian Peninsula from east to west, until it reaches Finisterre. It crosses the pre-Pyrenees region with its green and hilly landscapes, and leads to the heart of villages that have marked the history of Catalonia. Besalú and its magnificent religious monuments, with the churches of Sant Pere, Santa María and Sant Vicenç. Not forgetting Ripoll, a town with a thousand-year-old history that grew up around the Benedictine monastery of Santa Maria de Ripoll, built in the 9th century in Romanesque style. In its final stretch in the Catalan Pyrenees, the GR 1 also allows you to cross the cliffside landscapes of the Mont-rebei gorge, where you cannot get enough of the views of the cliffs and the turquoise colour of the Noguera Ribagorçana river that runs through them.

The GR 11 is another long-distance footpath that is not to be missed. It crosses the Pyrenees on the southern side, from the Cantabrian coast to the Mediterranean, and is the most mountainous of all the routes. We cross the natural parks of Cap de Creus and the High Pyrenees, before setting foot in the national park of Aigüestortes and Lake Saint-Maurice, with its mountainous peaks and where water is present in all its forms: lakes, rivers and other waterfalls. It is also a pleasure to walk through the deep valleys of the Alta Garrotxa and to see the Alberes massif. Along the way, walkers will also come across numerous heritage sites, such as the impressive monastery of Sant Pere de Rodes, whose origins date back to the 10th century.

In the Pyrenees of Catalonia, there are a multitude of routes for walkers, families and groups of friends. Hikers can take the initiative to walk them alone or accompanied by a guide. Going with a guide is an opportunity to learn more about the history and specificities of the territory, as well as to feel perfectly at ease from the point of view of safety and comfort. It is also possible to book treks with specialised tourist companies that offer services to simplify the organisation and running of the trip: booking accommodation, providing a guide, transporting luggage, etc. Here is a selection ofitineraries to follow to cross the Pyrenees of Catalonia, but also the French Pyrenees, and thus marvel at the fabulous mountain landscapes on both sides of the border.

Pass'Aran is a fantastic 5-day cross-border sports circuit between the Val d'Aran and the Ariège in France. This 64 km route has 5 lodgings for as many possible stages. Pass'Aran was created by smugglers and traffickers in order to survive in the wilderness. Here, there are no roads or tracks, everything is wild and in this respect, the Pass'Aran Loop is without doubt one of the most beautiful in the whole Pyrenean chain. On the way, we cross passes exceeding 2,400 m in altitude. The ascent of the major summits of the Couserans such as the Crabère, the Mont Valier, the Barlonguère or the Maubermé are special moments. This hike is recommended in summer, when it is necessary to be equipped with an ice axe and crampons, because some passages are snowy.

The Freedom Mountains route straddles the Alt Pirineu Natural Park in Pallars Sobirà in Catalonia and the Ariege Pyrenees Regional Natural Park in France. This four-stage route, which requires a good physical condition, cannot be dissociated from history, since it follows the paths taken by the Jews to escape the Holocaust, and by the Catalans who set off for France at the end of the Spanish Civil War. From refuges to magnificent landscapes, we pass through alpine meadows, forests, and then we stop at the edge of lakes. To our great pleasure, we cross the path of marmots, isards, grouse and vultures. This hike is best done from June to September.

It takes about 13 days to complete this 224 km route which follows the GR 107 long-distance hiking trail. This cross-border route links the town of Berga in Catalonia to that of Foix in Ariège. Regular hikers can do it without difficulty from April to November. The particularity of the Chemin des Bonshommes is that it leads the walkers on the route of the Cathars, who in the 13th and 14th centuries crossed the Pyrenees to find refuge in Catalonia. In terms of nature, we can marvel at such gems as the sanctuary of Queralt, the castle of Gósol and that of Montségur, in Ariège. Nature is just as beautiful with the Cadí-Moixeró nature park, the panoramic views of the Pedraforca massif and the Cadí in Spain, and the Orlu nature reserve in France. Also not to be missed on the Spanish side, a picnic and relaxation near the superb Molí del Salt waterfall.

As its name suggests, the 3 refuges hike connects the refuges of Ulldeter, Ras de la Carança and Coma de Vaca, where you can enjoy stopping along this 52.5 km route for a good meal of local cheeses and cold cuts before resting your muscles for the night. This route is remarkable for its breathtaking views of the Pyrenees-Orientales, with a beautiful array of colours from June to September. The beautiful flowers, spectacular gorges, lakes, lush forests, powerful rivers and abundance of wildlife bring you closer to nature than ever before. On the way, you can also climb the main peaks of the area: Balandrau, Bastiments, Gra de Fajol, Gallinàs, Torreneules and Puigmal, and thus get a good dose of sensations.

The Refugis del Torb high mountain route is divided into 5 stages and links two of the most emblematic peaks in the Eastern Pyrenees: the Puigmal, which reaches 2,910 m, and the Canigou peak, which rises to 2,784 m. Between the two, along the route of just over 73 km, which is recommended to be walked in the summer, you will find paths that for centuries have been trodden by smugglers, pilgrims, shepherds and now by experienced hikers. On the nature side, the Núria valley, with its spikes and deciduous forests, the Ulldeter cirque and the large Carança pond are on the agenda. And don't forget to take a break in the village of Mantet, in France, so beautiful and moving with its stone buildings and its feeling of being lost in the middle of nowhere.

From Cadaqués to Collioure

What if a hike in the Pyrenees of Catalonia was the opportunity to join two key towns in the north of Spain and the south of France: Cadaqués and Collioure? 72 km, 7 days, 6 nights and 5 stages await hikers in good physical condition and used to walking with differences in altitude. This itinerary is ideal for walking in June and September and offers a wide variety of landscapes. It starts with the steep cliffs of Cap de Creus and the small wild coves and then follows the ridges to the north, always overlooking the sea. Once past the Albères massif which joins the sea, you will discover the Côte Vermeille through its vineyards and scrubland, its Mediterranean farmhouses and its panoramic signal towers. This hike is also cultural, as it leads you in the footsteps of Dalí in Cadaqués, and to the heart of the panoramas that inspired Matisse, Picasso or Dufy in Collioure 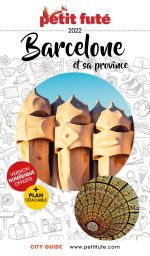 Christmas in Figueres, between traditions, Dalí atmosphere and shopping

What if in 2021, the end of the year celebrations were an opportunity to see the country? Without having to go very far, ...

Costa Barcelona-Maresme, Mediterranean beauty open to visitors all year round

The Costa Barcelona-Maresme is a Catalan county that lies to the north of Barcelona, between Montgat and the river ...

The province of Barcelona, cultural heritage and natural wonders

Several million visitors come to the Catalan capital every year. It has to be said that the bustling city of Barcelona ...