The 10 best wine destinations in the world

We know all the love of the French for good wines: from Bordeaux to rosé de Provence, France is a favourite land in the domain. But let's open our horizons and discover other productions! Wine tourism has grown considerably in recent years: what could be better than to taste great wines against a backdrop of sumptuous landscapes? From Italy to California and South Africa, Petit Futé offers you its 10 favourite destinations for wine lovers

N° 10 - Santorini and its Vinsanto

For 3,500 years, Santorini, in the Cyclades archipelago, has been famous for its vine growing. This ancestral know-how produces succulent and refined white wines. Among them, the assyrtiko, the athiri or the aidini but it is undoubtedly the Vinsanto which is the most famous. Produced since ancient times, this white and sweet nectar is made according to a very particular vinification method: the grapes are dried on the ground or straw. A real pleasure for the summer!

No. 9 - Marlborough, the vineyards of New Zealand

In the northeast of the South Island, the Marlborough region produces more than half of New Zealand's wines! Its vineyards as far as the eye can see, surrounded by high peaks, especially in the small town of Blenheim, offer a splendid cultural setting. Its exceptional expansion is mainly due to the Sauvignon Blanc grape variety. These generally fruity wines with exotic aromas delight the palates of connoisseurs!

For more than 2,000 years, the Haut Douro, in northeastern Portugal, has been a wine-growing region. If there is one wine that characterizes this area, it is obviously port, renowned throughout the world! A weekend in the Douro Valley allows you to admire sumptuous landscapes listed as UNESCO World Heritage Sites while discovering the cellars where this sweet nectar is preserved, particularly in Villa Nova de Gaia. In September, during the harvest, the visit is all the more interesting

No. 7 - The Aconcagua Valley, on the Chilean wine route

With its cold and humid winters, hot and dry summers and a breeze straight from the Pacific, the Aconcagua Valley, north of Santiago de Chile, is a land of choice for wine production. In 1854, Maximiano Errázuriz imported French vines and founded his cellar. Today, his estate produces great wines that are recognized throughout the world and have won several awards. Tasty nectars to enjoy in the heart of the Andes Mountains!

In northern Spain, at the foot of the Pyrenees, the autonomous community of La Rioja produces some of the country's finest wines. In total, there are more than 1,200 bodegas where you can taste one of Spain's most famous wines: Rioja. If some of its grape varieties are white, it is especially famous for the power of its reds. Haro, the main city of La Rioja, is an admirable Baroque city. We can see the importance of viticulture in its many wine cellars: one of them was designed by Gustave Eiffel!

No. 5 - Mendoza, capital of Argentine wine

Argentina is the fifth largest wine producer in the world and the first in Latin America. It is a choice wine destination! Near the Chilean border, in the Andes Mountains, the Mendoza region is famous for its vineyards located at an altitude of 1,200 m. This altitude favours the growth of the vines and the cultivation of grape varieties such as the famous malbec or chardonnay. The city is full of open cellars for visitors. Many visits, on foot or by bike, also allow you to discover its vineyards

No. 4 - The Stellenbosch region, the vineyards of South Africa

In southwestern South Africa, Stellenbosch is the heart of African viticulture. This mountainous area bordered by the Atlantic Ocean offers all the conditions to obtain quality wines. The production is mainly based on red wines: pinotage is a local hybrid grape variety that deserves to be known! Stellenbosch is also one of the most beautiful wine routes in the world: its geological diversity will amaze you

No. 3 - Tuscany, on the Chianti lands

Chiantigina is one of the most beautiful roads in Italy. This route, which starts south of Florence, crosses the Chianti classico and its thousands of hectares of vineyards. Its hilly landscapes, where cypress and olive trees grow, are the backdrop of a wine tradition dating back to the 13th century. If you already know Chianti, try Rosso di Montalcino or vino nobile from Montepulciano before visiting the many historic villages along the road. Love at first sight guaranteed!

N° 2 - The Napa Valley, the excellence of Californian wine

The Napa Valley in California produces some of the most famous wines in the world. To discover it, nothing could be easier: its famous Route 29 crosses this bucolic landscape where vineyards grow in the sun in more than 50 quality vineyards. Here, the kingly varieties are Cabernet Sauvignon, Zinfandel, Chardonnay and Pinot Noir. A short stopover in the city of Napa will allow you to enjoy its quality organic markets where tomatoes, olive oil and sausages are served with a great vintage!

N° 1 - The Médoc and the Bordeaux wine routes

From the north of Bordeaux to the tip of Grave, the Médoc vineyards can be discovered over more than 100 km. It is undoubtedly one of the most popular wine routes in the world. Its great wines classified in 1855 under the impetus of Napoleon III have made its reputation. All along the way, we discover the castles and estates that give it its prestige and let ourselves be charmed by this land of character, between the Atlantic Ocean and the Gironde estuary 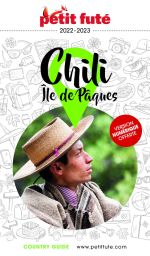 Top 10 extreme activities to do abroad!

You're an Indiana Jones adventurer and the holidays basking under the coconut palms, very little for you? Do you prefer ...