The essentials of the Occitania region

With sunshine often at the rendezvous and an exceptional wealth of heritage, the Occitan region never ceases to unveil its treasures. One only has to go to its main cities, Toulouse and Montpellier, to discover exceptional monuments and squares and a cultural activity always overflowing. Its high perched villages and majestic bridges also make it a surprising territory, where man has fashioned real jewels. On the nature side, from the Mediterranean Sea to the Pyrenees, through canyons and vineyards, it seems difficult to make a selection among all the activities of the region. But here are a few of the must-sees 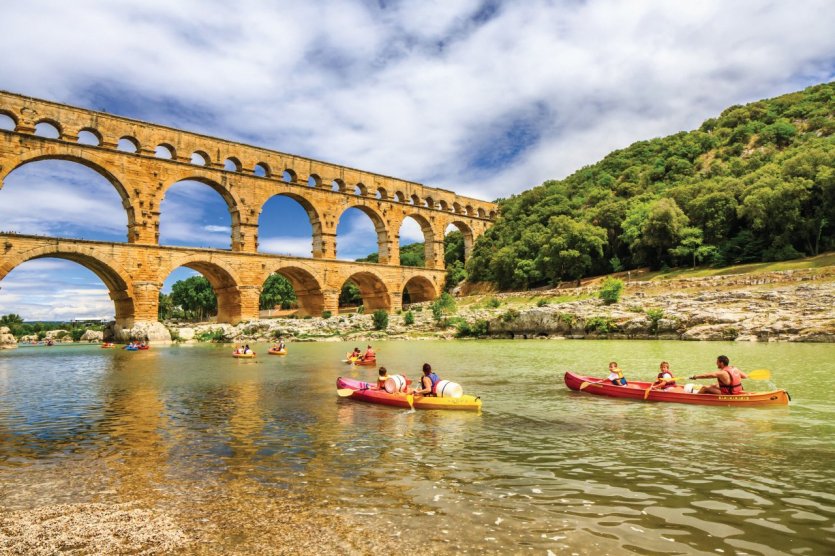 The castle of Montségur, the Mecca of Catharism

Built on a rocky spur, also called "Pog", the castle of Montségur cannot but appeal to visitors by its exceptional location, proudly dominating the village below. It was rebuilt in the 13th century and has an eventful history. It was first the refuge for a certain number of Cathars chased by the Pope's army, before the King of France also decided to put an end to Catharism and Montségur. On March 16, 1244, the Cathars were burned at the stake and more than 200 of them were burned alive. Accessible at an altitude of 1,207 m, the fortress reveals its formidable medieval remains and the visit is also worth the detour for the panorama offered over the village and the surrounding area 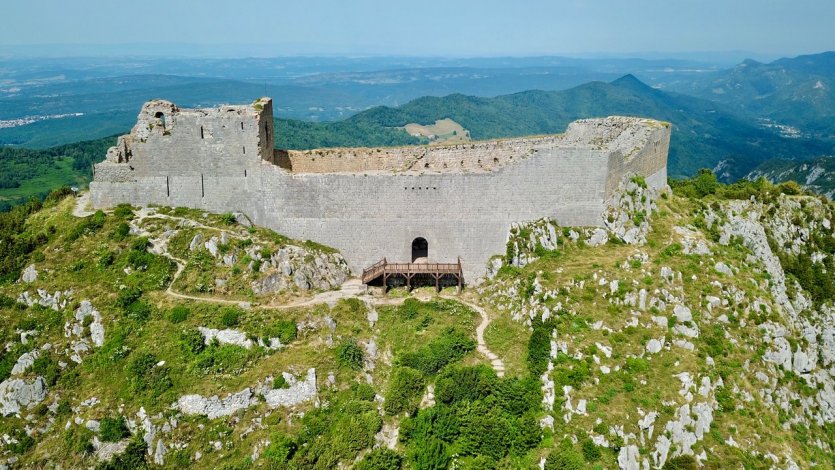 A stop in Carcassonne allows you to discover one of the most fascinating towns in Occitania. The many visitors who come here every year enjoy strolling through the medieval old town and discovering its main monuments: the count's castle or the Saint-Nazaire basilica. And how not to be fascinated by its 3 km of ramparts, etc.? The 52 towers, visible from miles away. To discover Carcassonne is to plunge into the heart of the work of the great Viollet-le-Duc and his art of rehabilitating buildings from the medieval period. Carcassonne is also the museum of the Inquisition to plunge into the heart of the darkest period of the city's history, and more delightful, the possibility to sit at a good table to taste a traditional cassoulet 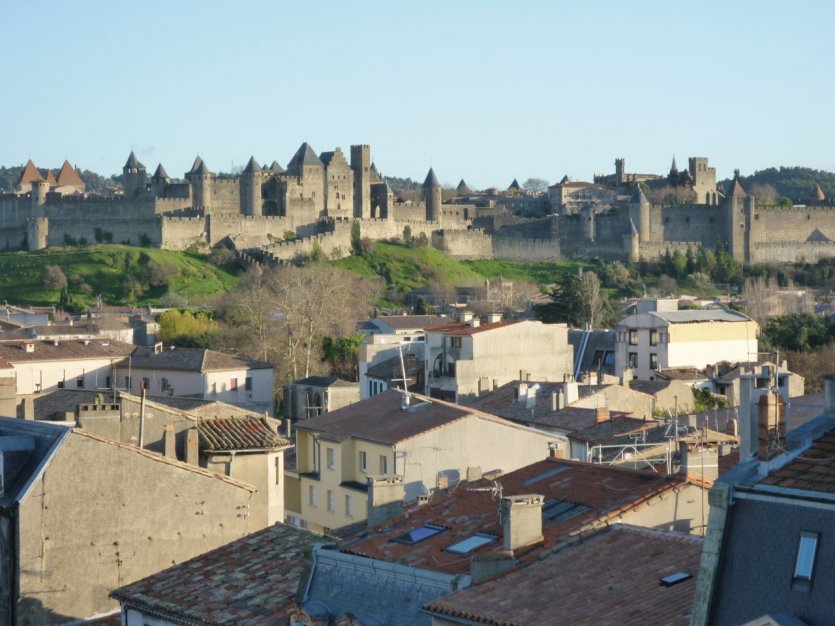 Enjoy a view of the Millau Viaduct

The Millau Viaduct is a monumental technical feat and when you look at it from a distance, you realise how perfectly it blends in with the Millau landscape. Around it, there are numerous viewpoints that delight the curious who come to admire it or take a few pictures. For this and among the unmissable viewpoints, visitors can go to the Cap de Costes-Brunas and enjoy an extensive view of the viaduct and its surroundings, go to the Millau viaduct area for views of the building seen from above or go to the terrace of the Belfry of Millau which dominates the old town with its 42 m high 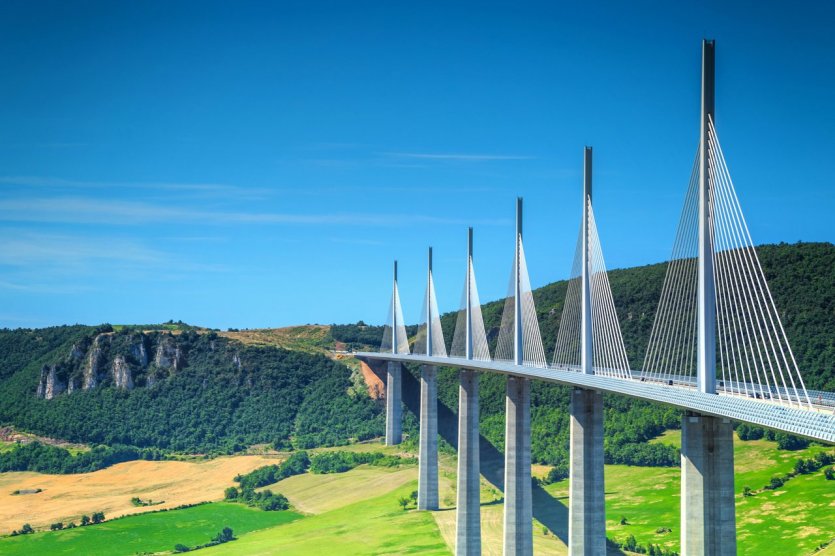 Collioure, jewel of the Pyrénées-Orientales

Collioure is a commune of great beauty, a pearl situated on the Mediterranean coast and overlooked by mountains. It is good to stroll on its port where one notes the presence of pretty colored boats. The colours are also to be found on the facades of the buildings in the Mouré district. In a maze of cobbled streets, one can enjoy a jovial atmosphere and understand why many Fauvist artists took pleasure in setting their easels there to paint, among them, Derein and Matisse. There are also the must-see monuments: the Saint-Vincent chapel, the Notre-Dame-des-Anges church and the royal castle. For swimming, the town has beaches and creeks directly in the town centre, where you can discover translucent waters that also invite you to a change of scenery 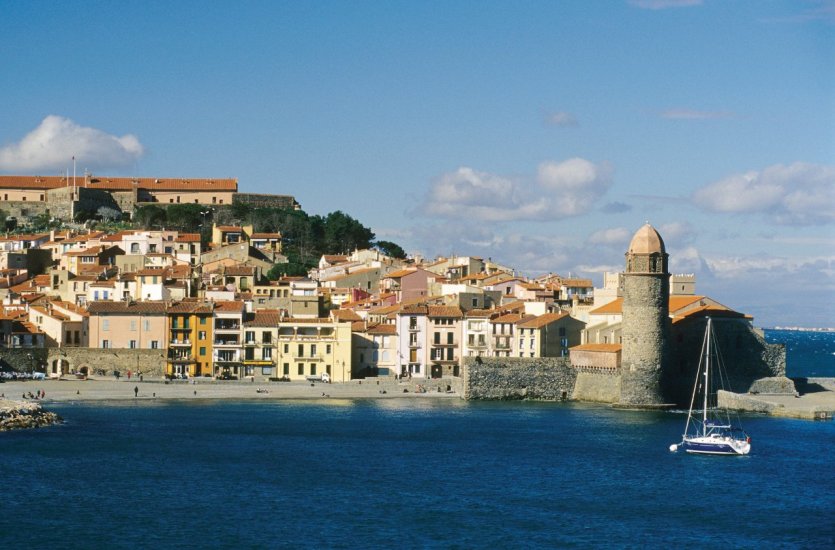 Hiking in the Cirque de Navacelles

Situated between the causses of Blandas and those of Larzac, the Cirque de Navacelles is one of the largest canyons in Europe with a depth of 300 m. This meander was dug by the Vis and is enclosed by impressive limestone walls. In 2017, it was awarded the title of Grand Site de France and while hiking there, one can only understand why. The best way to discover it is of course to walk or cycle through the canyon and admire its incredible fauna and flora. You can also appreciate its splendour by climbing to the top of the canyon and reaching the Blandas lookouts. To complete the visit, don't miss the picturesque hamlet of Navacelles and to cool off on the hottest days at the Vis waterfall 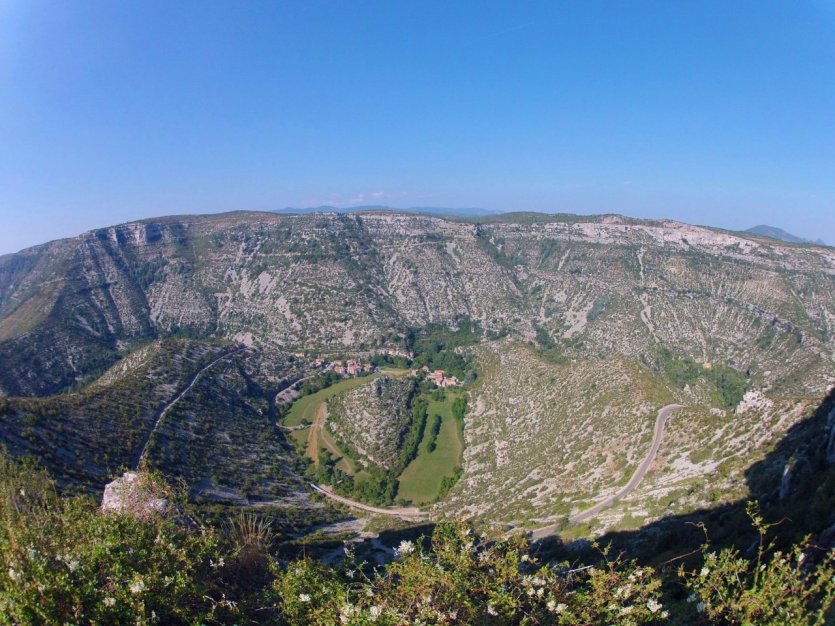 This aqueduct bridge built by the Romans in the 1st century AD is quite simply exceptional by its dimensions and its excellent state of preservation. It consists of three rows of arches superimposed and its height reaches 49 m. It is also the highest Roman bridge in the world and when admiring it, one cannot help but notice the architectural prowess it may have represented at the time. Through the beauty of the river that runs underneath and the green environment that surrounds it, one can see how its builders wanted to make it, beyond a monument, a true work of art 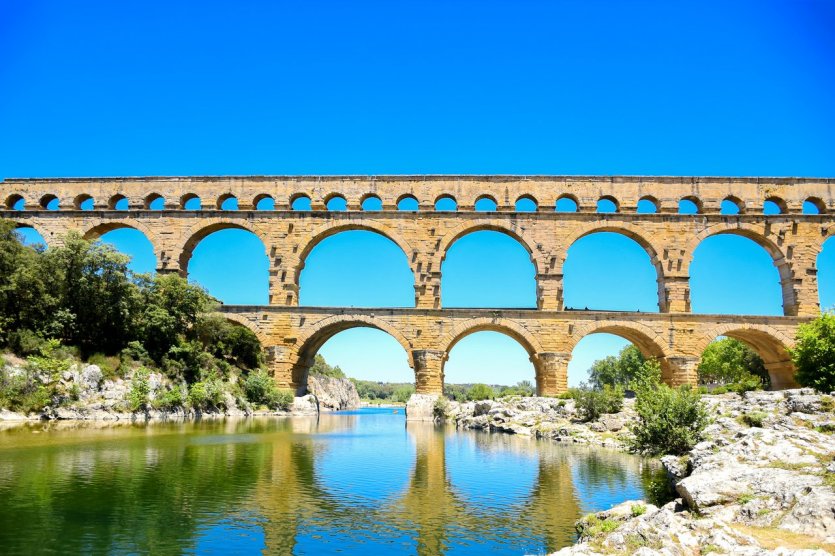 To cross the Canal du Midi

The Canal du Midi is a canal dating from the 17th century that connects Toulouse to the Mediterranean. It offers a romantic stroll in a green setting and many people walk or cycle along it to enjoy the calm of the water's edge and the shade of the trees for a picnic or family activities. During a walk along the canal, one can also escape for a few moments to visit the surrounding communes, such as Carcassonne and Castelnaudary. Today, companies also offer boat hire for river cruises through the locks. The Canal du Midi is a UNESCO World Heritage Site 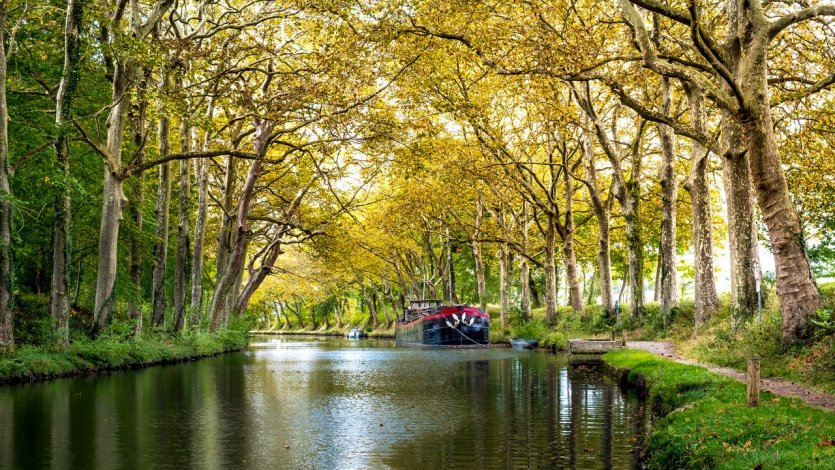 An ascent to the Pic du Midi

The Pic du Midi is accessible to all by cable car and allows you to reach the roof of the Pyrenees. While the cable car ascent is already an experience in itself, since it takes place at about 300 m above the ground, other experiences await visitors once they arrive on site. First, of course, you can enjoy the magnificent views of the massif and learn how to identify the different peaks. Then, the Espace Expériences awaits those who wish to tackle the themes of the Pic du Midi research in a playful way, when the Planetarium delights history and science enthusiasts. Of course, you won't leave without observing the sun live from the Astronomer's Dome. Possibility to eat on the spot. 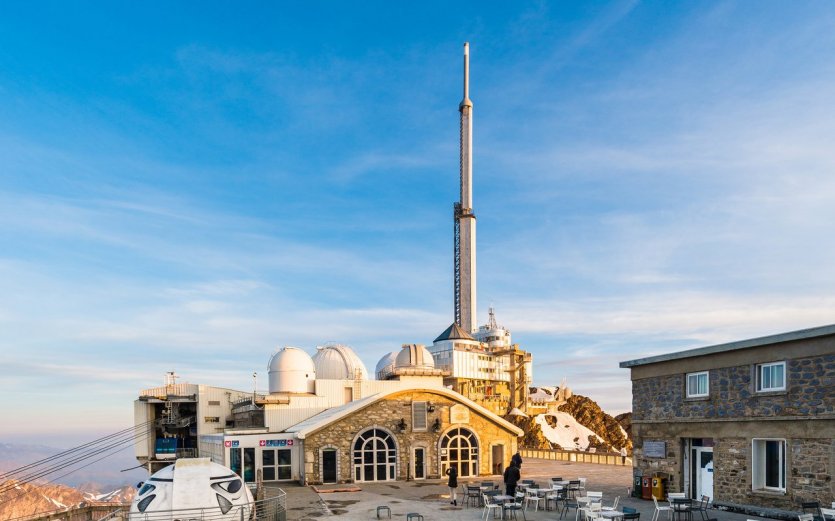 Thanks to interactive exhibitions and animations, young and old alike can discover the aerospace world in an educational and fun way. Among the highlights to be experienced on site, the discovery of the constellations, boarding the Ariane rocket or a walk on the moon. We also learn more about the life of astronauts in space and the history of its conquest. In short, we leave this unmissable site of the Pink City with a clear understanding of the organization of the universe 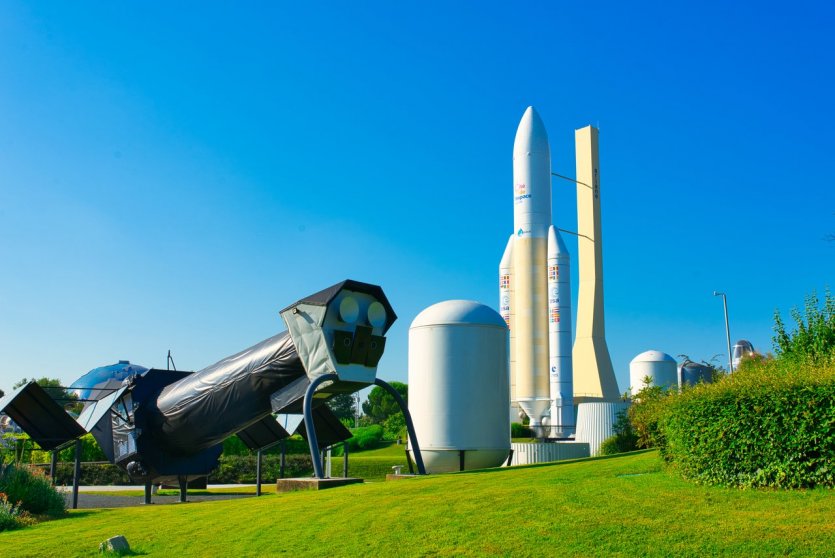 Going underground in the Padirac Abyss

In the north of the Lot department, an incredible site awaits visitors. There is a natural cavity that is several hundred thousand years old, formed by erosion and the collapse of the vault of an ancient underground hall. Water has also infiltrated there by nibbling away at the rocks. The result is spectacular with, on the one hand, a 35 m long cavity on the surface and, on the other hand, in the bowels of the Earth, a succession of underground galleries that visitors can walk through in a boat after descending to 103 m from the surface. Here, stalactites are reflected in crystal-clear water, as in the superb Rainy Lake 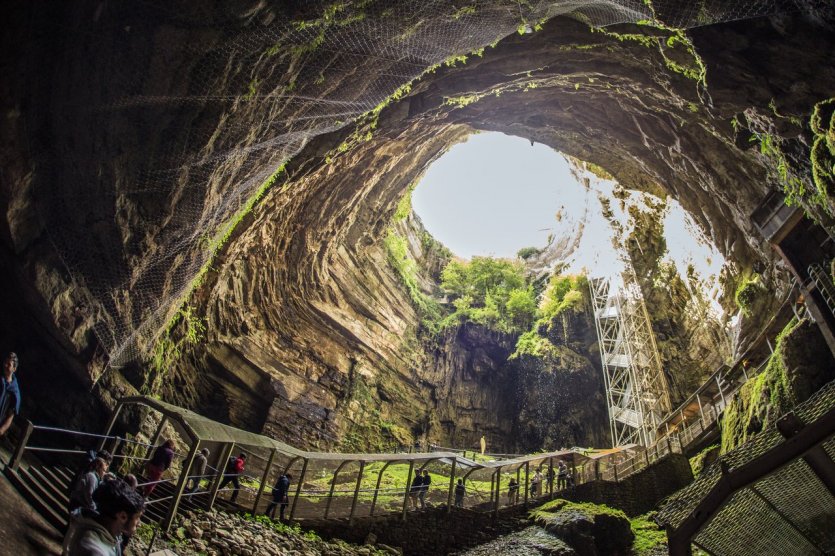 Rocamadour is one of the most beautiful villages to visit in Occitania, and its situation has enough to amaze more than one. Its construction on a steep cliff makes it a vertiginous place, 1,502 m above a vast canyon where the Alzou river flows. When passing through the village, you should not miss the opportunity to wander through its picturesque streets and climb the 216 steps that lead up to the medieval town. Lovers of religious architecture will also marvel at splendid buildings such as the church of Notre-Dame de Rocamadour, the basilica of Saint-Sauveur de Rocamadour or the chapel of Saint-Michel 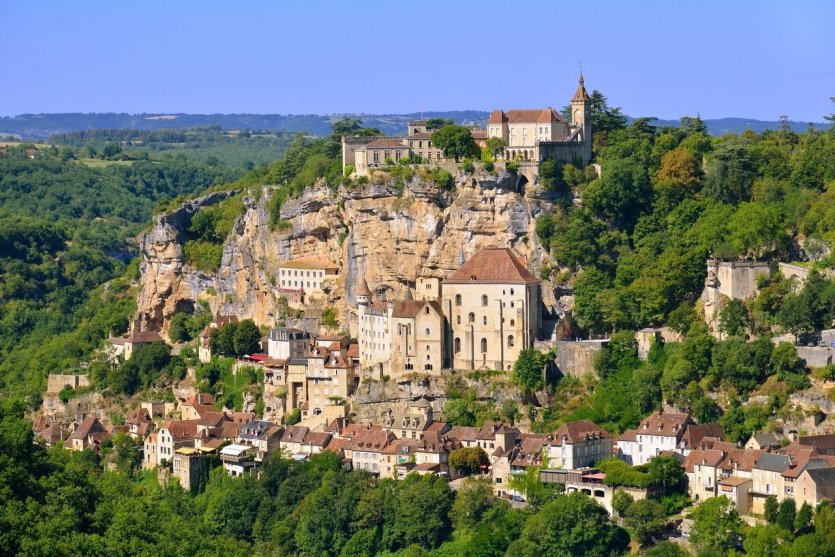 The Cévennes National Park is a remarkable place to hike and discover a wide variety of landscapes. From the granite atmosphere of the Lozère mountain, we pass to the majestic forests of the Aigoual, and after having criss-crossed the Tarn gorges, we leave to join the deep valleys of the schistous Cevennes. In this territory of medium mountains, one discovers a flora of any beauty, peat bogs, cliffs, forests of leafy trees without forgetting the moors of the cevennes crests. The fauna is also present in mass with beavers, vultures, deer, roe deer and other bearded vultures. Without forgetting the architectural heritage with wonders such as traditional dwellings, bridges, fountains and mills 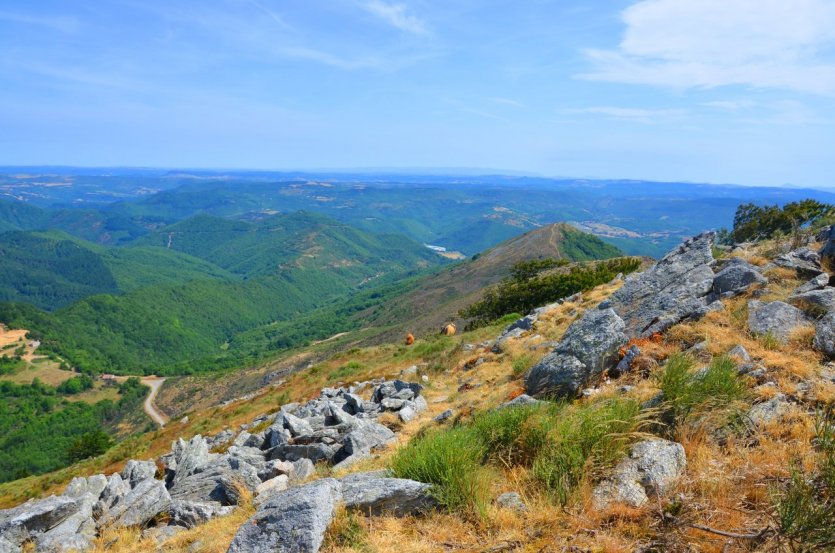 A walk in the Tarn gorges

The gorges of the Tarn are well worth a few days' stay. Discovery, adrenaline, peace and quiet, outdoor activities, many experiences await all those who wish to reach this beautiful area. It is a canyon dug by the Tarn itself between the Méjean and Sauveterre causse and the hikes reveal panoramas of steep rocks, small cliff-sided towns and crystal-clear waters that should not be missed when kayaking. To discover all that there is to do in the area, a detour to the Maison du Parc which takes place in the castle of Florac in Lozere is a good way to get the best shots. 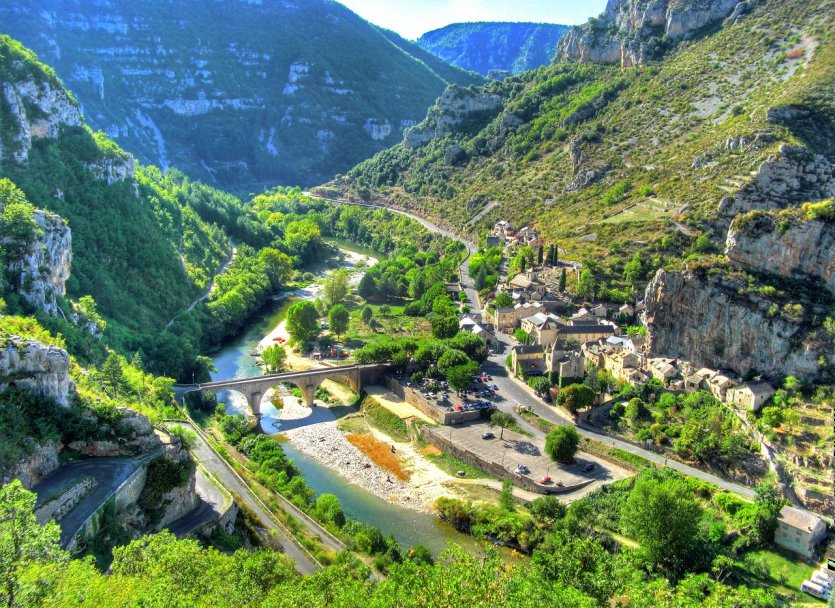 An urban getaway in Montpellier

With a large amount of sunshine throughout the year, Montpellier is moreover dynamic in every respect. As a student city, it is one of the most lively cities in the south of France. You start by going to the Place de la Comédie to observe the architecture of the monuments, before strolling through the streets of the old quarter of l'Écusson, which are sure to catch the eye, between its mansions and its pretty squares, such as the Place de la Canourgue. You can also change atmosphere during your stay to explore the Antigone district, a fine example of post-modern architecture. For a green experience, the Jardin des Plantes and the Promenade du Peyrou are a must. The latter offers a view of the Cévennes and the sea in the distance. The sea, which can be reached in no time at all from the centre of Montpellier 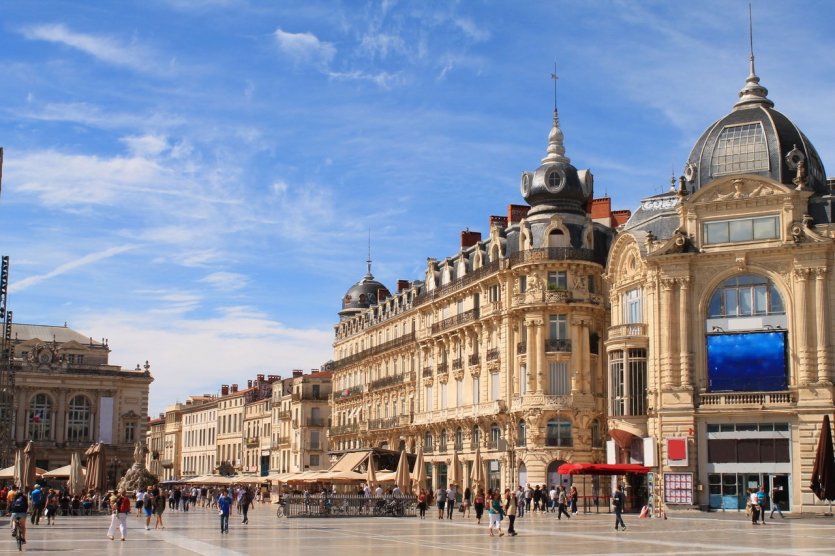 Millions of years ago, glacial and river erosion formed exceptional natural cirques in the Pyrenees. Among them, we must mention the unmissable Cirque de Gavarnie. This natural arena is surrounded by several peaks of over 3,000 m and the walks never cease to reveal panoramas that leave a lasting impression. When visiting the commune of Gavarnie-Gèdre, how can you not marvel at the beauty of nature, with a view of the circus already in its infancy? Then, on foot or on horseback, depending on your mood, you will reach the Cirque's hotel, at the foot of the rocky walls. And how not to mention the Grande Cascade, the largest in France, which gushes out from 432 m high? 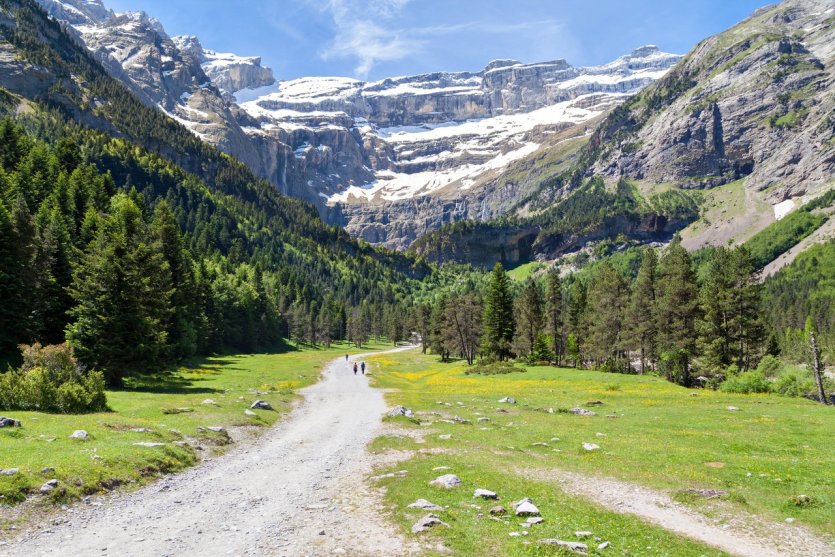 The 10 snowiest ski resorts in France

Winter is coming and we all hope that the health situation will allow those who wish to join the French ski resorts to ...

For many of us today, retirement means a new beginning. And we can quickly become envious of elsewhere. A change of ...
Read the article

After exploring our beautiful country last summer, we start dreaming of a road trip to the four corners of France. So ...
Read the article