Top 10 of the most beautiful diving spots in the world

More than 70% of the earth's surface is occupied by seas and oceans. An immensity of blue which, once observed more closely, reveals its multiple riches. With the light of a lamp alone, it becomes much easier to explore the people and wildlife of the seabed. Scuba diving is about hovering over buried caves, underwater canyons, discovering coral reefs with multiple colors and many different fishes. From the cenotes of Yucatán in Mexico to Koh Tao in Thailand, diving is about learning more about the seabed, a vast world full of mysteries. According to us, these are the most beautiful diving spots in the world.

Read also: The most beautiful diving spots in Europe

In the middle of the Pacific Ocean, east of Australia and north of New Zealand, New Caledonia stretches out. This French land at the end of the world contains the largest lagoon in the world: 1,600 km of coral reef for a surface area of 24,000 km². Classified as a UNESCO World Heritage Site, this lagoon has an incredible underwater richness and countless diving opportunities. From Nouméa to Lifou via Bourail, the sites allow you to observe caves, wrecks, faults... Diving in New Caledonia is also about discovering many fish such as loche, grouper or parrot fish and for the lucky ones the chance to observe turtles, manta rays or many shark species.

Considered by Charles Darwin as "the paradise of evolution", the protected Galapagos archipelago has an incredible underwater biodiversity. Nearly 2,909 species live together! Located 970 km from the coast, the Galapagos Islands are divided into 13 islands, 17 islets and 47 rocks. Thanks to its remoteness from the continent and the protection of certain sites, this atoll can boast more than 18% of endemic species. Some 400 species of multicoloured fish are growing in its waters, not to mention marine turtles and many species of sharks such as hammerhead sharks. Not necessarily need to go very deep, coral reefs are revealed with a simple mask and a snorkel

Known as "the emerald of the Pacific" and a UNESCO World Heritage Site, Isla del Coco is located 23 km off the coast of Costa Rica. Very isolated, the Isla de Coco is considered as a sanctuary of the planetary ecosystem. The seabed is exceptional with waters rich in phytoplankton and currents. In the middle of the reef, schools of fish encircle the divers. They come from all over the world to observe stingrays, hammerhead sharks, white-nosed sharks and the giant and peaceful whale shark. During the plankton season, don't miss the whales, and even the "frog fish".

The richness of these waters makes diving the main attraction of French Polynesia. 350 km northeast of Tahiti, Rangiroa Atoll is renowned for its many incredible spots. The Tiputa pass, for example, allows divers to observe dolphins, red mullets, barracudas, and sharks by the dozen. The Avatoru Pass reserves natural resources such as caves. Here again, the surprises are underwater. Giant Manta rays (more than 7 m in length) are omnipresent. Divers also discover tuna, grey sharks and impressive "Tapete" (white tip sharks).

Barracudas, groupers, hammerhead sharks... So many species that Micronesia reserves for all divers. But beyond animal species, Micronesia remains known for its historical importance. Let's go to Truk Lagoon! It is undoubtedly the most beautiful wreck field in the world. Known as an underwater museum, Truk Lagoon is famous for its hundreds of shipwrecks and aircraft from the American air raid "Hailstone" of February 17, 1944. In these clear, calm and shallow waters, these ghost ships have been able, over time, to tame a very special fauna and flora

N°5 - Safaga and the treasures of the Red Sea

In Egypt, 53 km south of Hurghada, Safaga, the only commercial port in the region, is renowned for its long black sandy beaches and endless bay. The main advantage of the area is the quality of the seawater, rich in minerals and the beneficial effects on the skin. The seabed is also incredible. Some sites are even among the 10 most beautiful spots in the Red Sea. Panorama Reef, for example, has a huge concentration of anemones and fish. A spot so rich in history since it is in Safaga, more precisely between Shaab Claude and Shaab Amari, that the wreck of the famous Salem Express, a ferry bringing back pilgrims from Mecca that sank in 1991, is located 30 m deep.

If Australia alone represents the program of a lifetime for a diver, it is because it has one of the richest areas of underwater life. The must-see: the Great Barrier Reef. Listed as a UNESCO World Heritage Site, it is simply the largest coral reef in the world. It is 2,500 km long and 2 km wide and is divided into several sectors. In the south, the coral reefs extend 300 km from the shore, in the north, the reef is closer to the coast. A marine paradise in which 1,500 species of fish and 400 species of corals live.

N°3 - Koh Tao for all audiences

Known for hosting the most beautiful coral reefs in Southeast Asia, Koh Tao in Thailand, which means Turtle Island, is the ideal place for beginner and advanced divers. The waters are shallow and allow you to contemplate marine life. With a little luck, the more experienced can observe the barracuda, the whale shark and even the green turtle. For beginners, direction Mango Bay (Mango Bay) in the north of Koh Tao for easy dives. The premises attract tropical fish near the shore. Enough to allow you to observe a multitude of species

Several million years old, the cenotes of Yucatan in Mexico, from the Mayan word dzonot (meaning water hole) are underwater caves, resulting from the erosion of the limestone rock above the groundwater. If cenotes are formed over time, they all have their own charm. Their shape, colours and depths vary from one cenote to another. Considered as a place of ritual by the Mayans, the cenotes are nowadays famous diving spots in the world. Don't panic, everyone will find their happiness: the province of Yucatán has more than 10,000 cenotes, especially near the ancient Mayan city of Tulum.

N°1 - Dive into history in Palawan

Located southwest of Manila, Palawan province is the jewel of the Philippines. Diving in Palawan is not only discovering the richness of its marine fauna, but also diving into the heart of the conflict of the Second World War. Head to Coron Bay to learn more about this period thanks to a dive on wrecks of Japanese ships. The coral reef of the El Nido protected area is also a must. Diving in these turquoise waters is like hoping to meet a dugong, an endangered mammal, emblem of the Republic of the Philippines. 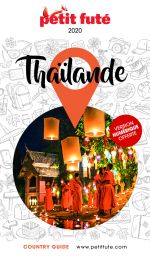 The discovery of wildlife is one of the musts of a trip when you are in love with nature and wide open spaces. ...

The health crisis has demanded the implementation of massive telework for all companies whose activities allow it. For ...