Discover the mythical Masai Mara on an exceptional safari

The Masai Mara National Park is located in the southwestern part of Kenya and is, to say the least, an ideal territory for those who wish to experience a safari full of surprises. Covering an area of 1,510square metres, is one of the largest wildlife reserves in Africa, home to over 95 species of mammals (including the Big Five) and 570 different species of birds, as well as breathtakingly beautiful scenery. It is a gently rolling savannah with highlights such as the Oloololo Escarpment, Ngama Hills, Mara Triangle and the Central Plains. These places are best visited during the months of January, February and June to September, when the climate is dry and temperatures mild. It is also on this territory that the Masai live, a population of herders and semi-nomadic warriors with ancestral cultural traditions, but who also take part in the major decisions of the country. The Masai Mara has everything you need for an unforgettable safari in Kenya. The country is also open to French travellers over 5 years old who have completed a PCR test less than 96 hours before entering the country. It is also essential to complete an International Travelers Health Surveillance Form. More information on the Magical Kenya website 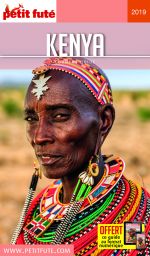 Top 10 most beautiful places to see a sunset

Who hasn't wanted to spend an evening, stop everything and let themselves be carried away by the rhythm of nature? ...