Gradually, several countries around the world are reopening their borders to international tourists. Of course, the authorities always keep a very close eye on the evolution of the coronavirus epidemic and do not hesitate to set up reception conditions, which everyone must scrupulously respect. Here is the latest news on these countries ready to welcome travellers and the measures in force

Since 15 June, travellers have been able to travel to Iceland again, as long as they have scrupulously filled out an online form with contact details, flight information, dates and address of stay in the country, as well as a health declaration and list of countries visited before entering the territory. They can also be tested immediately upon arrival, rather than having a 14-day quarantine imposed on them.

Relatively unaffected by the epidemic, Tenerife reopened its borders on 21 June and lifted the quarantine imposed on people arriving from abroad. The island is in phase 3 of deconfinement, including the reopening of shops, hotels, beaches and public spaces.

Cyprus, for its part, has eased access to its territory by allowing French, Spanish, Italian and Lebanese citizens to enter the country. For countries at risk, including France, travellers must carry a medical certificate stating that they have tested negative within 72 hours before travel. Otherwise, they will be tested on the spot.

Slovenia reopened its borders to the French on 19 June without restrictions. In order to ensure that travellers can get there safely, Slovenia has created the Green and Safe label, which guarantees high hygiene requirements and recommendations for the health of everyone.

In the rest of the world

Sri Lanka, which has not spotted any Covid-19 clusters during the last 30 days, will reopen its borders from August 1st, but under certain conditions. Travellers will have to carry a medical certificate stating that they have been tested within 72 hours of arrival and will also have to be tested on site. In the event of a positive result, a quarantine period of between 14 and 21 days, depending on symptoms, will be imposed. They will have to go to a designated hospital or hotel. Travellers will only be able to stay in hotels approved by the Ministry and will not be allowed to use public transport

The authorities of French Polynesia have announced that they will reopen the borders on 3 July and will ease the quarantine imposed before completely abolishing it as of 15 July. Americans and Europeans, its main visitors, will therefore be able to travel there again, provided they have taken out international travel insurance for all non-residents and have been tested before departure. Some visitors may be tested during their stay. Polynesia has been receiving more tourists for the past three months, which has enabled it to contain the epidemic, with only 60 cases and no deaths

Little affected by the coronavirus, Tunisia will reopen its borders from 27 June, with travellers being required to have been tested within 72 hours prior to arrival. There will no longer be any quarantine imposed in hotels on the same date, and for groups of travellers from tour operators, they will be taken from the airport to their hotel in buses setting up physical distance. Hotels, for their part, will put in place a whole protocol to ensure physical distancing and respect for barrier gestures

Since the weekend of June 20, the entire archipelago of Tanzania is accessible to international tourists. Hotels, restaurants and bars are open. Travellers must respect the barrier gestures and present a certificate stating that they have tested negative for coronavirus. Failure to do so will result in quarantine. Temperature readings will be taken during the stay

Jamaica has been accessible since 15 June. Tourists, like locals, must check their temperature and monitor symptoms upon arrival. If in doubt, they are placed in quarantine until they have a definite opinion on their state of health

The Galapagos Islands will reopen their borders from 1 July, with additional controls. Islanders have begun to access beaches in protected areas

In the city-state of Dubai, tourists will be able to return from July 7 with a certificate of a negative test within 96 hours of arrival. Without this proof, they will be tested at the airport and quarantined if they test positive. Travellers will have to be covered by international health insurance and download an application on their smartphone to fill in a range of information and a health declaration

The Maldives and its hotels will welcome tourists again from 15 July, without any special conditions. But all people with symptoms on arrival will have to be tested

In Abu Dhabi, all cultural facilities, including the stunning Louvre Abu Dhabi, have been open to visitors since 24 June. Wearing a mask is mandatory and a very strict protocol has been put in place to ensure the safety of the public and staff on site

Please note that for all the destinations listed, all travellers are encouraged to respect barrier gestures during their stay and to abide by the rules in effect. 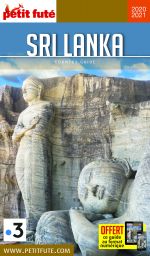 An island country located south of India, Sri Lanka has become a must-see destination in Asia in recent years. Renowned ...

Blessed land of the gods, Sri Lanka, the former Ceylon, is an endless playground. The land of Buddha has sublime ...