Lozere, an exceptional nature and walks in the open air

Lozere, a department rich in a thousand faces, includes the gorges of the Tarn, but also the Cévennes where one end of the world follows the other at the end of sometimes improbable roads. It is also the Aubrac, basaltic and austere, the Margeride with its deep forests, or the Lot valley and the charm of its waterside villages.

In Lozere, change of scenery and rural atmosphere

The rural history of Lozere and the small number of its residents have allowed to preserve the natural treasures of the place. You will find very few spectacular monuments on the spot, but the presence of caves, waterfalls, lakes, chaos, will be enough to move you. Fauna and flora abound in its so different environments, and it is still animals that it highlights in its parks: wolves, bison, vultures, so many amazing encounters.

The beautiful Lozere appears as the department of change of scenery, a few kilometers swallowed will be enough to evoke Canada, Ireland or Italy

The gorges of the Tarn and the boatmen of Malène

The gorges of the Tarn have become the symbol of the tourist activity in Lozere. Located entirely in the department, they constitute a spectacular site, known by tourists since the second half of the 19th century. The gorges were formed during the Alpine and Pyrenean folds, when the layers of limestone deposited during the secondary era were notched by the river over the 100 km of its Lozère course, sometimes to a depth exceeding 500 m. In summer, the quiet river Tarn is crossed by thousands of canoes and kayaks, from where the occupants can admire the high cliffs, the rocky chaos and the small villages clinging to the slopes. Until 1905, the gorges were only accessible by flat-bottomed boats, similar to those used by tourists, and it took the will of E.-A. Martel and Jean Monastier, a Lozerian deputy at the time, to get the current road, overhanging the river, and its fourteen tunnels, opened.

From Ispagnac, the gorges are dotted with typical hamlets and villages: Quézac, Montbrun, Castelbouc, La Malène, Les Vignes, Le Rozier, without forgetting Sainte-Enimie, a small medieval town full of legends. The best way to discover the gorges is by the way to take the river, with the famous boatmen of La Malène, a way to remember that at the beginning of the last century, the road did not exist and that boats were the only means of communication in the valley. The boatmen, using the ancient gestures and traditional boats, offer their passengers a breathtaking view over a distance of 8 km, at a narrow point in the gorges. This also allows them to keep an attentive eye on the fauna, flora and landscape.

The causses and caves, the mysteries of Lozère

In the secondary era, that of the dinosaurs, the sea advanced over the ancient massif and, for 60 million years, limestone and marl were deposited in alternating layers over thousands of metres high. The traces of some of these prehistoric animals can be seen near Florac, in Saint-Laurent-de-Trèves. Carried upwards, broken, folded by the great movements of the Tertiary period, which brought the Alps and the Pyrenees to the surface, these great masses were attacked by erosion. The rivers, with a greater flow rate than today, have dug imposing gorges, sometimes more than 500 m deep, which separate bare and arid plateaux: the causses. The largest is the Causse de Sauveterre, between the Lot and the Tarn. Slightly hilly, it preserves some thin forests. Human activity is concentrated in the rare hamlets or in isolated farms still located near small depressions with a clayey bottom, the only places allowing an agricultural activity. Between Tarn and Jonte lies the Méjean causse. It is an immense Jurassic limestone plateau, a vast vessel cut off from the rest of the department by cliffs more than 120 km long. Its only link with the " terre farm" is the isthmus, less than a kilometre wide, which connects it to the Aigoual massif at the Péjuret pass. Finally, at the very south, Lozere has only a small part of the Causse Noir, which it shares with the Gard. But the real wealth of the Causses is not visible on the surface. To discover it, you have to go inside. We offer you two comfortable and safe visits. Since June 2011, in association with the neighbouring natural region, the Cévennes, and all the other Causses of the Hérault and Aveyron (in particular the Larzac), the region has been classified as a World Heritage Site by UNESCO, a fair recognition, allowing a better understanding of its remarkable landscapes, but also of the lives of the men who have shaped it, thanks to agro-pastoralism.

The protected animals of Lozere

A land of wide open spaces where nature has kept all its rights, sparsely populated, Lozere has become a land of refuge for endangered species. The Cévennes National Park has played a major role in reintroducing vultures. To ensure that as many people as possible enjoy the beauty of these animals, to help them discover their way of life, but also to raise awareness of the dangers that threaten them, real tourist sites have been created from these protected areas. And now, when you go on holiday in Lozère, you can learn all about the wolves of Gévaudan, the vultures and the bisons of Europe.

The Villaret valley, a fun and sporty walk

The Villaret valley, in Bagnols-les-Bains, is like a vast playground, playful and educational, natural and cultural. Since its inauguration in 1993, children - of all ages! - have been flocking to this leisure park which really looks like no other. Located on an agricultural wasteland, where the Tour du Villaret, a historical monument, is enthroned, the structure has chosen contemporary creation to show its visitors the best of it. On a two-kilometre long loop trail, lined with a hundred or so surprises, you can walk through the undergrowth on foot, crossing footbridges, nets and slides, with your senses on the alert. Numerous sound and tactile installations appeal to the imagination of young and old children alike. Contemporary art exhibitions, organised in the Vallon and in the tower in particular, prolong the discovery and wonder. The visit, which lasts from 2 to 5 hours, depending on your stamina and ability to butterfly, is an extraordinary experience! On site, picnic areas and an inn, which serves copious plates whose flavours change with the seasons (priority is given to local producers for supplies), allow you to eat and spend the whole day in the great outdoors.

It is not surprising then that with such a variety of terroirs, gastronomy is also of a beautiful diversity, generous in cold meats, cheeses and dishes that hold well to the body. Products with strong personalities that perfectly represent their origin.

All the ingredients you need to enjoy yourself in a region where festivals and events are frequently held. This haven of peace is a green oasis of calm and simple pleasures. It is also the perfect place to make beautiful encounters and disconnect completely

But it is also a place for active and sporty people thanks to its kilometres of hiking and cycling paths. You can work out in the middle of nature, flex your muscles in the midst of sensational panoramas and don't hesitate to take advantage of everything the department has to offer: windsurfing, skiing, mountain biking, gliding..

When? Every season has its advantages. Snow in winter, beautiful colours in autumn or the temperatures and sunshine of spring and summer are all options for a stay in Lozere

Useful. To best prepare his escape 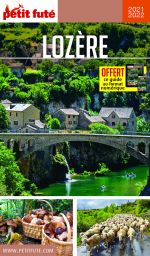 Marvéjols / Mende, a legendary race essential to his runner's record!

For years now, runners in my family and among my friends have been telling me about the famous Marvéjol /Mende race in ...