10 destinations to discover France with children

Travel is the most beautiful gift you can give a child. To develop your open mind and arouse your curiosity, it is not necessary to cross the oceans: France proves to be an ideal playground! With its unmissable historical sites and numerous interactive museums, it has everything to seduce our dear blond heads. Petit Futé offers you its selection of the 10 most kid-friendly destinations in France!

N° 10 - Haute-Savoie, to the delight of children

For a breath of fresh air, head for Haute-Savoie! The department is home to the purest lake in Europe: Lake Annecy. You can relax on its beaches while your children splash around in turquoise Caribbean-style water. In August, take them to Grand Bornand for one of the most important festivals for young audiences: "Au bonheur des mômes". Guaranteed success!

N° 9 - Brittany on the side of nature

Bathed by the Atlantic Ocean, Brittany is one of the main French seaside destinations. For a discovery of the seabed, it is at the Saint-Malo aquarium that you must go. There are more than 10,000 fish from cold or tropical seas. The children will appreciate in particular the tactile pool, the 360° aquarium populated by sharks and especially the vessel engulfed in more than 100 000 litres of water!

N° 8 - The life of castles in the Loire Valley

Of inestimable historical value, the many castles that are located between Angers and Orléans form a perfect circuit to discover the French heritage. Chambord or Azay-le-Rideau impress with their history. But to please children, take them to Cheverny Castle or rather Moulinsart! Hergé was inspired by it for Captain Haddock's famous building in the adventures of Tintin

N° 7 - A wealth of adventures in Charente-Maritime

In Charente-Maritime, we get as close as possible to a mythical stone ship: the Fort Boyard! It has become a cult for the show that has been broadcast there since 1989, and stands in the middle of the Antioch pertuis, a strait separating the Ile de Ré from the Ile d'Oléron. Unfortunately, the Fort is not open to visitors, but many cruises offer a tour. Young and old alike will be amazed by this imposing media monument!

No. 6 - Auvergne and its volcanoes

The Volcans d'Auvergne Regional Nature Park is a fascinating geological territory of more than 400,000 hectares. Puy de Dôme, a UNESCO World Heritage Site, is the most emblematic peak of the site. Worshipped since ancient times, it offers an unparalleled view of the park's extinct volcanoes and splendid crater lakes. You can reach the top of the Puy de Dôme after a long walk or thanks to the ecological rack railway

No. 5 - The capital and its monuments

Let's face it, the French capital is one of the most beautiful cities in the world! In Paris, your children will love to take the funicular up to Sacré-Cœur or race up the stairs of the Eiffel Tower to the second floor! Also offer them a visit to the Louvre Museum, where they can discover its many treasures, such as the famous Mona Lisa by Da Vinci. Paris is undoubtedly the ideal destination for a cultural weekend!

From Biscarosse Plage, it is possible to take a cycle path that leads to the famous Dune du Pilat. The children will easily complete this route, motivated by the desire to descend the highest sand dune in Europe. Once there, one last effort to climb it - this time without a bike! - and they will be rewarded with an incomparable panoramic view of the Arcachon Basin and the Landes forest.

A symbol of Normandy, Mont-Saint-Michel is one of France's leading tourist sites. If its abbey impresses with its history and architectural richness, it is often its bay that delights children. This 500 km² area forms a natural border between Brittany and Normandy. Many excursions allow you to walk - or rather, to bury yourself! - in its sand at low tide

Located on the north-west coast of the island, Balagne is one of the most suggestive landscapes in Corsica. Between beach and mountain, it is the ideal region to escape and discover the wonders of the Isle of Beauty. Here, the donkey is the emblematic animal. To visit perched villages or cross hiking trails, nothing beats adopting it for a few hours. The children will be delighted to ride it!

In 1940, 4 teenagers made one of the most important archaeological discoveries of the 20th century on a hill overlooking the village of Montignac: the Lascaux cave. If, since 1965, one can no longer visit this marvel, the International Centre of Parietal Art is in charge of presenting to the public an almost identical copy of the cave. The drawings were reproduced using the same pigments as prehistoric man. It's amazing! 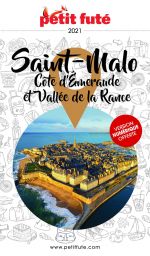 Which is the most beautiful beach in France? Everyone can have their own opinion on this question, especially since ...

These 20 different landscapes are indeed in France!

If for your holidays you dream of a change of scenery, exotic architecture and colours: browse through our selection and ...

Venice and Paris are usually at the top of all the most popular Valentine's Day destinations. It is true that these two ...