Schwangau is a farming village 4 km from Füssen, but not just any farming village. It is the "village of royal castles", the community that is home to two royal castles: Neuschwanstein, the most famous castle of Ludwig II of Bavaria (1845-1886), and Hohenschwangau Castle, built by his father Maximilian II of Bavaria (1811-1864), where the fairy-tale king spent much of his childhood. Each year, its two architectural and artistic wonders attract more than 1.5 million visitors from all over the world. The styles of the two castles are completely different: Hohenschwangau, a castle in neo-Gothic style, has a warmly coloured facade and looks more like a feudal building. Opposite him is Neuschwanstein (literally: New Swan Rock), made by Ludwig II in commemoration of Richard Wagner of whom he was the patron. Legend has it that Walt Disney was inspired by Neuschwanstein for the castle of Sleeping Beauty. It's best to arrive very early in the morning because these two castles attract tons of tourists, coaches from all over the world. Despite the fact that castles are the main attractions of Schwangau and its surroundings, there is another star not to be forgotten: the picturesque landscape that is looking for its equal. At least one hike, on the shores of Lake Forggensee or elsewhere, on foot or by bike, is compulsory! A more than pleasant stage.

To see / do Schwangau

Prepare for your trip Schwangau 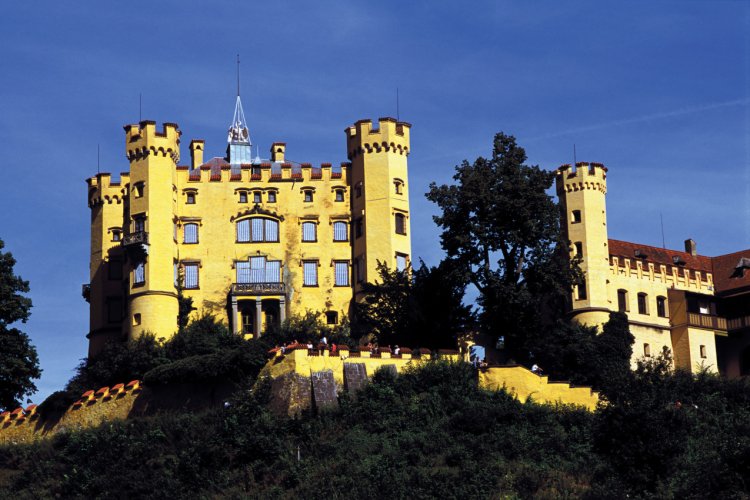 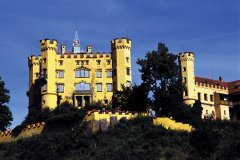 Over the centuries, noble and great monarchs have built splendid and often exaggerated homes, to the image of their power… Worthy of the best fairy tales, these residences are now dreaming small and large by their delirious architecture, sumptuous ornaments and their history. To get your eyes right, Petit Smart offers you its selection of the world's finest castles and palaces. What is the people asking for?N°10 - Bran Castle and the Soul ...