Top 12 most beautiful national parks to visit in the US

While a trip to the United States often takes travelers to one of its iconic megacities, it should not be forgotten that the country is also home to breathtakingly beautiful natural areas. There are no fewer than 59 national parks, natural environments protected from human activity and offering great hiking terrain. The United States recently announced the reopening of its borders to vaccinated visitors at the beginning of November. So now is the time to plan a trip to Uncle Sam's country and don't forget your good shoes and camera. Here are 12 of the most beautiful national parks in the USA.

Monument Valley is an immense desert space from which emerges large red sandstone mounds born from a long movement of the soil and erosion. These landscapes are the symbol of theAmerican West, those that have been seen 100 times in the greatest westerns. This territory is also the territory of the Navajo Indians, who are still present today and who live from agriculture, cattle breeding and the sale of handicrafts. One of the ways to discover Monument Valley is to take the Valley Drive by car. This 27 km route crosses the park and reveals to the visitors the emblematic sites: West Mitten Butte, East Mitten Butte, Merrick Butte, Totem Pole or the Three Sisters.

A national park that extends east and west of the city of Tucson, Saguaro is home to another emblem of the American West: the immense Saguaro cactus. This endemic species can reach 13 m in height and live up to 250 years. It gives this immense desert area of terra cotta-colored mountains and coniferous forests a certain charm and attracts visitors in large numbers. The Saguaro National Park also reveals many other species of cactus, and a trip in the spring allows you to witness their flowering. There are also a variety of trees, shrubs, flowers, mammals, birds and reptiles. There are many trails in the park, but a trip to the Rincon Mountain Saguaro Wilderness Area is an opportunity to take a route to the top of the territory, with a breathtaking view

In South Dakota, Mother Nature has done a remarkable job for a long time. After the accumulation of materials such as silt, clay and sand, rivers and other watercourses have participated in the erosion process that has led to the formation of rocky strata with sparkling colors: white, pink, yellow, gray ... The shapes are so astonishing that you would almost think you were on another planet. The park is home to animal species such as bison, black-footed ferrets, sheep and prairie dogs. For breathtaking 360-degree views, be sure to take the Window Trail and Door Trail, which are accessible to all types of hikers.

Mesa Verde is a national park with impressive cliffs and lush vegetation. But what makes it special is that it is home to more than 4,700 archaeological sites that bear witness to the passage of the Pueblos, an ancestral people of North America who were composed of various tribes. The Pueblos built cave dwellings under the cliffs of Mesa Verde, some of which are still very well preserved today. There are a multitude of trails to take in the park, suitable for beginners and experienced hikers alike. The walks vary from steep, green natural areas to exceptional archaeological sites

Yellowstone National Park is the oldest national park in the world. Created in 1872, it is famous for its hot springs and geysers. There are also torrential waterfalls, vast meadows, dizzying canyons and translucent lakes. A summary of the most beautiful things nature has to offer, for a colourful gradation that leaves a lasting impression. Yellowstone is home to many endemic plant species, and conifers are particularly common. Many animals thrive here on a daily basis. These include gray wolves, grizzly bears, lynx, mountain lions, black bears on the ground and peregrine falcons and harlequin ducks in the air

Calm and serenity, here are two words that fit very well with the atmosphere found in Zion National Park. The hiking takes place in beautiful landscapes that have been shaped by the Virgin River and its tributaries. Zion Canyon is the most visited part of the park, and for good reason! The beauty of the Narrows carved by the river, the cliffs of The Sentinel and the natural pools and waterfalls of Emerald Pools are all breathtaking The fauna and flora are also incredibly rich. For those who are not afraid of heights, the park offers the possibility to do one of the most spectacular hikes in the world: Angels Landing Trail. The legs tremble, but the view is extraordinary.

This is one of the largest national parks in the United States, and also one of the most famous in the world. It is here that incredible rock formations were carved by the Colorado River, offering today unique and breathtaking landscapes. The place often surprises by its gigantism: the canyon extends indeed on 446 km length and 29 km broad, when certain cliffs have a depth of 1,6 km! Ochre is the dominant colour, but the shades change according to the position of the sun. Sunrise and sunset are the times of day when the national park is most exceptional

Two tourists discovered this jewel of the state of California in 1855. The Yosemite National Park reveals steep valleys, granite peaks, forests of immense redwoods and torrential waterfalls. All these elements are a delight for hikers and nature lovers in all its diversity. Culminating at 1,095 m above Yosemite Valley, El Capitan is none other than the largest granite boulder in the world. It attracts many climbers. A hike to the top of Half Dome rewards brave hikers with a resplendent panorama. And for those who enjoy water activities, a rafting session on the Mercedes River is a must

Back in an environment where the ochre color dominates with this park sheltering more than 2 000 natural arches! Shaped by thousands of years of erosion, the most famous is Delicate Arch, a must-see at the end of the day when the sun is setting. Devil's Garden is the section of the park not to be missed for viewing arch after arch, including the fragile Lansdscape Arch, 30m high and 90m wide. Another alternative is to do the Fiery Furnace hike, which takes walkers between canyons, peaks and cliffs. The experience is complete and the views always sublime

This national park is a perfect symbol of the American Great North. First of all, it offers a magnificent view of 12 snow-covered peaks, for a mountain range that shelters rocks dating back more than two billion years! For mountaineers, it is a small paradise, and many sportsmen try to climb Mount Grand Teton. But the great advantage of Grand Teton National Park is that it is endowed with a disparate nature, where you can also quietly stroll on trails in the valley or through the coniferous forests. Note that in winter, the park is covered with snow. This makes the area ideal for activities such as cross-country skiing and snowshoeing.

Located in the southeastern part of California, Joshua Tree National Park is a little gem. It is composed of two distinct ecosystems. On one side, the Colorado Desert, an arid space that shelters cacti and dry bushes. The other side is in the Mojave Desert, and it is here that you can admire the amazing Yucca species called Joshua Tree. The star of the park is surrounded by rugged mountains. This national park also offers a variety of experiences, including the stunning views of Mount San Jacinto and Mount Gorgonio from the drive to Key Views. The Saltan Sea, a saltwater lake, can be seen in the distance. You should also enjoy the landscape of 49 Palm Oasis, where large palm trees stand next to a crystal clear spring. Note that the park is a delight for climbing enthusiasts

Located on the southern tip of Florida, the Everglades National Park borders the ocean and is made up of hundreds of mangroves and estuaries. You can walk through a huge subtropical swamp that is home to species such as flamingos, snakes, herons, otters and raccoons. Endangered species such as the alligator, the Florida panther and the manatee are also found here. There are many ways to enjoy one of the most diverse ecosystems in the United States. You can hike or mountain bike on trails through lush, wet areas. But it's also a good idea to hop in a kayak and glide through the waters of the Wilderness Waterway. The Everglades by water is a pure moment of disconnection 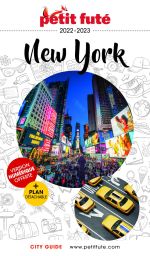