Situation. Known abroad as Prizren, the city is called Prizreni in Albanian and Призрен/Prizren in Serbian. It has a population of 85,000, 82 per cent of whom are Albanians, 9 per cent Bosnians and 5 per cent Turks. It is the capital of the municipality (187,000 inhabitants) and district (331,000 inhabitants, 84% Albanians, 6% Bosnians and 4% Turks) of Prizren. The town is located 37 km southeast of Gjakova/Đakovica, 37 km northwest of Shtërpca/Štrpce (Šar Mountains National Park), 39 km northeast of Kukës (Albania), 73 km southeast of Peja/Peć (via Gjakova/Đakovica), 81 km southwest of Pristina.

Description. Prizren, the former historical capital of Kosovo and the second most populous city in the country after Pristina, enjoys a rather flattering setting with the Šar Mountains as a backdrop and the Prizrenska Bistrica meandering nicely into the centre. The city, once powerful and multi-ethnic, has retained from its past a certain dynamism and a rich heritage. Murdered in the 1998-1999 war, it saw many of its monuments destroyed until 2004 and lost its Serb minority (7% of the population in 1991). But it remains a mosaic still very Balkan, where Muslims and Catholics, Albanians, Bosnians, Turks and Roma live side by side. Ancient small Roman city populated by Illyrians and Aromanians, its current name comes from the old Slavonic при-зрѣти (pri-zreti) meaning "seen from afar" in reference to the fortress of the emperor Stefan Dušan which dominates the city and which was the capital of the vast Serbian Empire between 1346 and 1355. Passed under Ottoman control, it prospered as a religious, administrative and commercial centre, attracting Catholic merchants from Croatia. Although it was a centre of the Albanian autonomist movement opposed to the Ottomans from 1878 onwards, it is one of the few towns in Kosovo to have retained part of its Turkish population, including during the period of socialist Yugoslavia. The city, very lively, lives today mainly on subsidies from its diaspora. It is trying to establish itself against Peja/Peć as the "tourism capital" of Kosovo. In the end, Prizren is very pleasant, but two days will be enough for you to visit its places of interest.

To see / do Prizren

Prepare for your trip Prizren 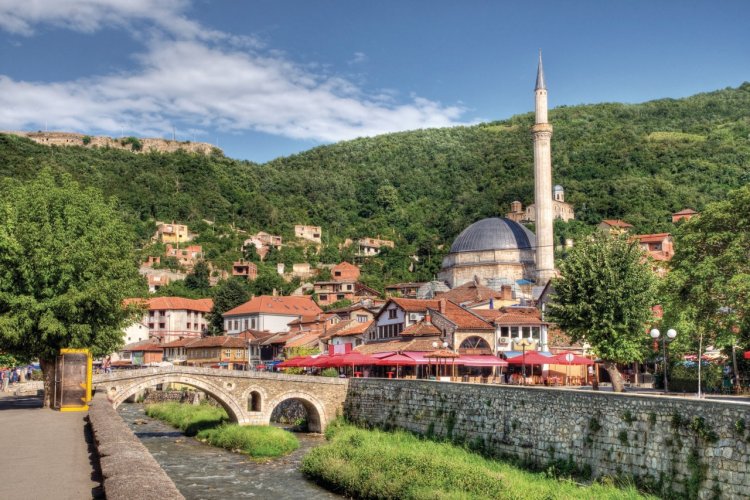 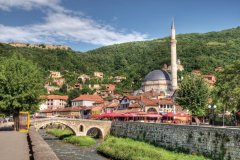