Situated on the Danube, in the peaceful plains of Vojvodina, Novi Sad has all the assets of a baroque regional capital. Its location and configuration, its cultural wealth, its monuments and festivals, and, above all, an atmosphere of serenity and Balkan euphoria are the assets of a future great tourist destination. The "New Furrow" has indeed been able to develop a strong character outside of any connection with the nearby Serbian capital and at the same time make its way by accumulating varied tourist opportunities. Finally, the region has some must-see places: the nature reserve and Orthodox monasteries of Fruška Gora, castles and princely residences of the Dundjerski dynasty, the heady wines of Hungarian farms (salaši), where it is good to sit down to the sound of tambourines...

A remarkable site on the Danube. The history of Novi Sad is intimately linked to the Danube. On the left bank a commercial and riverside centre of prime importance has developed. As early as the 18th century, the town was an important stopover on the Danube between Central Europe and the Balkans, where mining products were unloaded to transport the region's cereals. Novi Sad thus becomes the economic capital of the immense cereal plain of Vojvodina. An important industrial activity was added in the 20th century. As a result, Novi Sad is now the second largest city in the country, with 300,000 inhabitants.

The city of Serbian intelligence. Novi Sad is also the cradle of Serbian culture, which developed there under Austro-Hungarian protection and thanks to personalities of character. The "Serbian Matrix", bringing together all the greatest Serbian literary figures and thinkers, was created in 1826, followed by the first Serbian high school and the first Serbian library. In the 19th century, the city was home to the entire Serbian intelligentsia, who found refuge there after fleeing the Ottoman yoke and often after studying at the great universities of Vienna, Budapest or Krakow. The strong personality of this city can be felt by visiting the very central area of the cathedral, the library and the Serbian Matrix.

A multi-ethnic city. The capital of Vojvodina is populated by many nationalities: Serbs, Hungarians, Montenegrins, Slovaks, Ruthenes, Croats and Gypsies. The Montenegrins settled there mainly in 1946 because, having fled the violence of the war in Montenegro, they were banned from returning by a decree of Tito. Closer to home, it should be noted that the Croats continued to settle in this peaceful town, despite the war context and the proximity of the fighting in Vukovar.

This multi-ethnic character is really to be underlined, because it explains that Novi Sad has never suffered from bellicose speeches, nor followed the path of war. One testimony to this multiculturalism, an important symbol if there is one, is the respect with which minority languages are treated here. If you go to the side of the City Council Chamber, you will read, to the left of the monumental entrance door, the name of the city and the Council in four languages and two alphabets (Serbian, Hungarian, Slovak and Ruthenian), which are the official languages. A blessed legacy of titism, this equality between languages is visible in the media: even today, the television news is still broadcast in four parts that respect minority languages. In villages where a minority represents 50% or more of the population, the minority language gains majority status in school. This multi-ethnic identity has been brought to the forefront by political projects in recent years. At stake is the historical autonomy of the province, which the 2006 Constitution did not fully restore, allocating only 7% of the national budget to the region. 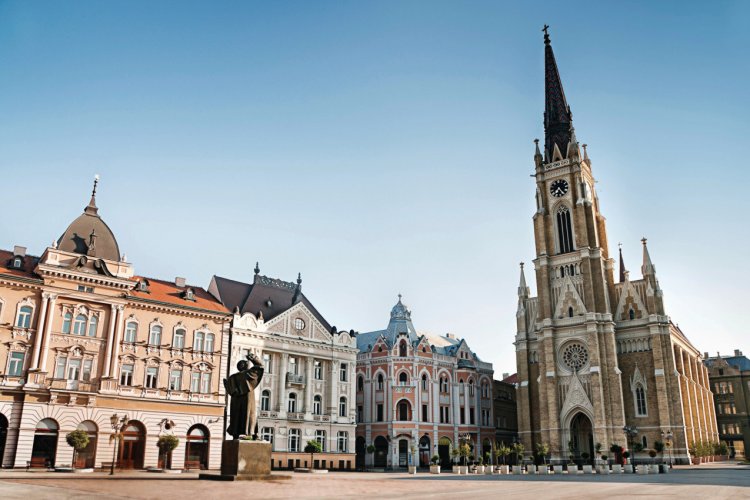 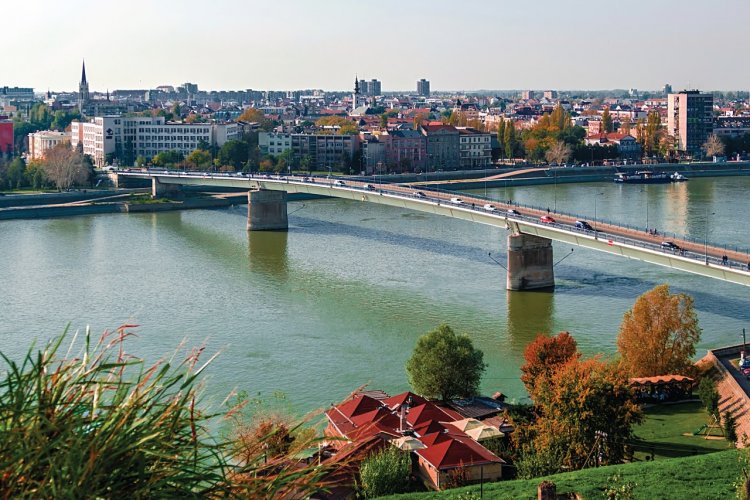 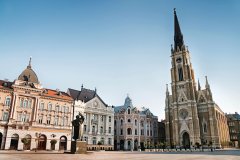 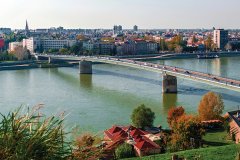