Since the beginning, its vastness and its varied landscapes have made Asia one of the most popular continents for travellers. It is difficult, if not impossible, to fully discover its vast territory. When visiting its major capitals, you oscillate between tradition and modernity, as soon as you get out of the plane! From the effervescence of Tokyo to the modernity of Singapore via Bangkok and its charming chaos, here are 10 capitals to discover in Asia

No. 10 - Vientiane, the little-known capital of Laos

What impresses in Vientiane is its calm. The capital of Laos looks like a quiet little village where you can admire the sunset over the Mekong River with the many fishermen. Among the most sacred monuments in the country, Pha That Luang is a Buddhist building covered with gold in which one could admire a hair of Buddha. It can also be found on all bank notes!

No. 9 - Singapore, a city-state at the forefront of modernism

Singapore shines with its incredible futurism. Here, we see everything big. The Gardens by the bay gardens and its Super trees are the symbols of the island. These 25 to 50 m trees are all the more impressive when the sound and light show starts. The city-state also delights epicureans since its great cultural diversity makes it one of the best places to taste the best of Asian cuisine!

No. 8 - Hanoi, the Vietnamese capital as it flows

1,000 years old, Hanoi seduces by its authenticity. Literally named "city between the rivers", it was founded on the right bank of the Red River. Lulled by the waters, its many lakes offer an unparalleled setting. Lake Hoan Kiem, in the vibrant historic centre, reflects the entire soul of the capital. It is a peaceful stopover after having visited the city to discover its many treasures

A sprawling and cosmopolitan city, Kuala Lumpur gives pride of place to Malaysia's three main communities: Indian, Malaysian and Chinese. The diversity of religious buildings and culinary specialities is a perfect example. Kuala Lumpur is also a modern capital, crossed by an aerial metro and dominated by the Petronas towers, which are among the highest in the world

No. 6 - Phnom-Penh, the dynamic capital of Cambodia

Phnom Penh, which became capital in 1866, is located at the confluence of the Mekong River and Lake Tonle Sap. On the latter's quays, the locals stroll around after enjoying the gigantic open-air market where the colours and smells of Asia warm the atmosphere. The National Museum, housed in a very charming palace, is also worth a visit. It houses one of the largest collections of Khmer sculptures in the world

Frenetic, dizzy and dusty, New Delhi is a capital that is not for all travellers. It is necessary to take the time to discover it in order to become attached to its contrasts. More than 18 million people live here, between winding alleys and airy avenues, spacious gardens and busy markets. New Delhi is like India: colourful, exotic and so endearing!

N° 4 - Kathmandu and the charm of Nepal

Home port to discover the Himalayas, Kathmandu does not leave travellers indifferent. Its narrow streets lined with low houses give it an inestimable cachet. The stupa of Bodnath, 6 km to the east, dominates the horizon. Built in the 14th century, it is one of the largest temples in the world and above all one of the most sacred for Tibetan Buddhists. To restore calm, the monastery of Kopan, located a few meters away, is ideal for meditation

No. 3 - Beijing, the colourful capital of China

What would Beijing be without its Forbidden City? This 15th century palace, built under the Ming dynasty, is one of the few imperial buildings still standing in China and is also one of the largest museums in the world! Beijing is constantly hesitating between a traditional way of life and a developed modernity, in these colossal buildings that invade the main streets in particular. The change of scenery is guaranteed!

No. 2 - Bangkok, the pulsating heart of Thailand

Bangkok is a must visit during an escapade in Thailand. Its perpetual chaos and frenetic lifestyle can make you skeptical at first glance, yet the Thai capital is full of treasures. Wat Pho, one of the largest Buddhist temples in the city, houses a gigantic statue of a reclining Buddha. 45 m long, we follow it following a long corridor.... Impressive!

In Tokyo, everything is constantly changing and everyday life is lived under the sign of modernity: robots serve you sushi for lunch, the Tokyo Skytree, the second highest tower in the world, breaks through the sky... But the Japanese capital is also a city attached to its history and traditions. The Senso-ji temple, located in the Asakusa district, dates back to 645: it is the oldest in the city. A real tranquility emerges, far from the urban jungle of the surroundings.... 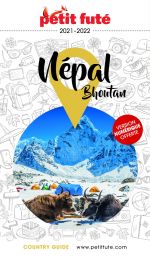 Inherited from the libertarians of the 1960s, hippie culture may well have the wind back in its sails! Indeed, what ...

Rent a meeting room in Paris quickly and easily

The environment in which we find ourselves largely conditions our exchanges. To boost the sharing of ideas, an ...