The only two active volcanoes in the Hawaiian archipelago, Kilauea and Mauna Loa, are located in Hawaii's 133,200-hectare Volcanoes National Park. From these two volcanoes was born the island of Hawai'i 400,000 years ago. Mauna Loa has not erupted since 1984, but it remains active according to volcanologists because it can wake up at any time. Kilauea, which is younger and permanently erupting today, is in a very different situation; experts even consider it to be one of the most active volcanoes in the world.

Over time, the lava flowed from two different places in Kilauea... It was first the summit of Kilauea which erupted continuously from the 19th century to 1982. For the next 26 years, the summit remained relatively quiet, but in 2008, the Halemaumau Crater (located at the summit) was the scene of two successive eruptions (in March and April), even though it had been quiet since 1924. This crater does not spew lava but has a lava lake, which is particularly visible since the beginning of 2017, when the volcano has been more active, and which emits gases that form a red-orange smoke that can be better seen at nightfall.

The eastern flank of Kilauea awoke on January 3, 1983, spewing molten lava through the cone of the PuuOo. Since then, the eruption has been constant. Slow, thick lava flows at over 1,000°C flow down the southeast coast of the park and regularly discharge into the ocean, constantly changing the local geography. Since 1983, as much as 201 hectares of new land has formed on the island of Hawai'i as a result of the lava hardening on contact with the ocean. Even if the eruptions of Kilauea are not dangerous in themselves for humans (they are not explosive in nature and the evacuation of the population can take place in peace), the lava flows they cause destroy everything in their path... On the eastern part of Kilauea, they destroyed several hamlets and covered 15 km of road and 120 km² of land!

However in 2011, the lava flow towards the ocean suddenly stopped and it finally resumed 11 months later in 2012 to the delight of tourists! From 2017 onwards, the activity of the volcano increased and the flow of lava into the ocean was then particularly important and dense. This magnificent natural spectacle has been broadcast by cameras all over the world!

In May 2018, a series of earthquakes opened new cracks in the flanks of Kilauea resulting in eruptions, destruction of homes and numerous evacuations. Finally, after an almost continuous eruption since 1983, the volcanic activity finally diminished and the eruption ceased at the end of 2018. Since October 2018, the sky is much clearer on Big Island and it is to the great delight of its inhabitants who finally have a purer and bluer sky than ever, a much more breathable air and especially a certain calm regained because even if the eruptions of Kilauea were not explosive, they destroyed everything in their path ...

However, Kilauea remains an active volcano and could erupt again at any time and it is impossible to predict when... For tourists, it is obvious that the spectacle is less grandiose around the volcano but it is still possible to distinguish a little lava in the distance and visiting the park remains very interesting because of this exceptional natural and geological site. Finally, it is unfortunate that the excellent Thomas A. Jagger Museum has been heavily damaged by successive eruptions . It was a very complete and instructive museum of the volcano park that we have been referring to in this guide since the beginning; the authorities are talking about building a brand new one elsewhere in a few years . 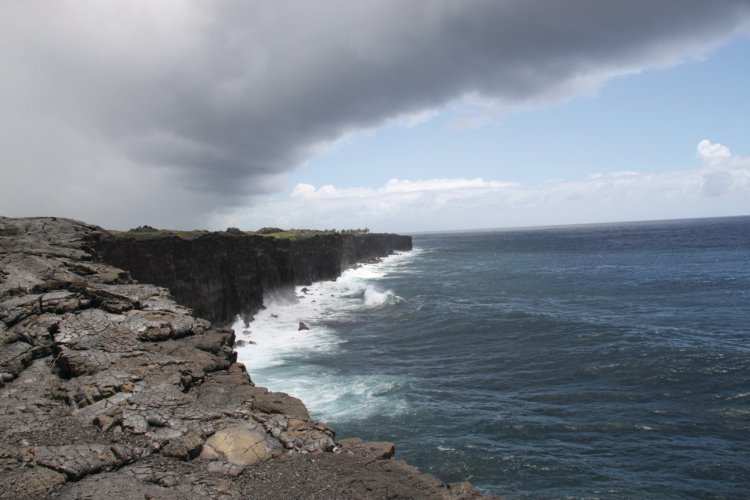 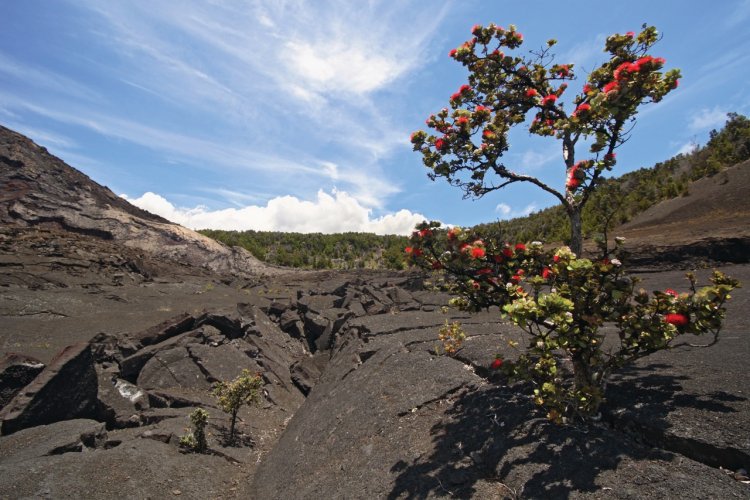 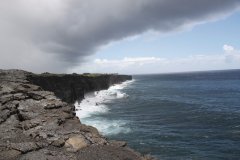 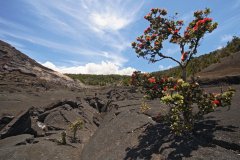