In Christianity, Easter is the most important holiday. For believers, it commemorates the death and resurrection of Jesus Christ. Easter has given rise to a multitude of traditions that vary from place to place. In France, for example, children go to the garden to collect eggs and chocolate bunnies, and many families attend mass or enjoy a meal together. In many countries, the faithful also gather in large numbers to participate in what are called Easter processions. These processions have various functions, which may be penitential or festive. Thus, the faithful are not the only ones to participate, and many curious people join them for the event. In some countries, the processions are so beautiful and impressive that they can be an integral part of a trip. The Little Wise Guy wanted to highlight 10 great Easter processions from around the world.

Semana Santa is a very important time in Mexico. In fact, many people take the opportunity to take a holiday and go to the beach resorts. The festivals and processions are numerous in the country, and during a visit in April, it is a moment not to be missed! The via crucis, in French chemins de croix, take place on Good Friday and are very impressive, like the one that takes place in Iztapalapa, east of the Mexican capital. A bearded man carries a cross and is whipped by soldiers, while women look on in tears. This procession lasts a whole day and millions of people gather to follow it

If there is one ideal time to visit the Holy Land, it is during Easter. For Christians, Jerusalem is undoubtedly the best place in the world to celebrate the death and resurrection of Jesus Christ. Many of them come to the city to participate in the processions. One of the two most popular processions is the Palm Sunday procession, which starts at Bethfage Church. A passage takes place in the old town. On Good Friday, the Via Dolorosa procession is also exceptional. It leaves the site where Jesus was crucified, and thousands of pilgrims take part in the walk of the cross behind the Franciscan monks. They stop at each station of the Way of the Cross until they reach the Church of the Holy Sepulchre.

In a country where a very large majority of the population is religious, the Easter celebrations have a great importance. The celebration of the Passion of Jesus starts a week before Easter Monday. On Wednesday, the people set up the fourteen stations of the Way of the Cross. On Holy Thursday, the processions start with carts decorated with flowers and statues representing the people who participated in the Passion of Christ. This procession is theatrical, musical and luminous, with thousands of faithful lighting candles at dusk. On Good Friday, at the end of the afternoon, another procession brings together the faithful and the curious. This is the Santo Entierro procession, in which a recumbent statue of Christ travels around the city on a cart. In some places, the public performs real funeral rites for him

Easter processions can be found all over Italy, but let's focus on those that take place on the largest island in the Mediterranean Sea: Sicily. In Palermo, a city renowned for its beautiful architectural heritage and crystal-clear beaches, there are about 20 Easter processions in all. One of the best known is the procession from the church of San Nicolo da Tolentino, which takes place in the heart of Ballaro, a historic district of the Sicilian capital. The procession follows a reclining Christ protected by a glass coffin. The procession takes place with fanfare and many extras

Andalusia is an exceptional place to witness some of the most festive processions in the world. For one week, from Palm Sunday to Easter Sunday, an entire country is in fact celebrating. In Seville, the members of the 60 brotherhoods wear traditional costumes and then set out on their own procession route after passing through the landmarks of the Carrera oficial and Seville Cathedral. The brotherhoods mingle with the population and carry in procession delicately carved wooden biblical figures. The locals and visitors sing and dance, including flamenco songs. The most famous brotherhoods parade on the night of Holy Thursday to Friday, during the Madrugá

Braga, a city located in the northwest of Portugal, was founded in 16 BC by the Romans, under the reign of Emperor Caesar Augustus. The city attaches great importance to the celebration of Easter. On the one hand, there are various family traditions such as the blessing by the local parish priest or leaving the houses open and decorating them with colourful spring flowers. But for the locals, Holy Week is also an opportunity to participate in many colourful processions. One of them, with a very special atmosphere, is preceded by men wearing black penitent's clothes and walking barefoot. They hold up torches and rocks that light up the night

A Corsican tradition dating back to the 13th century and established by the Tuscan Franciscans, the Catenacciu procession in Sartene takes place on Good Friday. It is a strong time of the Easter weekend which gathers many faithful, but also curious people. During this Easter procession, the "Catenacciu", of which only the parish priest knows the identity of the man under the hood, makes a way of the cross through the village, symbolizing the ascent of Christ to Calvary. Dressed in a scarlet alb and a red hood, he must, in the image of Christ, fall three times on his way, before being symbolically crucified. It should be noted that he wears chains weighing 15 kg attached to his ankles as well as a wooden cross weighing 25 kg!

Semana Santa is one of the highlights of the Christian liturgical calendar, and is also celebrated in Latin America, where it was imported in the 16th century by the conquistadores. The most impressive Easter procession in the country takes place in Quito. On Good Friday, several thousand people attend the procession called Jesús del Gran Poder. Based on the concept of penitence, the crucified Christ of the church of San Francisco is paraded with a procession composed of protagonists dressed in purple robes from head to foot and walking barefoot. These are the cucuruchos, some of whom are chained and carry heavy wooden crosses. Sensitive souls should refrain, as some of the faithful wear crowns of thorns and wrap themselves in barbed wire, as the path must be painful and arduous.

On Easter Sunday in the Tuscan capital, a procession takes place with representatives of the different districts of the city and the Calcio Storico teams wearing Renaissance dress. They follow a float pulled by white oxen covered with flowers and filled with fireworks. After reaching the cathedral square, the float is set on fire after mass by a pyromaniac dove, which is actually a dove-shaped rocket. Many people attend the Scoppio del Carro, especially because when the explosion is perfect, it means that the city will have a good year

Peru is a very religious country, so the inhabitants pay great attention to the celebration of Easter. It is said that the city ofAyacucho, capital of the province of Huamanga, is the second city in the world to give such great importance to Easter celebrations after Seville in Spain. During Holy Week, there are processions every day. The most famous are the processions of the Virgin Mary and Jesus on Friday "of Sorrows" and the procession of Christ, which is held on Sunday. The processions are colourful, with many traditional Peruvian costumes, and the festivities are inevitable

1 /
To be read next:
Weekends in May, where to go in France?
Discovery of 5 sites of the National Museum of Natural History in the region
8 unusual accommodations in Arizona
The most beautiful landscapes of the Mediterranean
8 haunted houses to discover for Halloween
10 good reasons to visit Massachusetts
The most beautiful medieval cities in France
Best of Paris: 8 essential to do at least once
8 destinations to discover Eastern Europe 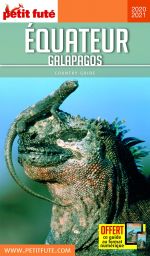 The 10 must-see attractions of Quito, capital of Ecuador

At an altitude of 2,800 metres is Quito, the surprising capital of Ecuador. It is a lively city that attracts many ...

Nice, the pearl of the Riviera, becomes a Unesco World Heritage Site

The English, Russian and American aristocrats who once set their sights on this coast were not mistaken: here, as ...

Leaving Naples to venture along the Amalfi coast means leaving the hustle and bustle of the city, the buzz of its busy ...