Located in the state of Massachusetts, Boston is a coastal city where it is very pleasant to stroll during a getaway in the eastern part of the United States. With a population of just over 600,000, it is considered a medium-sized city on an American scale, but that doesn't mean that it doesn't have countless places to visit. Various tours are offered to discover its heritage and history. It is also a stop not to be missed during a cultural trip since it is home to a large number of museums where it is good to stroll for hours. Here are the must-sees of Boston, a city that you may not hear as much about as New York, Los Angeles or Miami, but which is definitely worth the detour. 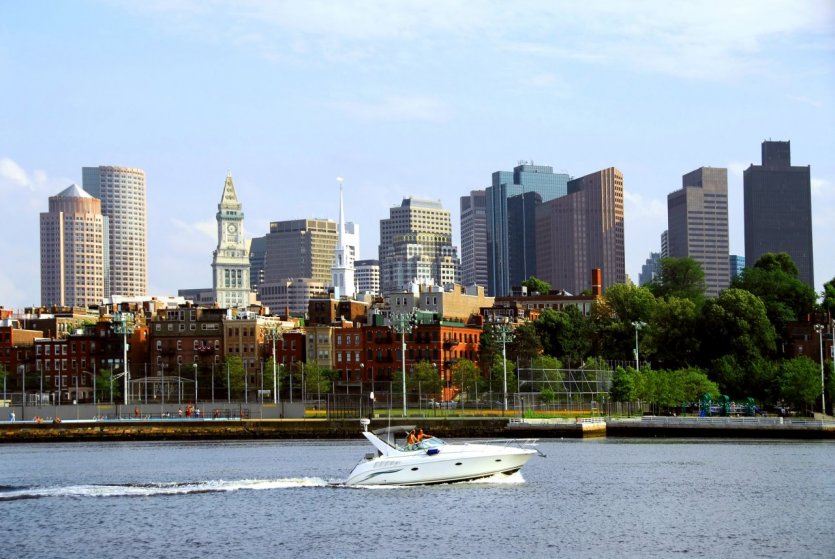 A Visit to Massachusetts State House

Massachusetts State House is the seat of the federal government of the State of Massachusetts. The building is located in the heart of the Beacon Hill district and catches the eye with its elegant architecture, particularly the dome, which was covered with gold leaf in 1874. From Monday to Friday, free tours are offered to the public, an opportunity to better understand how this body of power works and to enter the not-to-be-missed House of Representatives, where the Sacred Cod, a wooden cod symbolizing the importance of fishing in the State of Massachusetts, is displayed 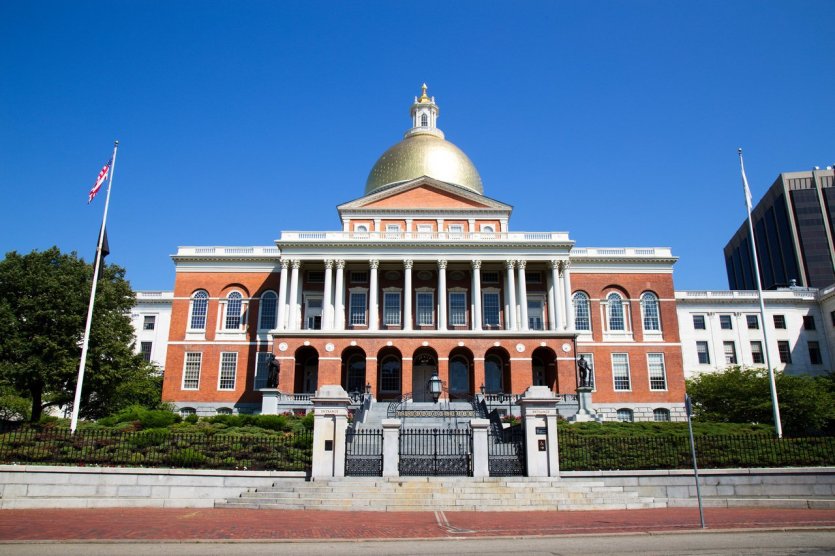 Getting on board for a Boston Duck Tours

Here is an original way to discover the city of Boston. The Duck Tours propose to settle aboard an amphibious vehicle of the Second World War to discover the city, its history and its main monuments. The interesting point of this unique experience is that you can discover the city by road but also by river by diving into the Charles River. These vehicles have the particularity of being able to drive on land and navigate on water. It is a must in Boston, and the panoramas offered from the river on the buildings are sumptuous. 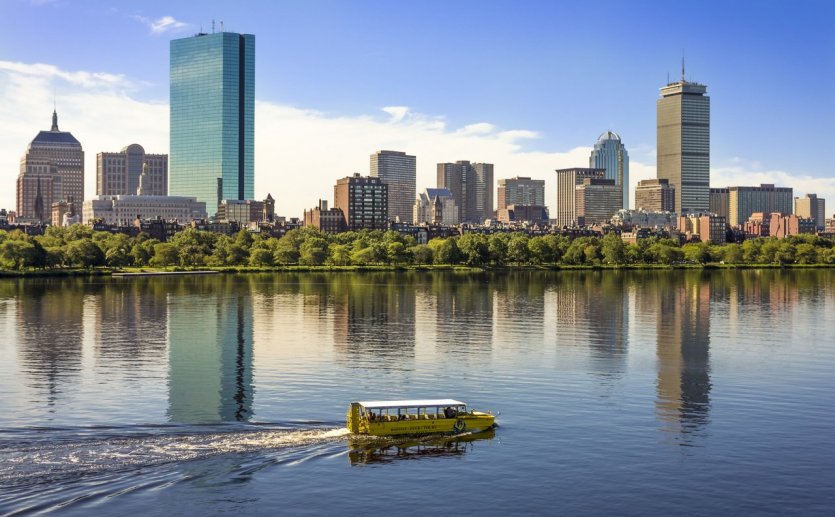 Getting on board the ship USS Constitution

L'USS Constitution is a frigate that was built in 1794. It is therefore the oldest warship of the United States still afloat. She has 44 guns and U.S. Navy personnel organize tours on board to show the public the intricacies of handling such an incredibly large ship and to better understand her history. Since the War of 1812 against the British, she has been nicknamed Old Ironsides because it is said that at that time fire seemed to bounce off her planks without damaging anything. One must take the time to go there, if only to admire its beauty from the outside. 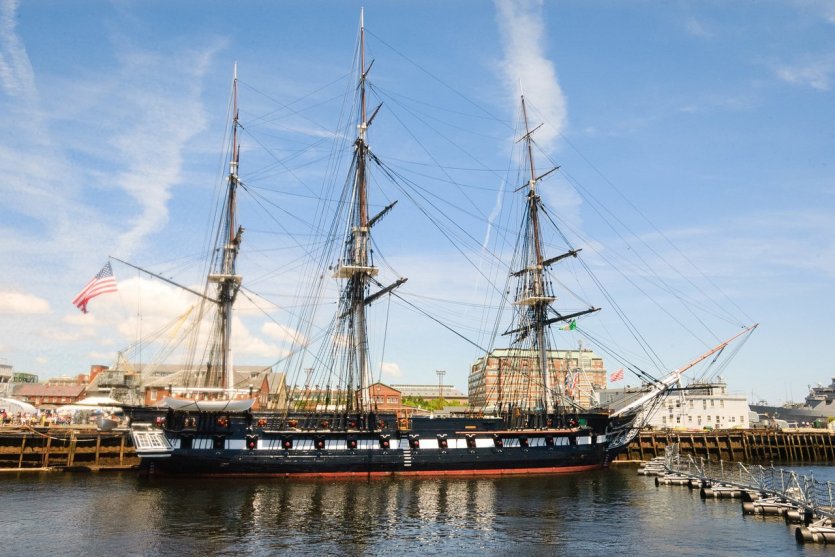 Stroll at the Museum of Fine Arts

This beautiful museum in Boston was founded in 1870. It houses several thousand works of art and millions of visitors come to view its rich collections every year. The universes on offer are varied and you can discover European art, Asian art including magnificent Japanese prints in the ukiyo-e style, Islamic art, contemporary art and even ancient Egyptian art. The collections include paintings, jewellery, sculptures, prints, drawings, photographs and even musical instruments from all over the world. It is worth noting that the museum houses one of the most important collections of works by Claude Monet located outside France. 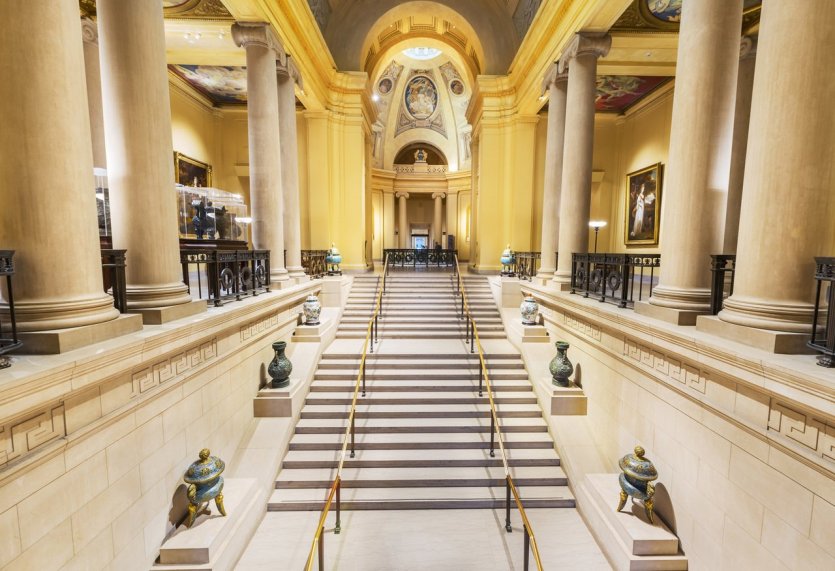 To see the oldest building in the city, you have to go to the foot of the Old State House. This monument, which was built in 1713, has served various functions throughout its history. It served as a trading exchange before it became the home of the Massachusetts government, and then as city hall before becoming a commercial establishment. It currently houses a museum. You have to go to the Old State House to see its beautiful architecture, composed of red bricks and a tower that reveals different balconies. The contrast between the old monument and the tall buildings around it is striking. 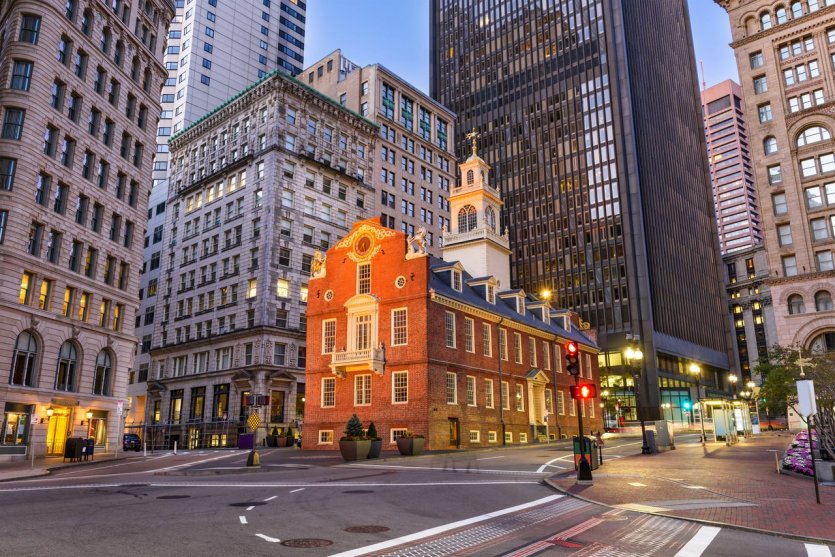 Enjoy a 360° panorama from the Skywalk Observatory

One of the main activities in all major American cities is to be able to climb to the top of a building and contemplate the panorama of the whole city and its surroundings. This activity is also possible in Boston, and you have to reach the Prudential Tower to do so. It is the second highest tower in the city. After doing some shopping in the shops in the building, it is time to join the Skywalk Observatory to enjoy a 360° view of the city. Audio-guides present in detail the different buildings, historical monuments and points of interest that can be seen in the landscape. 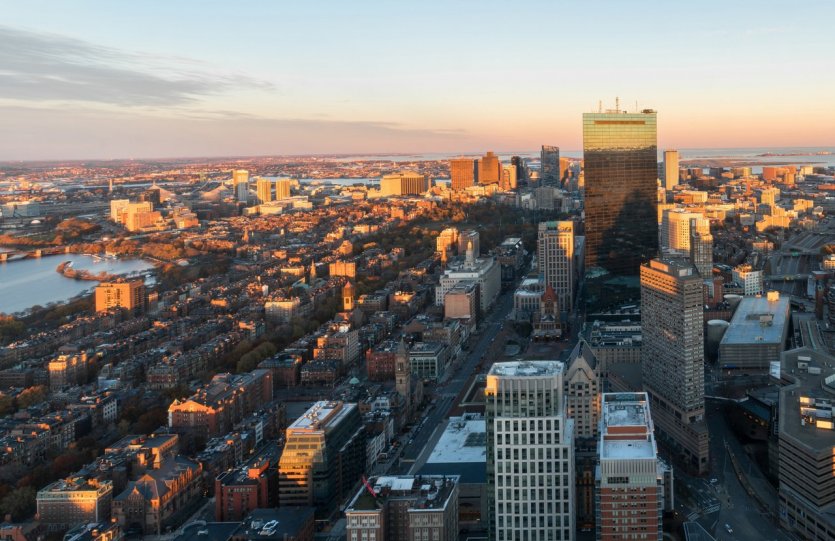 It's always nice on urban walks to be able to take a break in a green setting. The Boston Common is like the Central Park of the city. It may be smaller in size, but it is also located in the heart of the city. On sunny days, it's a good place to stop and enjoy its charm with its alleys leading to small ponds and bridges. Sculptures add to the serenity that emanates from it and in a completely different register, its baseball field allows you to play this cult sport in the United States or to watch a game quietly from a bench. In the morning, afternoon or evening, every moment of the day has its own atmosphere and the inhabitants love to meet there to rest or play sports. 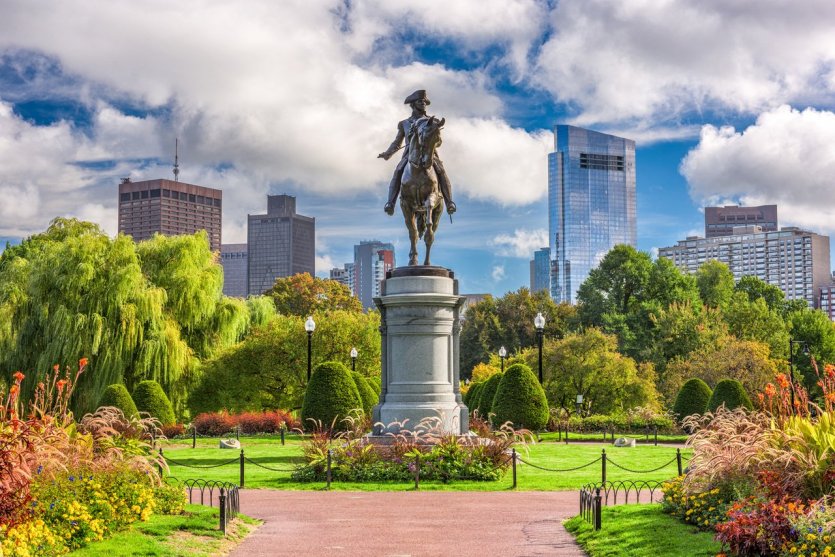 A moment at the Isabella Stewart Gardner Museum

In 1903, Isabella Stewart Gardner, a great lover of art, founded the museum that bears her name. She wanted the architecture of the place to be original, which is why, in the heart of Boston, visitors discover a 15th century Venetian-style palace. The building and its gardens are sumptuous and what can be said about the richness of the collections, which range from ancient Rome through the Italian Renaissance to the 19th century. The palace houses collections of European as well as American art. Among the works to be scrutinized in every detail are books, furniture, ceramics, sculptures and important paintings. We find great names such as Rembrandt, Degas and Michelangelo 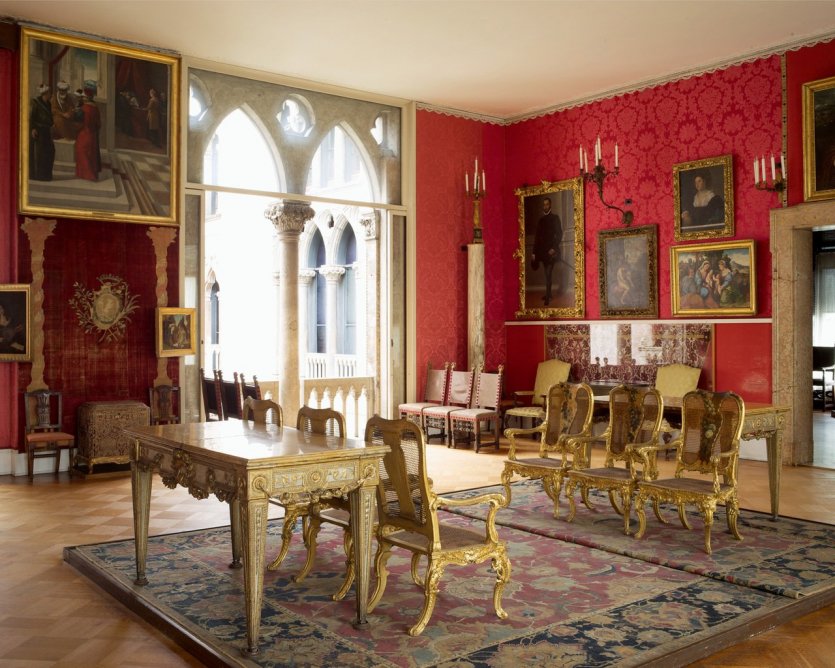 Boston is a city where you can easily discover its greatest architectural and historical treasures on foot. The Freedom Trail is a 4.8 km long route that plunges you into the heart of the city's history. In total, the route takes walkers to 16 historic sites, including those that played an important role during the War of Independence from the British. Accompanied by a guide dressed in period costume or equipped with the dedicated application, you will successively visit key sites such as the USS Constitution, the Old State House, the house of Paul Ravere or the site of the Boston massacre 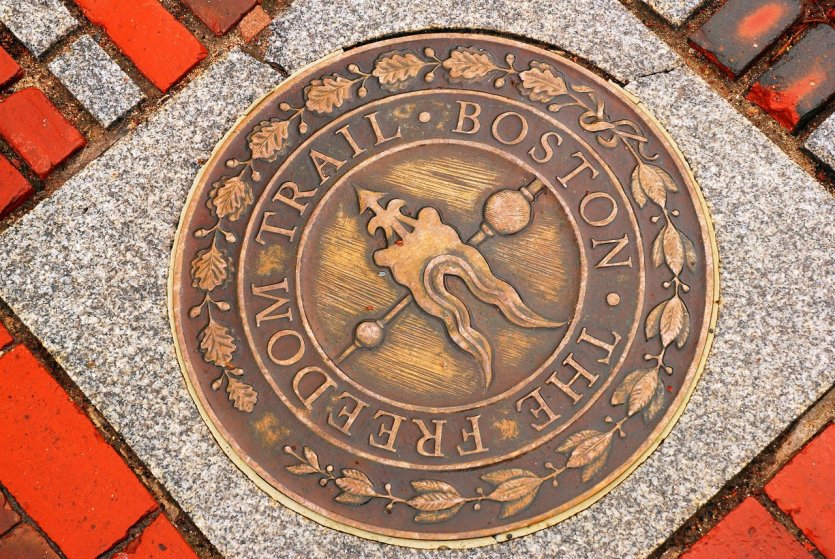 Faneuil Hall was built in 1742 and was donated to the city by Peter Faneuil, a wealthy American merchant of French origin. It served both as a market and a meeting room. It is an historic site because it was here that the colonists gave their speeches in favour of freedom during their revolt against England. Today, the Faneuil Hall Marketplace, also known as Quincy Market, is a must-see in Boston, as it is home to a multitude of shops and restaurants offering food with a variety of influences. The place is also very often animated by street artists. Shopping, gastronomy, shows, there is everything you need to have a good time in the heart of Boston 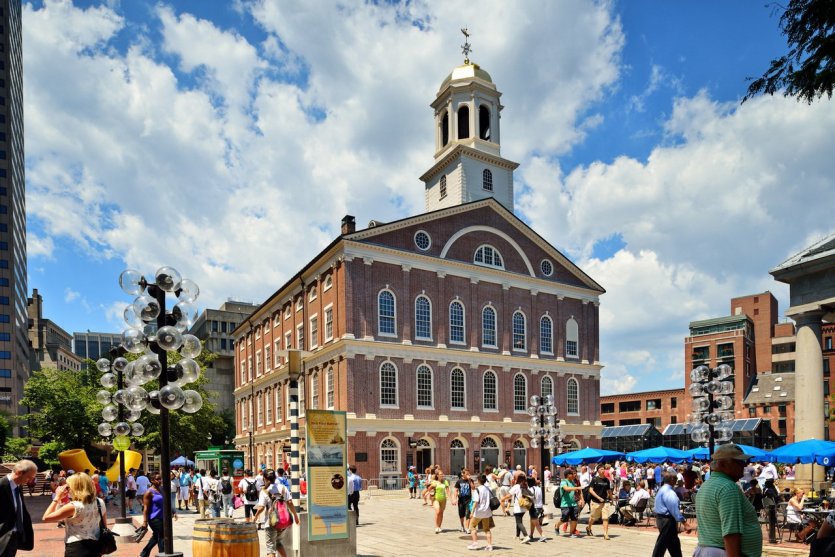 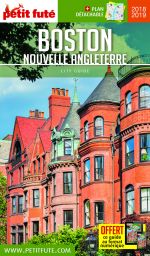 Visiting the United States is often like walking through its mythical cities, from New York to San Francisco, or its ...
Read the article

The largest capital of South America with its 3 million inhabitants, Buenos Aires has always been one of those cities ...
Read the article