Very rich in architectural heritage, Europe has many castles, witnesses of hundreds of years of history and still very popular with tourists. Fortified, of Baroque or Renaissance architecture, on hillsides or by a lake, castles continue to fascinate young and old alike. A visit is always a special moment to experience, an opportunity to go back centuries and also to measure the extent of the work involved in building such buildings. In order to guide you in the choice of your destination for the next holidays, Petit Futé invites you to a tour of the 10 most remarkable palaces, fortresses and castles of the Old Continent

Clinging to the promontory of Grignano, this magnificent palace, set on the seaside in a huge garden, beautifully combines Gothic, Medieval and Renaissance styles. It was the sumptuous residence of the Archduke Maximilian of Habsburg from 1860. If the castle impresses by its particular architecture, it is also its incredible park that attracts many visitors. Admission is free of charge and it offers a variety of wonderful views of the Adriatic Sea. Inside, on the ground floor there are rooms such as the family apartments, Maximilian's room and a library. Both floors are remarkably preserved

The Alcazar Castle in Segovia, Spain

This fortified castle, located at the end of the old town of Segovia, was built at the beginning of the 13th century on a former Arab fortress. The Alcázar was the favourite residence of the kings of Castile in the Middle Ages. Built on a rocky spur, it is clearly one of the most impressive monuments in Spain. Inside, the rooms have beautiful Mudejar-style ceilings. The castle houses several secret passages that lead to the river and also communicate with other palaces in the city. The other eye-catching feature is its keep, a square tower which, when you climb the steps to the top, reveals a splendid panorama of Segovia and its surroundings.

This splendid medieval castle, commonly known as the "Castle of Dracula", is located in Transylvania, Romania. It was the home of Count Dracula in the eponymous book by Bram Stoker. Built between 1377 and 1388, a visit leads through long corridors that provide access to the different rooms. They all have beautiful medieval furniture and offer a real journey into the past. Among the rooms not to be missed are one dedicated to the legend of Vlad the Impaler and the myth of Dracula and another dedicated to imaginative instruments of torture. Between legend and reality, this must-see monument in Romania is definitely attractive, while at the same time capable of giving goose bumps

Built in the 11th century by Konrad I, this castle sits atop a rocky peak 115 metres high and watches over the Salzach valley. Its 900 years of history have transformed it into a royal house, a religious refuge, then a prison and today a national falconry centre. In addition to marvelling at its beauty and its special location surrounded by pine trees and steep peaks, a visit leads into the gardens, the kitchen, the prince-bishops' apartments, the Romanesque chapel and along the ramparts. In the summer, daily flights are organised with birds of prey, which inevitably adds to the magic of the place

Built in 1228 by the Anglo-Norman Burgo family, this splendid castle is today a 5-star luxury hotel. Imposing, gigantic, the environment in which it takes place is idyllic, since it is located on the bank of Lough Corrib. It is worth noting that distinguished guests have stayed at the castle hotel, including President Reagan. Today, the best way to visit is still to be a guest of the hotel, even if the budget is still high, and have the opportunity to stroll in its gardens, fish, play golf and visit the falconry school that is located in one of the wings of the building

Planted on a volcanic rocky spur, overlooking the Scottish capital since the 9th century, Edinburgh Castle fascinates by its history and the role it may have played from a military point of view. A visit allows you to go back in time and walk in the footsteps of the characters attached to the monument, such as Queen Margaret who lost her life there in 1093. You should also take the time to stroll through its many rooms, its must-see places and see its wealth. Let us mention the Sainte-Marguerite chapel, the jails, the Scottish National War Memorial, the Mons Meg, the largest cannon of the 15th century, as well as the Crown Jewels, composed of the crown, the ceremonial sword and the sceptre. In any case, stay alert, legend has it that it is haunted!

The Palace of Pena, Portugal

On the heights of the city of Sintra, this jewel of romantic architecture is straight out of the wildest dreams of Prince Ferdinand of Saxony-Coburg-Gotha. Majestic, exuberant and eccentric, the palace stands proudly and offers a magnificent view from its balconies. Some people are astonished to see its red and yellow colours and the contrast with the surroundings, while others simply marvel at an absolutely fantastic monument. Not to be missed during a visit are its towers, its terraces on different levels, the Moorish gate, and the various rooms inside which house furniture, paintings, jewellery and statues. Not forgetting, of course, its sublime gardens

Located in the county of Berkshire, the construction of Windsor Palace was initiated in the 11th century by William the Conqueror. Today it is the largest still inhabited castle in the world, as it is the official secondary residence of Queen Elizabeth II and the royal family, who spend a few weekends there every year. She also receives monarchs, politicians and the public from all over the world when they visit England. Unlike Buckingham Palace, Windsor Castle can be visited, to the delight of the public, who can discover the State Apartments, the private apartments created by George IV, the great reception hall or even the magnificent Saint George's Chapel, where many princely weddings have taken place

One of the most visited castles in Europe, nicknamed "the fairy-tale king's castle", is located in the village of Hohenschwangau in southwestern Bavaria. Perched on a rocky outcrop 200 metres high since the 19th century, its fantastic appearance inspired the Disney studios for the castle of Sleeping Beauty. Behind its neo-gothic walls, no less than 200 rooms make up this incredible palace. At the time, Ludwig II wanted to make it a peaceful retreat, inspired by Wagner's operas and the Germanic legends of antiquity. From the royal apartments to the phenomenal kitchen, one cannot help but marvel at the atmosphere of the castle and the state-of-the-art techniques that have been used to make it a comfortable and innovative place

One of the most visited sites in Austria impresses with its richly decorated rooms and extensive baroque gardens, which are a UNESCO World Heritage Site. It was Leopold I who in 1696 commissioned the architect Johann Bernhard Fischer von Erlach to build a residence for his son. The artist wanted to create a second Versailles in the Baroque style, but the project failed due to a limited budget. Half a century later, Maria Theresa of Austria spotted the place and asked Pacassi to transform and enlarge it. As a result, it now has a rococo style, suitable for state affairs and imperial festivities. Long the summer residence of the Austrian emperors, visitors today enter the many rooms, including the sumptuous state rooms. The park and zoo complete the visit to a place that offers an extraordinary experience 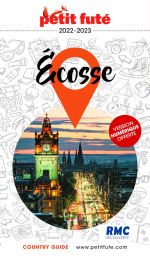 Edinburgh, a cultural and festive destination

Edinburgh, the Scottish capital, is a magical, intriguing and romantic city that continues to fascinate artists and ...

Edinburgh captivates and fascinates those who visit it: its charm, its countless monuments, its ghosts and myths or the ...

Where to go in December? Where and when to go: destinations and tips

Do you feel like getting away from it all for the festivities? But where to go in December to enjoy it? Here are a few ...

If the sun, beach and sun cream don't charm you, this article is made for you! Why not spend your summer at the expense? ...