This Renaissance-style palace (1534-1537) is a must-see, next to the City Hall. Its façade is decorated with rich golden stucco and its red windows contrast with the natural white stone. But it is above all the seven 19th century bronze statues representing legal figures that attract attention. The Franc de Bruges, created around the year 1000, administered Bruges and the surrounding villages in military, financial and agricultural matters. Headed by a military leader (the burgrave), the Franks of Bruges was then managed by a bailiff (the equivalent of a prefect today) from the 12th century onwards. He then moved in the 15th century to the Castle of the Counts. The building, will become from 1795 to 1984 the courthouse of Bruges.

Visit. Inside you will find the museum of Franc de Bruges (ticket coupled with the city hall), but also the municipal archives guaranteeing the administrative memory of the city, whose reading room was arranged in the chapel of the former civil registry, one of the most important administrations of the city. You can visit the sitting room (both meeting and exhibition room) and the Renaissance room, where a monumental fireplace from 1528, built in wood, marble and alabaster in honor of Charles V, and life-size statues of Charles V, Maximilian of Austria and Mary of Burgundy, his grandparents, and Charles the Bold and Margaret of York, his great-grandparents, are displayed. 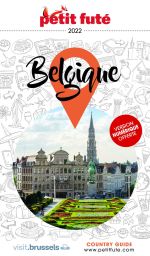