Just a stone's throw from the coast, the largest of the Hyères islands, 7 km long and 2.5 km wide from north to south - 1,250 hectares - is a real little local paradise and is still as attractive as ever. However, it is better to come outside the summer period to appreciate all its beauty. The north coast is the most welcoming, with numerous sandy beaches bordered by pine forests and scrubland planted with broom, heather, myrtle and arbutus. The south coast, on the other hand, is steeper and more jagged; the interior, finally, is sparsely inhabited.
In ancient times, the island was part of an archipelago mentioned in Greek mythology - the Stoechades -, and Ulysses even ended his days on the island of Porquerolles - at least if we believe the legend. A few centuries later, the monks of Lérins settled in a fortified habitat on the heights - 5th century -, then the island did not escape the Saracens, barbarians and pirates, like the rest of coastal Provence - 8th-9th centuries. But Porquerolles has not yet had its fill of misfortunes. Charles V's troops ravaged the island in 1535. In the 17th century, Richelieu launched a program of fortifications and construction of forts on the island, which did not prevent it from being plundered by the English and the Dutch. In 1810, Napoleon reinforced the garrisons of Porquerolles. Soldiers returning from the colonial wars, taking advantage of the special climate, come here for treatment. At the end of the 19th century, a new scourge ravaged the island: fire. An uncontained fire ravaged more than half of its surface area.
At the beginning of the 20th century, in 1905, the Compagnie foncière took possession of the island with a view to transforming it into a farm, but less than ten years later the company went bankrupt and the island was auctioned off to François-Joseph Fournier who, having made his fortune by discovering one of the largest gold seams in Mexico, bought it for a million francs and gave it to his wife as a wedding present! The Fournier era then began on the island. All the inhabitants were employed in wine production - an important one with 12,000 hl per year -, market gardening or fruit production - with citrus fruits, grapefruits, mandarins... or as craftsmen or servants in the service of the Fournier house. The island practices a kind of community life and functions in autarky. A small electric factory supplies the farm and the streets of the village. A cooperative provided the inhabitants with food and clothing at the lowest possible rates. This golden age came to an end with the death of François-Joseph Fournier in 1935 and the beginning of the war in 1939. Three years later, the island was occupied by Italy, then by Germany the following year. It was liberated on 22 August 1944 by Senegalese riflemen. In 1971, the French state bought a large part of the island, thus protecting it from untimely concreting and giving it as an endowment to the Port-Cros National Park, which manages it. Since 1979, the Conservatoire botanique de Porquerolles has been safeguarding the Mediterranean flora and, thanks to the island's sanitary isolation, it has been preserving collections of genetic fruit resources, protected from the pathogens that ravage fruit trees.
Today, the village of Porquerolles is almost a hamlet, with a few hotels and restaurants, a few fishermen's houses around the Place d'Armes, and a very small marina.
Particularly lively in summer, the island offers from May onwards a nice program of festivities until September. Among the highlights: the Porquerolle's classic in June (regatta of old sailing ships) and the Porquerolles jazz festival in July.

The must-see places in Porquerolles

9th edition of the Musicales dans les Vignes in Provence

If there are two themes that go hand in hand, it is music and wine. All summer long, Les Musicales dans les Vignes will be held in Provence for ...

For the summer, the return of the theme evenings in Saint-Cyr-sur-Mer, in ...

Prepare for your trip Porquerolles 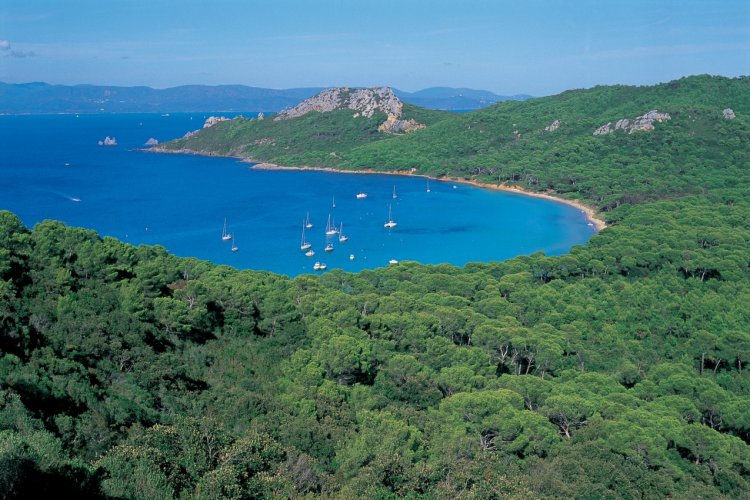 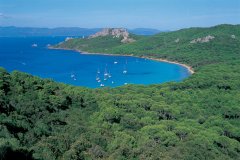 Porquerolles, the paradise of the Var

Treasures of the Var coasts, nestled off the coast of the Hyères bay, on the calm waters of the Mediterranean, the Golden Islands are, with their idyllic landscapes, part of the jewels of the Côte d'Azur coastline. Loaded with history and vestiges of a rich and tumultuous past, Porquerolles, Port-Cros and the Ile du Levant invite you in all seasons for a most pleasant escape, far from the hustle and bustle of the big cities of the Var. ...

The cold has indeed arrived with its share of snow, hail and icy rain. But this bad weather does not stop travellers! On the contrary, some places are even more beautiful when you discover them in winter. For that, there is no need to travel for miles: France and its varied landscapes, from the mountains to the coastline and the vast plains, contain treasures. The mythical Alps and Pyrenees will attract skiers, while the Côte d'Azur will ...

A week dedicated to Porquerolles

From May 24 to 28 Porquerolles did his Star. A week when the projectors were turned to her and it was two nautical clubs that created the event. The International Yacht Club in Hyères and the Yacht Club of Porquerolles have worked together to give birth to this beautiful week. From Porquerolles, the race took place with 74 boats from the start this year. A very popular race since the registration quota has been reached. A joyful atmosphere ...

The tabloids praise its jet set, rhinestones and sequins, but the Côte d'Azur is above all a land that cultivates its folklore and traditions in the image of the Nice Carnival, which welcomes many visitors every year. Between sea and mountains, the Côte d'Azur is the second most popular tourist destination in France, after Paris. This constantly blue sky has won the hearts of many artists such as Cézanne and Renoir... Why not yours? Petit ...