Kyōto is not Japan as we say. It's traditional Japan. Former capital of Japan, Kyōto is located, like Tōkyō, on the island of Honshū and in the Kansaï region. The Shinkansen, a high-speed train, links Tōkyō to Kyōto in 2 hours and 40 minutes. Kyōto is 1h15 from Kansai International Airport, next to Ōsaka. The old city is home to a profusion of temples, palaces and gardens, each more fascinating than the next. There are more than 2,000 Japanese gardens at Kyōto ! The Kinkakuji Temple and 16 other temples and shrines are classified as World Heritage Sites by UNESCO and make Kyōto an essential spiritual destination. In the alleys with wooden houses, you will meet the geikos, the beautiful geishas of Kyōto. See the traditional Nishiki market, go on the tea roads, enjoy matcha tea ice cream and enjoy local sencha tea, attend a traditional theatre performance. Kyōto it is also a remarkable natural environment. Plan mountain hikes on the slopes of Mount Hiei, not to mention an excursion to the shores of Lake Biwa and, of course, a day to discover Ōsaka, your tour guide in hand.

The must-see places in Kyoto

When to go to Kyoto?

When to go to Japan? Spring and autumn are the high tourist seasons in Japan, so it is at this time that hotel rates are highest and since accommodation is the most important budgetary expenditure in Japan so it can be interesting to travel out of season to save money. To avoid the highest crowds and pay less, the best time to travel to Japan is late November-early December, late February-early March, or late May and June, i.e. during the low tourist season. If you go to Japan in the spring you can attend Hanami, the festival of flowering sakura cherry trees. A national event. May 5th is the children's day. In autumn, the flamboyance of maples and ginkgo bilobas is celebrated. It's Moniji. In any season, know that you can find an old apartment, not very popular with the Japanese, for rent at a reduced cost. Western tourists will appreciate its retro charm. Avoid winter, however, as heating in older homes is limited. Finally, the Gion Matsuri Festival of Kyōto takes place in mid-July. It is the most famous in Japan. It takes place around the Yasaka-jinja sanctuary and sees the parade of about thirty tanks, called yamaboko. This millennial festival was initiated to appease the divinity in order to fight against plagues and diseases. Finally, you should know that to visit the Imperial Villa of Katsura, one of the most beautiful jewels of traditional Japanese architecture and landscape garden, as well as the Imperial Villa of Shugakuin (17th century) you must obtain a permit from the Imperial House Agency. The authorization may take more than a week. Make your request as soon as possible.

With 7,000 islands and islets, spread over 3,800 km, Japan has multiple climates, not to mention the significant variations in mountains. Boreal in northern Japan and tropical in the south, the climate in central Japan is more temperate. Spring and autumn enjoy pleasant temperatures and are the high tourist season. The rest of the year corresponds globally to the low tourist season in Japan, particularly at Kyōto where it is very hot in summer and very cold in winter.

Most of the budget is spent on accommodation, which is rarely cheap. On the other hand, we eat for a very fair price. Public transport is more expensive than in France, especially high-speed rail. We pay more often in cash than by credit card, not always accepted. The currency is the yen, the easy exchange rate. To collect yen go to the ATM counters of 7/12 mini-markets. No tip in Japan, perceived as an insult!

No visa is required for a stay of 90 days or less. All you need is a valid passport for the duration of your stay, a return flight ticket and enough money to support yourself on site. Controls are possible. Politeness and citizenship rules are inherent to the country. Always be charitable and do not outlaw yourself. You can travel with a regional Japan Rail Pass with the high-speed train to Osaka, for example. You can now buy it locally, but it will cost you less if you buy it in advance, in your country

In summer, pollution and heat must be taken into account for vulnerable people. There is no malaria in Japan, and no vaccine is required to enter the country. Vaccines against tetanus, diphtheria, polio (unless up-to-date) and hepatitis A (unless immunized) are recommended in Japan. The country has a remarkable hospital structure (but it is necessary to check before departure that your mutual insurance company will cover the medical costs, which are high in this country). Embassies also have their own doctors attached. Wearing a protective mask is common. To be adopted if you are sick, so as not to be contaminated by others and in case of a pollution peak.

How to go to Kyoto? Our advice & tips

For Japan, the offer is very wide. We will propose for the first time tours to discover the triptych Tōkyō, Kyōto, Nara in one week. For a longer time, Ōsaka and Hiroshima can be added to the program. Contrary to popular belief, small budgets can find a free stay at Kyōto at a fair price with accommodation in a small room. Big budgets have a choice of luxury ryokan.

Travelling alone is no problem, Japan is a very safe country and the Japanese are always ready to help you. A young girl alone can return to her accommodation in the middle of the night, without being disturbed. The only problem is the language. The Japanese rarely speak English. Plan a glossary or Google translation. Book a few nights in an inn before you leave. On site you will make contacts and find accommodation at attractive prices

In the city, the ideal is the bicycle. You will find at Kyōto several rental companies and dedicated car parks. Some areas of the old Kyōto are pedestrianized. Hiking in the parks and gardens, but also in the surrounding mountains, is a pleasure. Public transport, tram, metro, bus, are efficient but expensive because of different companies: several tickets are required for a trip. Some lines to the countryside cross a magnificent natural environment

Prepare for your trip Kyoto 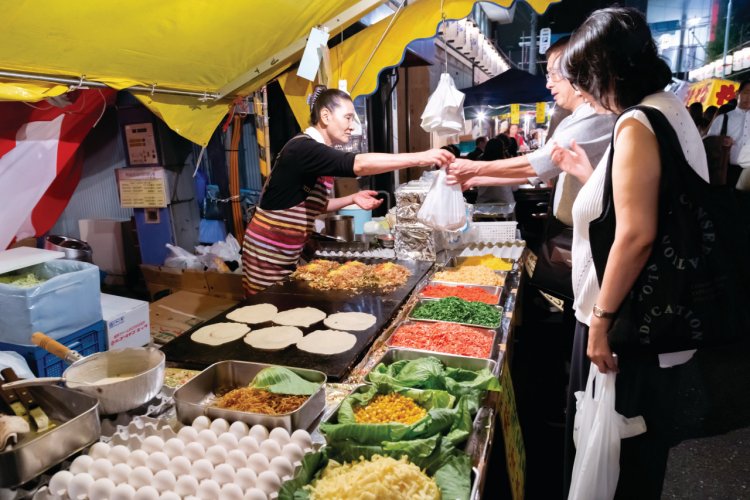 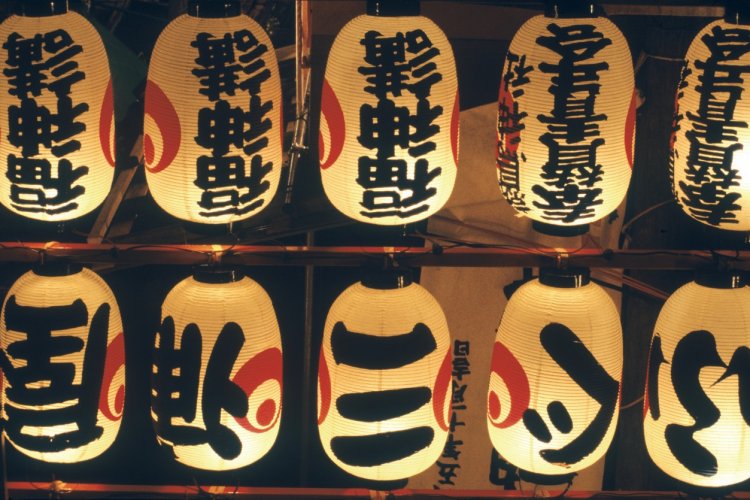 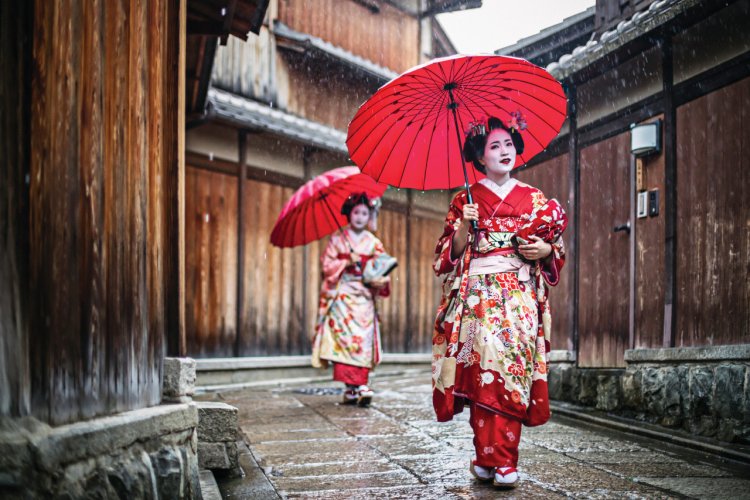 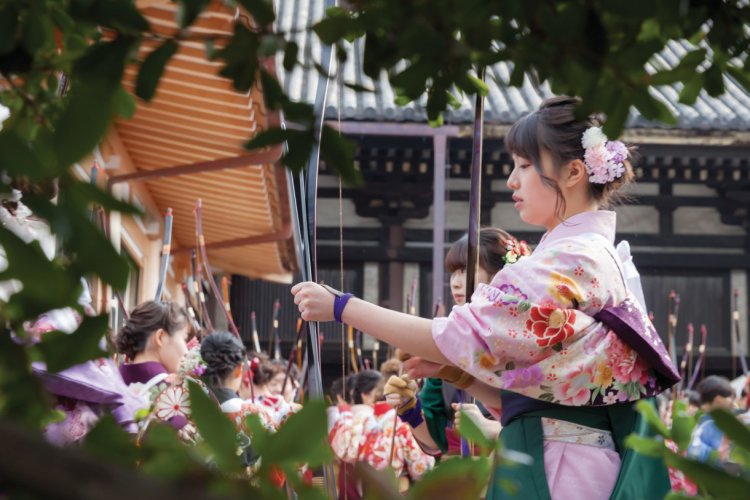 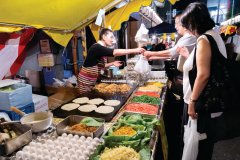 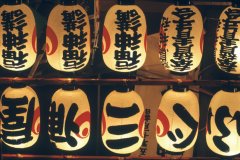 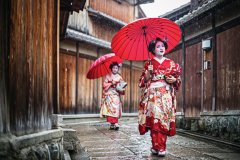 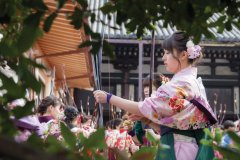 When to go to Japan? Spring and autumn are the high tourist seasons in Japan, so it is at this time that hotel rates...
Read more about it

With 7,000 islands and islets, spread over 3,800 km, Japan has multiple climates, not to mention the significant vari...
Read more about it

Most of the budget is spent on accommodation, which is rarely cheap. On the other hand, we eat for a very fair price....
Read more about it

No visa is required for a stay of 90 days or less. All you need is a valid passport for the duration of your stay, a...
Read more about it

In summer, pollution and heat must be taken into account for vulnerable people. There is no malaria in Japan, and no...
Read more about it

Travelling alone is no problem, Japan is a very safe country and the Japanese are always ready to help you. A young g...
Read more about it

For Japan, the offer is very wide. We will propose for the first time tours to discover the triptych Tōkyō, Kyōto,...
Read more about it

In the city, the ideal is the bicycle. You will find at Kyōto several rental companies and dedicated car parks. Some...
Read more about it

North of Hyōgo and Kyōto, an all-in-one Japan

For visitors eager to discover and experience the Archipelago, the attractiveness of a region can be measured by the range of activities and pleasures it has to offer. The northern prefectures of Hyōgo and Kyōto, where the Sea of Japan hits the coasts, is the perfect example of an attractive and desirable region for all types of travellers, whether they like local gastronomy, luxurious ambiences, a change of scenery, remarkable nature or ...

Hyogo and Kyoto, an authentic and traditional Japan

Hyogo is a prefecture located west of Kyoto, which is full of new experiences and cities with unsuspected charm. Hyogo Golden Route is a tour that allows travelers to see a little bit of all the facets of this prefecture. Kami Town, literally "the city of deities" is bordered by the sea, with the river on one side and large forests on the other. The Saruo-daki waterfall descends from these forests to the Yada-gawa River, which then flows ...

The most unusual hotels in the world

Travelling is discovering a new country, a new culture but also a new place to live. So often hotels are only used to rest before facing a new day of tourism, some establishments are real sightseeing attractions that would also almost give rise to a visit. Far from the hotels or inns in the city centre seen and reviewed, Le Petit Futé has found the best addresses for you to spend an unusual night or several nights. Whether they are located ...