Geneva enjoys an exceptional geographical location, at the southern tip of Lake Geneva and with the snow-covered peaks of the Alps in the background. It has the reputation of being a city where everything embodies well-being and luxury. There are indeed a large number of high-class hotel establishments, beautiful jewellery shops and banks. But far from the clichés, it is necessary to take the time to stroll around and discover its old town, its beautiful 18th century facades, its museums and its historical monuments. Here are the main places not to be missed during a getaway in this charming Swiss city 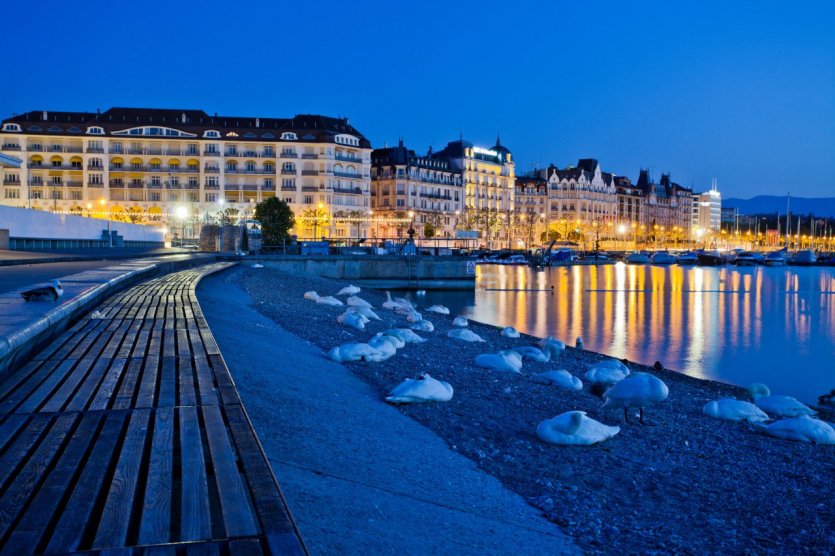 The Jet d'eau, symbol of the city

If today the Water Jet is an emblem of the city and a must during a visit to Geneva, it should be known for history that its primary vocation was not aesthetic, but that it served as a safety valve for a water factory in the city! The current version dates from the 1950s and is 140 metres high. Every second, more than 500 litres of water are projected into the air at a mad speed of 200 km/hour. Today, it is a delight for visitors who come to film it and take a few pictures while strolling along the pier of the Eaux Vives. 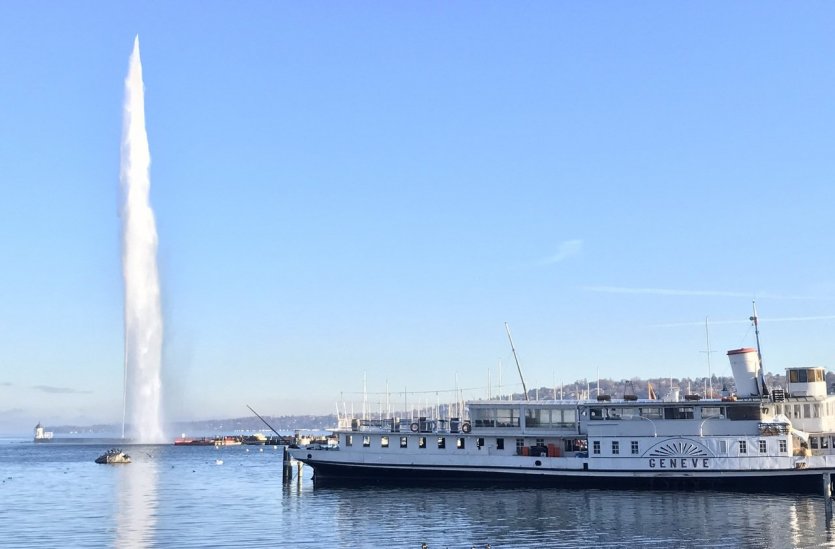 A visit to CERN, the European Centre for Nuclear Research

You have to visit CERN during a visit to Geneva, if only to admire its amazing dome-shaped architecture. Inside, visitors can enjoy a very informative walk. It is indeed one of the largest scientific laboratories in the world. How did the world begin? This is a question that physicists working on site are trying to answer, using accelerators and particle detectors, including the Large Hadron Collider (LHC). On the occasion of a visit, do not miss the permanent exhibition "Universe of Particles" and the Microcosm, CERN's interactive museum that transports you on a walk in the shoes of a great scientist 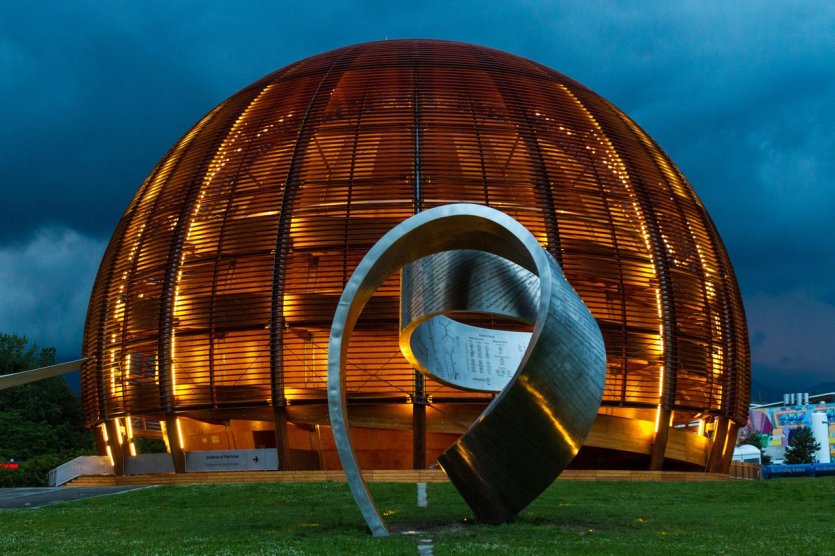 Strolling around the MEG, the ethnographic museum of Geneva

During a stroll in the Plainpalais district, its architecture catches the eye. It is then necessary to take the time to go inside to discover a place of sharing and discovery of the world's cultures. The museum has a permanent collection, but also frequently organises temporary exhibitions. The different sections are dedicated to a specific continent and there is also a space dedicated to the history of the collections and another to ethnomusicology. This large venue, which showcases beautiful works of art from all over the world, was awarded the European Museum Prize in 2017, the highest distinction for a museum in Europe. 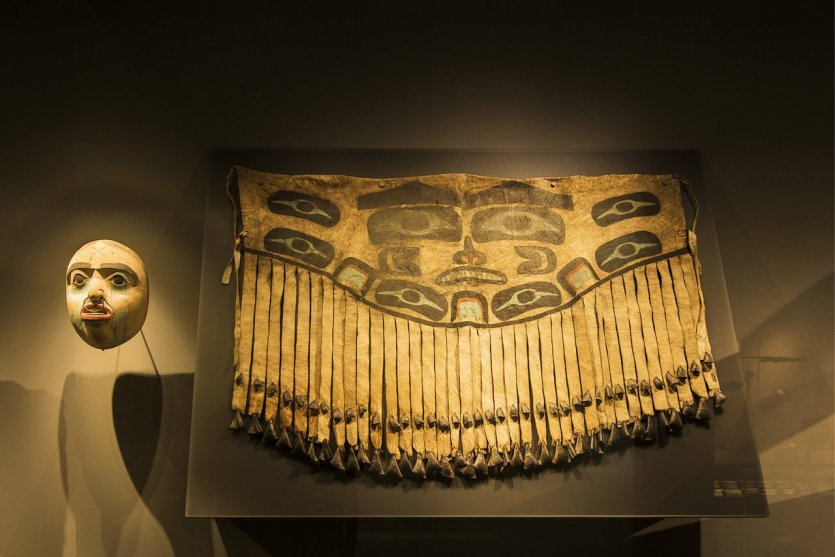 A relaxing moment at the Bains des Pâquis

Les Bains des Pâquis is an essential place to swim in the heart of the city. You can also eat, do water activities or have a massage. A perfect place for a fun and relaxing moment. If visitors and locals like to go there in summer, don't miss a trip in winter to enjoy the sauna, hammam and Turkish bath. The atmosphere is friendly, warm and intergenerational. A moment at the refreshment bar offers a pleasant moment by the lake and beautiful views of the city. 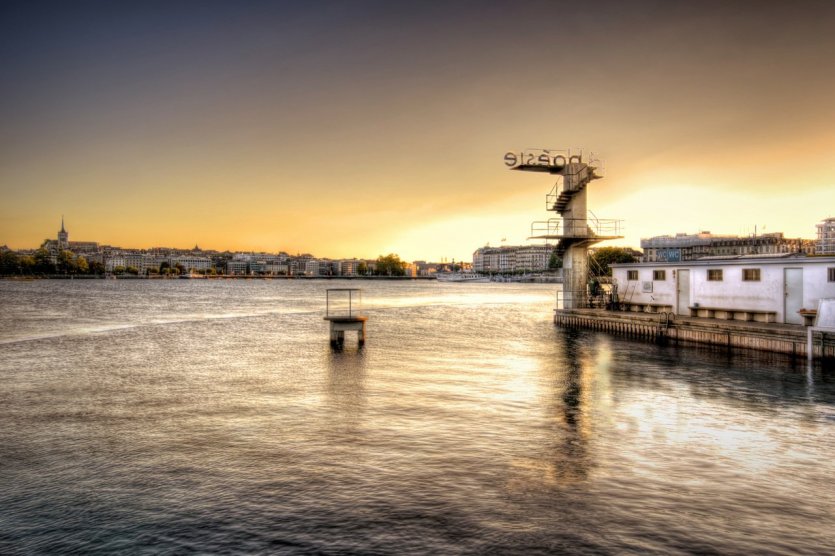 This listed residence, located in the heart of the Old City, is also the oldest private residence in Geneva. Tavel House represents a splendid testimony to medieval civil architecture. If it has been occupied throughout its history by large influential families, the City has since then acquired it to make it a remarkable museum, and this since 1986. During the visit, we discover the urban evolution of the city, and also the different past aspects of the inhabitants' lives. You should also not miss the Relief Magnim, a model that is a reconstruction of the city of Geneva before the demolition of the fortifications in 1850. 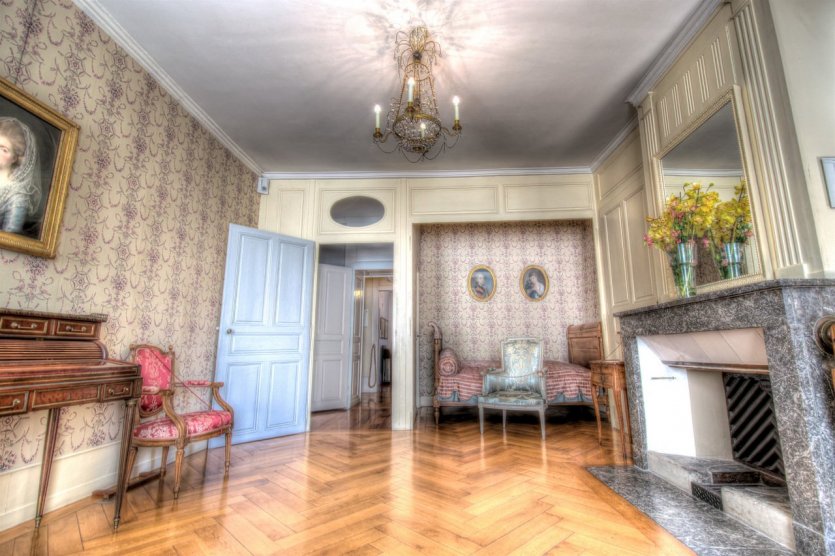 St. Peter's Cathedral in Geneva is one of the city's main tourist attractions. It was built for the Catholic rite before becoming a Protestant place of worship in 1535. For those who have never visited a Protestant church, this is an opportunity to see that inside, ornaments and signs of opulence have been removed, according to the codes of Calvinist spirituality. During the visit, it is necessary to visit the chapel of the Maccabees - much more decorated -, the archaeological site in the basement, and finally climb the 157 steps that lead into the towers. It is then that we enjoy a splendid panoramic view of the city and its surroundings. 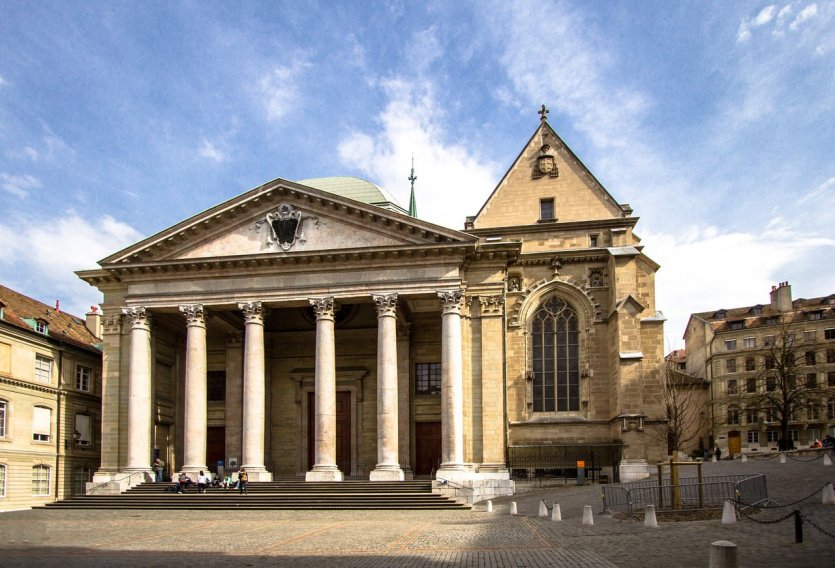 How to get to the United Nations Palace in Geneva

The United Nations Palace in Geneva is one of the most important diplomatic centres in the world. This superb 20th century building is home to many international organizations working in the economic, scientific and political fields. Visits are organized there to learn more about the activities of the United Nations and its history. A story that is even more detailed when you visit the League of Nations Museum, where many archival documents can be found. The guides also present the history of the building from an architectural and artistic point of view, and it is pleasant to stroll through the Ariana Park surrounding the monument, which covers an area of 45 hectares. 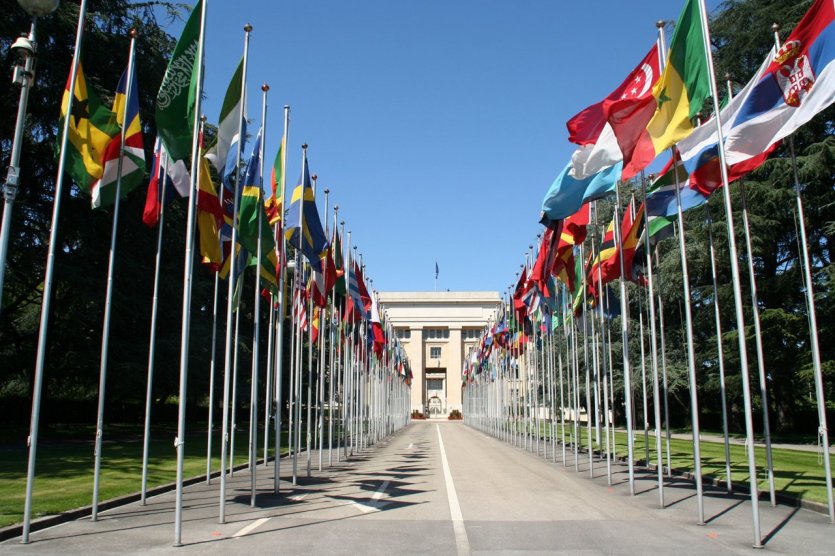 The Barbier-Mueller Museum, a stopover in the heart of the Old City

The Barbier-Mueller Museum exhibits real artistic treasures from so-called primitive civilizations around the world. We discover fabrics, ornaments and sculptures from tribal and classical antiquity, Asia, Oceania, Africa and the Americas. Unavoidable masterpieces that are carefully presented in an intimate setting and invite silent contemplation. It is also necessary to count on very beautiful temporary exhibitions that take place throughout the year and which are also an opportunity to dive into the heart of the art of the world's cultures. 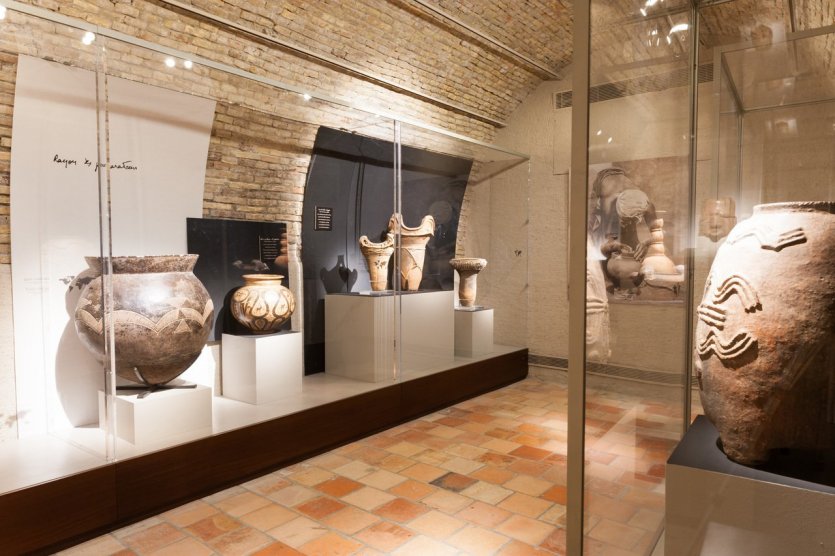 Going green in the park of the Pearl of the Lake

The Parc de la Perle du Lac is a vast green space that takes place on the shores of Lake Geneva. It is one of the city's most tree-rich parks and offers idyllic views of the lake, which is why the wife of Rolex watch founder Hans Wilsdorf named it that way. It is pleasant to stroll around, on foot or by bike, or to take your picnic with you for a gourmet break in a place that remains peaceful. There is also a playground for children. It should be noted that a very beautiful building overlooks the park, Villa Bartholoni, built in 1829. It now houses the Museum of the History of Science 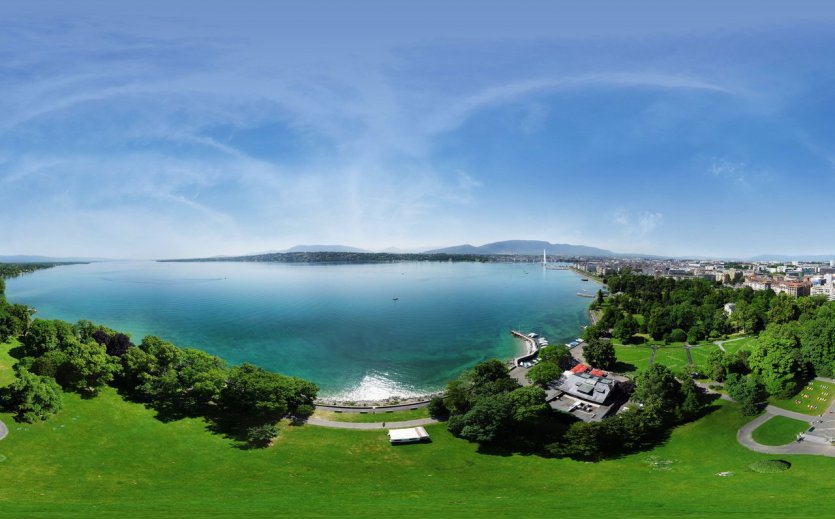 Take a break at the Ariana Museum, the Swiss Museum of Ceramics and Glass

This museum is housed in a splendid palace built at the end of the 19th century and is one of the most important museums in Europe. It was renovated between 1981 and 1993 in order to be able to present the collections in suitable museum facilities. It is organized in two parts, with permanent rooms and spaces dedicated to temporary exhibitions. It traces more than seven centuries of the history of ceramics and glass, in Switzerland, but also throughout the world. Each creation is abundantly explained so that the visitor is accompanied as best as possible during his discovery. The focus is on the interaction between Western and Near and Far Eastern ceramics. 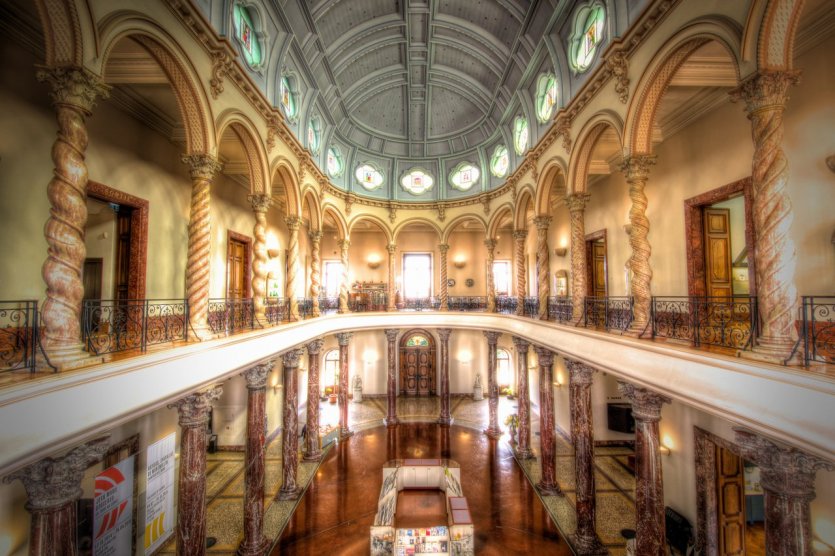 Clean, safe and orderly, this is how we like to qualify Geneva. On the shores of Lake Geneva, it is true that the ...

With its four national languages and twenty-six cantons, Switzerland is an exciting and surprisingly diverse country. ...
Read the article

An hour and a half from Paris, nestled in the Risle valley, the town of Pont-Audemer, often nicknamed the Norman Venice, ...
Read the article