Here we realize how water and fire have shaped Djibouti.

The Gurbet al-Kharab, which was created by a collapse of the earth's crust, is located at the very bottom of the open mouth that is the Gulf of Tadjourah. Almost a second gulf therefore, 20 km long and 10 km wide, almost closed at the Namma Noum Sehima, a channel where a violent current is present during the tides. Sometimes the waves can reach 4 m! This hard-to-cross "door" reinforces the legendary character of the place.

One does not forget the particular shape of the Goubet, which is dominated when coming by road from Djibouti. The rocks, the frozen lava, the peaks, the contours of ancient craters that surround it are black or tawny. The landscape is particularly arid. The rocky walls, sometimes 600 m high, plunge directly into the sea and reach the bottom of Le Goubet, 200 m below the sea. Some very (very) rare green spots soften the blackness of the rock, but it is mainly the blue of the sea that emphasizes the contrast. What you notice at first glance, of course, are the two dome-shaped islets that can be found on the most beautiful photos in the beautiful books devoted to Djibouti.

Volcanic origin and worrying toponyms. Gurbet al-Kharab means "the abyss of demons". According to a legend, there was at the site of Le Goubet a "great mountain crowned with fire", which has since been invaded by water. At the bottom of Le Goubet, one immediately notices the two Devil's Islands, one small and one large (Guinni Kôma). They are rasped and domed islets, former submarine craters, the highest of which is now 159 m high. The big island can only be reached by boat or by swimming (some locals venture there). Oyster shells and instruments probably used to open them have been discovered on its sides, high up in the air, dating back more than 6,000 years. You can reach the smallest island by keeping your feet almost dry.

Local volcanic phenomena have therefore given rise to these names that have become legendary and, for some, have aroused a tenacious fear of evocation of this place. Thus some locals still hesitate to anchor or fish at the bottom of Le Goubet. Yet the only (and totally harmless) sea monsters listed here are whale sharks. These giants of the sea can sometimes swim in the waters of the Goubet between November and February taking advantage of the abundance of plankton in the area, but they usually stay in the Gulf of Tadjourah, one of the few places in the world to observe them (not to be missed if you are in Djibouti at this time).

To see / do Le Goubet

Prepare for your trip Le Goubet 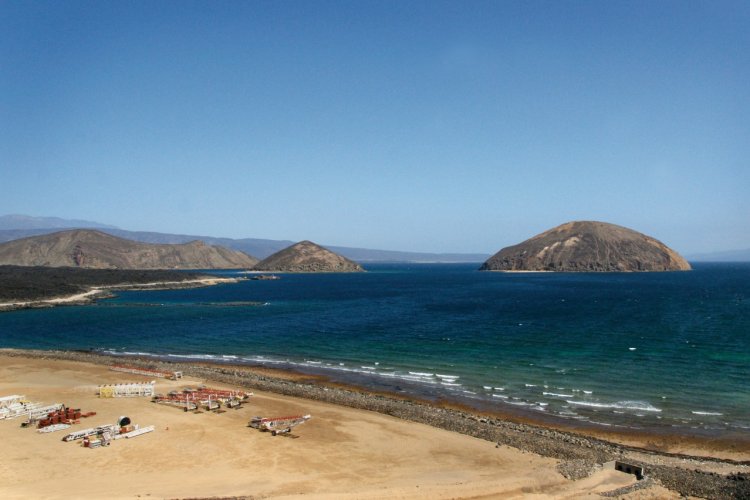