Land of joy, home of philosophers and poets, Naples and the Amalfi coast happily combine nature, art, culture, gastronomy and archaeological treasures. It is here that the ancient and forever fixed cities of Pompeii and Herculaneum, the remains of Paestum, the charms of Capri, Ischia and Procida, the unforgettable delights of the Amalfi Coast... You will soon see that Naples is a city of contrasts, between tradition and modernity, between hustle and bustle and dolce vita. Welcome, not to a museum-city, but to an open-air theatre

Historians and archaeologists agree on the date of the foundation of Naples. In the 7th century B.C., settlers who had left Greece and settled for a century in Cumes in the Phlegrean fields would have migrated again to build the city. Some claim that Neapolis, the 'new city', was built in opposition to the 'old city' (Paleopolis); others, on the other hand, deny the existence of an older inhabited centre and argue that the foundations are to be found today between the Via Foria and the sea.

Whatever its origins, Naples was born on a grandiose site, with an ideal climate and generous nature. The city stretches out on one of the most beautiful gulfs in the world, where the traces of the many civilizations that have telescoped and intermingled there remain very strong.

During the Roman period, Naples expanded and gradually acquired the reputation that made it one of the great European cities. Centuries punctuated by a complex and tormented history, where brief periods of autonomy gave way to centuries of foreign domination until the unification of the Italian kingdom in 1860

The Byzantines, the Goths, the Lombards, the Normans, the Swabians, the Angevins, the Aragonese, the Bourbons, all left their mark on the city and many testimonies of their passage. Romolo Augustolo, Tancredi, Frederick II, Charles I of Anjou, Joanna I, Ferdinand I of Aragon, Philip II of Habsburg, the Spanish Viceroy Don Pedro of Toledo, Joachim Murat, all these masters of Naples were not born here, but reigned here. Strangers to this city, they imposed themselves there, giving free rein to their magnificence, their madness, their benevolence and their cruelty. Almost all of them built grandiose monuments, sumptuous churches and works of public utility.

Naples, in the shadow of Vesuvius

Throughout its long history, between invasions, sumptuous prosperity, natural calamities, epidemics and war, Naples has managed to preserve the essential: its independence. Rebellious and rebellious, the two and a half millennium old city vibrates with a rare intensity, an indication of this unaltered taste for freedom.

In fact, it is the only city in Europe to have refused the medieval Inquisition, despite its religious fervour. A few popular uprisings, having marked its memory, continue to fuel the myth. Masaniello, a simple fisherman who became a tribune and orator by the force of the event, led a vast revolt in 1647 against the Spanish viceroy, a figure of power at the time. Beheaded in the public square, Masaniello, the Neapolitan hero par excellence, embodied this refusal to bend to outside diktat, spontaneously, naturally, without any particular taste for ideology, but simply because life circulates so strongly that it is very difficult to compress so much energy.

Naples has never been a land of ideologues. There is simply one of the most exacerbated sensibilities in Europe, where life does not rhyme in any way with the sanitized neutrality that we are promised everywhere else. Naples is viscerally independent, but also patient and almost ironic towards those who thought or think they were making it their own. We love Naples or we leave, that's the law and the rhythm imposed by this urban volcano, whose daily eruptions and incandescent desire remind us of the proximity of an equally explosive and underground neighbour: Vesuvius.

A cultural destination of choice

At the heart of this world of inexhaustible energy, traversed by the almost telluric forces of the subsoil, morals, ideas and behaviours telescope, collide, and insinuate themselves everywhere in a whirlwind that is reminiscent of the most grotesque tragedy or buffoonery.

This cultural and intellectual dynamism goes hand in hand with a manifest humanity that can be found at every street corner, asking for directions, hearing the laughter of old, young and children, and crossing the pride of looks that speak volumes about the certainty of knowing where one comes from

A city where art seems to have sprouted spontaneously, as if watered by the irrepressible genius of a people whose light is perhaps inspired by the sun that shines so brightly on the Gulf. From painting to music, from poetry to architecture, from theatre to dance... nothing is missing. Total city, full city, hallucinating city, Naples is still often misunderstood. Beyond the usual clichés and its very real dark side, take the step to also approach the generosity of a city whose brightness over the centuries has not finished surprising the traveler.

Leaving Naples to venture along the Amalfi coast means abandoning the bustle of the city, the bustle of its lively alleys, the wild and very chaotic traffic to find the peace of a landscape suspended between sea and sky. If the traffic unfortunately remains very dense in the high season, here the breathtaking view will help you regain your calm. Since 1997, the Amalfi coast has been listed as a UNESCO World Heritage Site for the beauty of its landscapes, typically Mediterranean, where man, despite the very rugged topography, has been able to respect the exuberant nature and preserve its original splendour almost intact.

A land of hikes

Finally, who said that a holiday on the Amalfi coast was limited to lazy days or boat trips? This tongue of land carved out of steep crevices, with slopes admirably carved into terraces by man over the centuries, is a paradise for walkers. The paths, on ledges above the vertiginous relief, or buried in the luxuriant vegetation, offer exhilarating panoramas, kilometres of coastline along which villages and seaside resorts are dotted as the relief unfolds. To stretch your calves in an enchanting setting, head for Punta Campanella, at the end of the Sorrento Peninsula, facing the island of Capri, the Valle delle Ferriere along the Canneto River, between Scala and Amalfi, or the Sentiero degli dei (Path of the Gods), perched 500 metres above sea level. It begins in Bomerano and ends in Nocelle. Most of the route is suspended 500 m above the ocean. An ancient smuggling route, it is now a footpath that even some people in the area do not know about. As the hike progresses, one discovers the deep beauty of the peninsula, landscapes where one still seems to hear the murmur of the sirens. The view from above is truly bewitching and unparalleled. As in the rest of the region, one doesn't seem very far from paradise anymore.

When? All year round it is possible to enjoy the Neapolitan way of life and the landscapes of the Amalfi coast.

Get there. It takes an average of 2 hours and 20 minutes to fly from Paris to Naples. 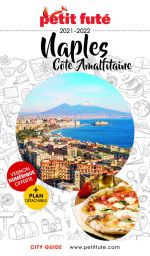 The 10 most impressive volcanoes!

A volcano and its eruptions can make you miss your holiday like in April 2010 with the Eyjafjöll in Iceland. But yet an ...