Welcome to Naples the rebel! A city with a sulphurous reputation, the third largest city in Italy, Naples is a passionate city, a city that can be experienced as much as it can be visited. The main city in southern Italy, it is often contrasted with the rich cities of the north. Rightly and wrongly. Naples is a rebellious woman. She boils like Vesuvius who watches over her, and at the same time threatens her. In the heart of its historic centre, cars and vespas compete in noise. And the San Paolo stadium, probably the noisiest football stadium in Italy, is both a furnace and a theatre. If the Neapolitan atmosphere is unique, so is its heritage. The old centre is a UNESCO World Heritage Site. Its charming alleys can testify to this. Its palaces and buildings are marked by the passage of the Greeks, Normans, Spaniards and Bourbons. So many occupants to whom the Neapolitans resisted. More original, you can also venture into the catacombs of the Neapolitan city. But a sightseeing tour of Naples does not stop in the city. The Bay of Naples, one of the most famous in the world, faces the famous islands of Capri, Ischia and Procida. The historic sites of Pompeii and Herculaneum on the slopes of Vesuvius, easily accessible, are also essential. And to eat, what could be better than a fish or a pizza? we might advise you to go there just to eat. Choosing the Campania region for a short stay in Italy means enjoying an enthusiastic destination, both in terms of the hospitality of its people and its climate. That's simply it, Naples, a city full of contrasts, of magnificent landscapes between sea and mountains. Generous by the richness of its gastronomy and culture. Immerse yourself in your Naples guide now to immerse yourself in Neapolitan customs, and packing your suitcases here is a must when visiting southern Italy. The southern capital is not just a rebel, it is a must! Remember to get some height before leaving it!

Head towards the Carthusian monastery of San Martino to have a view of the horizon of Naples!

What to visit Naples?

What to do in Naples ?

Turbulent and endearing, irreverent and religious, beautiful landwoman at the inlet: Naples never ceases to surprise and dazzle. It is more alive than visited, although it preserves an exceptional historical and religious heritage. Churches, museums, gardens, narrow streets with a crazy charm and islands offered to the seaside pleasure: a stay in Naples offers a unique experience and a beautiful slice of life. Dominated by Vesuvius, it is ...

When to go to Naples?

The sulphurous reputation of this jewel of the Amalfi coast does not detract from its charm.

Thanks to a mild climate in winter, and very sunny in summer, Naples is a city that can be visited all year round. Knowing when to go to Naples is therefore simple. However, there are two distinct tourist seasons. The high season in Naples naturally corresponds to summer. To avoid crowds, archaeology aficionados will therefore prefer May, June, September and October. In winter, tourist flows are significantly reduced. Might as well take the opportunity to visit the sites on the Amalfi coast. In the fall and winter, many establishments close, especially in November and early December. It is then more difficult to find accommodation for small and medium budgets, before a new peak in attendance for the end of the year holidays. Refer to the guide for the best places to stay.

Like the Italian capital, Naples enjoys a very mild climate. Much milder than that of France. All year round, the weather is pleasant. Summer is extremely hot and dry, although the sea air cools the atmosphere a little. In winter, mercury rarely drops below 10°C in January. The most pleasant seasons remain spring and autumn; ideal seasons to stroll around Piazza del Gesù Nuovo. Although, occasionally, the region may be subject to heavy but short rains

The Italian currency is the euro. No exchange or conversion problems, so no problem! In terms of budget, Naples is a slightly cheaper city than Paris or Rome. But don't expect to save a lot of money either

Good to know: in restaurants, the prices displayed do not include service and food. These will be systematically invoiced to you. Mineral water and bread are also subject to a supplement. Therefore, in general, allow an extra €3. Neapolitan cuisine is one of the most delicious in the world, so let yourself be tempted! No wonder if you're a little over budget for a restaurant!

EU citizens only need a valid (or expired less than five years ago) identity card or passport for a stay of less than three months. After three months, you will need to apply for a residence permit (permesso di soggiorno) that will be valid for five years.

No special precautions to take for your stay in Naples except to check that your vaccinations are up to date. Tap water is drinkable everywhere. Simply bring your usual medicine kit and good sun creams. In the event of a serious problem, assistance is well organised in Naples and the region. Pharmacies are generally open from Monday to Saturday from 8:30 am to 12:30 pm and from 4 pm to 8 pm. Remember to bring the European Health Insurance Card with you.

How to go to Naples? Our advice & tips

Many tour operators offer holiday packages. The most frequent ones are escapades and long weekends. Prices vary according to the means of transport chosen and the time of booking; last minute offers remain the most attractive. In Naples, since this is a suitable place, there are quite a few cultural trips. It is an excellent destination for a cultural trip. Choosing Naples for your trip to Italy will allow you to diversify your holiday activities. In addition to visiting the historic district, the various chapels, or the national archaeological museum, you have the opportunity to make more exotic excursions.

Stays combining Naples, Campania and the Gulf Islands are frequent.

It is very easy to visit Naples on your own. The city is easily accessible by plane. Public transport and hotel facilities are plentiful, you can make your choice. As in any large city, however, care must be taken with pickpockets in tourist areas. Do not wait any longer to live the experience of the Neapolitan way of life. Your Naples guide will accompany you at every stage of your stay.

The city's public transport network is not very well articulated, and it can be difficult to find information about it, due to the many transport companies operating in the city, but most tourist sites are served by metro lines. Moreover, some resorts are part of the splendid places to discover such as Toledo, Dante or Garibaldi resorts! Feel free to drop by if you have the opportunity, they are real underground works of art. Download the Gira Napoli application or Metro (Kinevia) to your smartphone for free to see the most convenient route to take. Boats connect the city to the Gulf Islands. On the other hand, banish the car from the city: traffic is quite complicated.

Prepare for your trip Naples

From Rome to Naples, discovery of Southern Italy 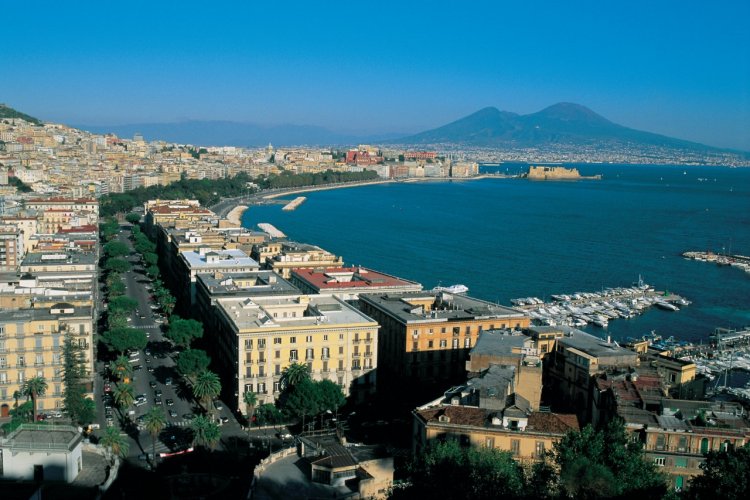 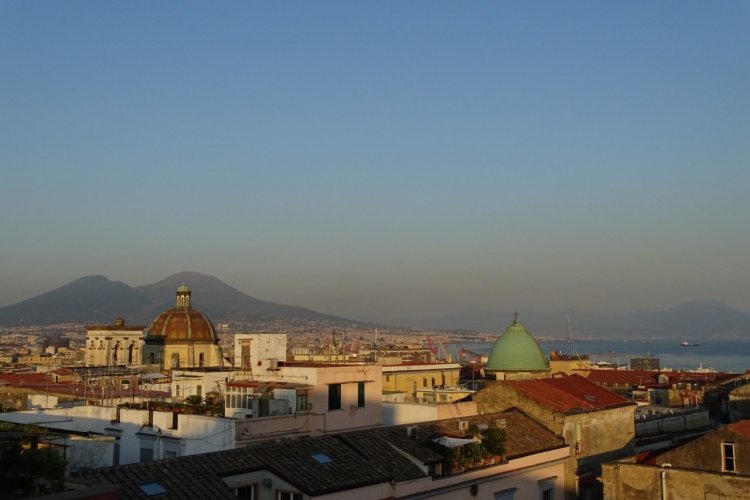 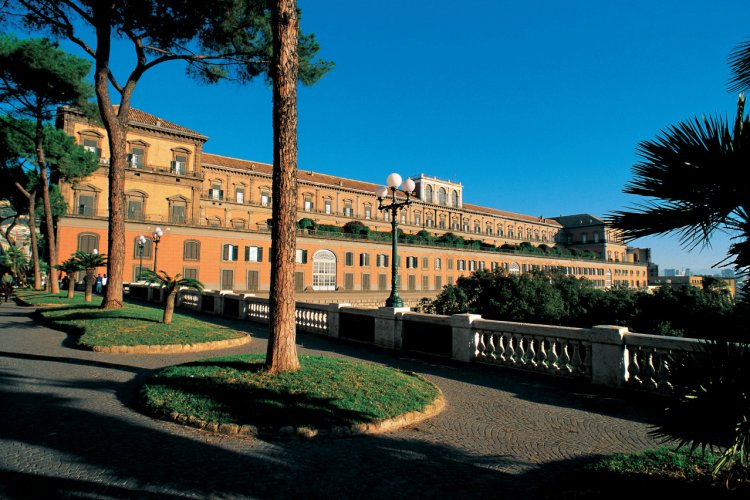 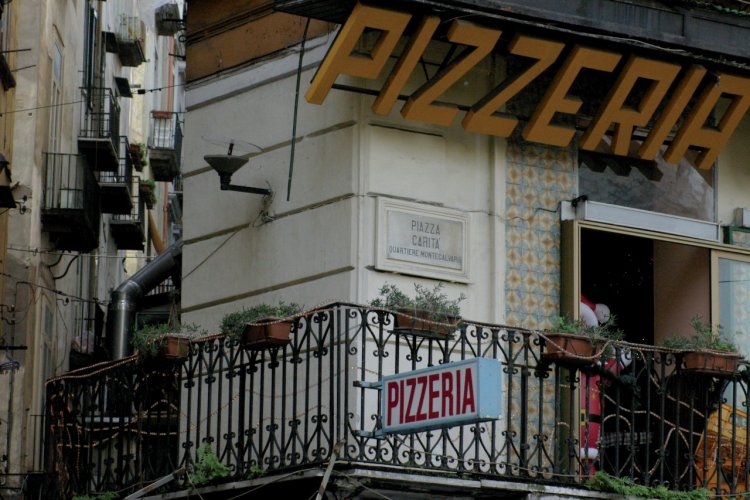 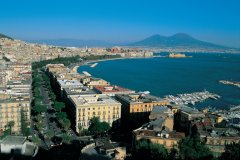 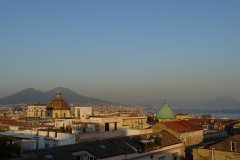 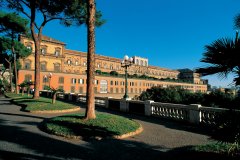 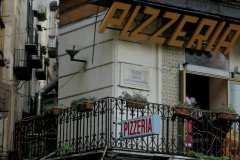 The sulphurous reputation of this jewel of the Amalfi coast does not detract from its charm.

Thanks to a mil...
Read more about it

Like the Italian capital, Naples enjoys a very mild climate. Much milder than that of France. All year round, the we...
Read more about it

The Italian currency is the euro. No exchange or conversion problems, so no problem! In terms of budget, Naples is a...
Read more about it

EU citizens only need a valid (or expired less than five years ago) identity card or passport for a stay of less than...
Read more about it

No special precautions to take for your stay in Naples except to check that your vaccinations are up to date. Tap wat...
Read more about it

It is very easy to visit Naples on your own. The city is easily accessible by plane. Public transport and hotel facil...
Read more about it

Many tour operators offer holiday packages. The most frequent ones are escapades and long weekends. Prices vary accor...
Read more about it

The city's public transport network is not very well articulated, and it can be difficult to find information about i...
Read more about it

Italian cuisine is renowned throughout the world and has many fans. From antipasti to pasta, pizza, gnocchi, risottos, carpaccios and ice cream, there are a thousand and one reasons to plan an Italian gastronomic getaway. The streets of Italian cities are full of restaurants and whether you decide to go to Verona, Naples or Milan, it is clear that Italian cuisine takes on a special dimension when you taste it in the country where it all ...

Land of joy, home of philosophers and poets, Naples and the Amalfi coast happily combine nature, art, culture, gastronomy and archaeological treasures. It is here that the ancient and forever fixed cities of Pompeii and Herculaneum, the remains of Paestum, the charms of Capri, Ischia and Procida, the unforgettable delights of the Amalfi Coast... You will soon see that Naples is a city of contrasts, between tradition and modernity, between ...

Nativity scenes are one of the strongest symbols of the Christmas holiday. Passionate craftsmen sometimes reproduce the Nativity episode to perfection. Between art and the sacred, these true masterpieces require a goldsmith's work that often spans the whole year, before they can be presented during the expected period that extends throughout the month of December. Whether traditional, original, living or inanimate, all these cribs are ...

The 10 most impressive volcanoes!

A volcano and its eruptions can make you miss your holiday like in April 2010 with the Eyjafjöll in Iceland. But yet an active volcano, its lava flows and ash projections, is THE trip to the center of the Earth that everyone dreams of, as long as you always remain careful. Le Petit Futé takes you from Kilimanjaro to Mount Fuji via Vesuvius for a torrid encounter with some of the most beautiful volcanoes on Earth. Nature's elements full of ...